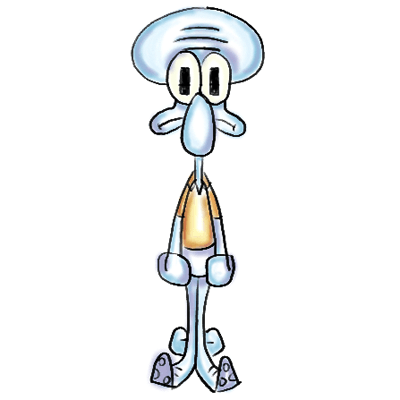 Step by Step Lesson : How to Draw Squidward Tentacles from Spongebob Squarepants

First, Sketch out the Outline of Squidward Tentacles’ head … an oval shape. Don’t worry about mistakes because you can erase these later. Later, you will be using a pen or marker to outline the ‘right’ lines.

Now draw 2 smaller vertical ovals at the bottom of the first bigger horizontal oval. These 2 ovals will be Squidward’s eyes. 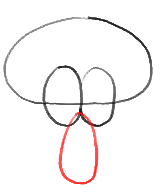 Now you should draw a slightly bigger oval between the 2 ovals that you just drew. This will be Squidward’s nose. 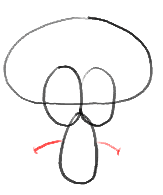 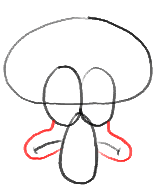 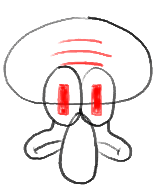 There are 2 things to do in this step. First draw 3 slightly curved downward lines above Squidward’s eyes.  These are Squidward’s brow lines. Now draw rectangles inside Squidward’s eyes…make sure to make them around the size that I made them.