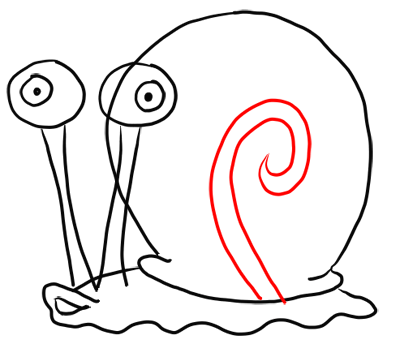 Now draw a curvy shell decoration which sort of looks like a bubble letter ‘P’. 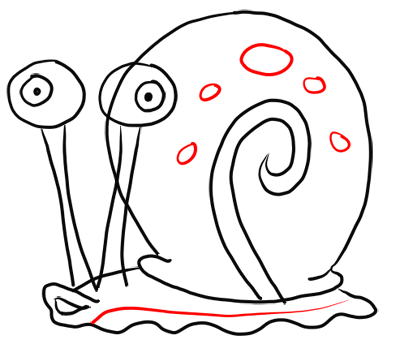 Now draw a bunch of circles around the ‘P’ shape. Also draw a line on Gary’s body. 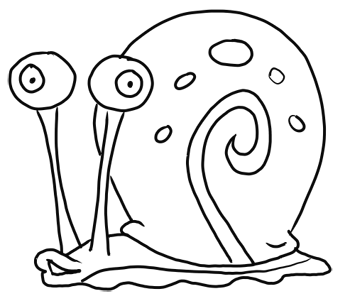 Now outline the ‘right’ lines with marker or pen and erase the remaining lines to look like this picture. 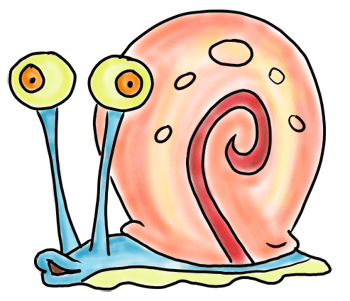 Use your watercolors, markers, colored pencils, crayons, or chalk to color Gary the Snail from Spongebob Squarepants. I used watercolors.