Do you want to learn how to draw Ivysaur, one of the most popular of all Pokemon characters amongst boys and girls? I have put together a step-by-step tutorial that will help you figure out how to draw Ivysaur by using simple shapes to build up Ivysaur’s form. This is an intermediate cartooning tutorial that older kids, teens, and adults will enjoy. Even some younger children might be able to draw Ivysaur if you stand by to help with the instructions. Enjoy!

How to Draw Ivysaur from Pokemon for Kids : Step by Step Drawing Lesson 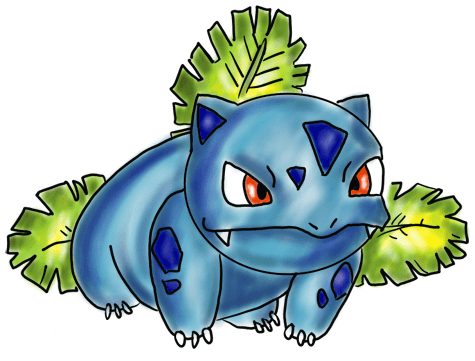 The above picture of a cartoon Ivysaur is what we will be drawing step by step today. Find this drawing tutorial below. Get out a piece of paper, a pencil, and a black marker. Good luck. 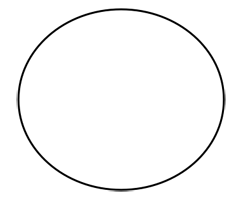 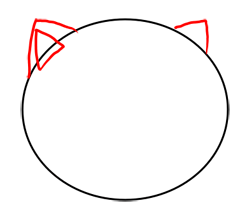 Now draw rounded triangle-like shapes for Ivysaur’s ears.  The left ear has a smaller triangle within it. 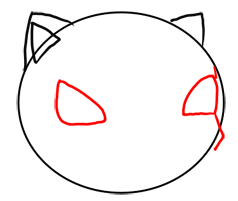 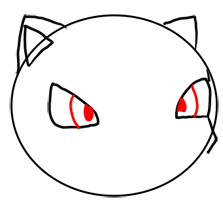 Now draw Ivysaur’s inner eyes by drawing a half-circly-like shape as well as a filled in oval. 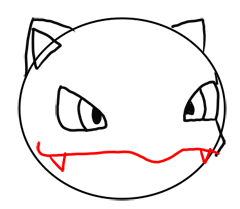 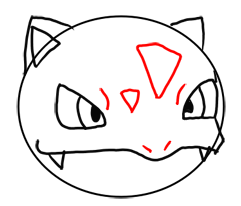 Now draw Ivysaur’s facial markings. 2 of these markings are upside down triangles.