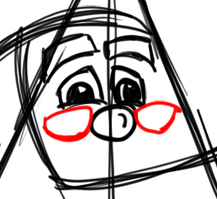 Draw a  wide letter ‘U’ on either side of Santa’s nose for his glasses. Also close each letter ‘U’ with a downwards curved line. 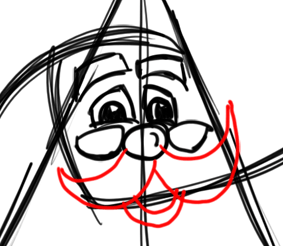 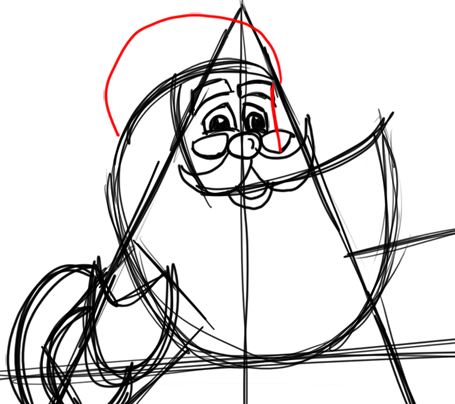 Now draw Santa’s hat as an upside down letter ‘U’. Also put a line dow the right side of Santa’s face starting at his right eyebrow and ending at the middle of his right eyeglasses lense. 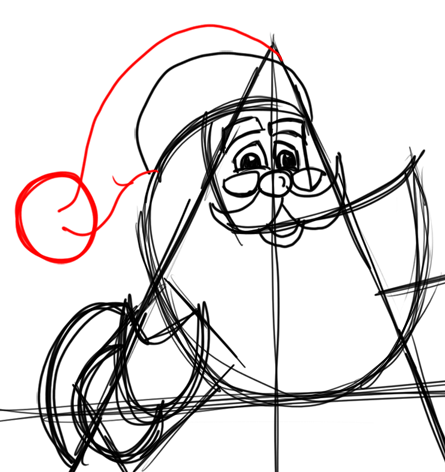 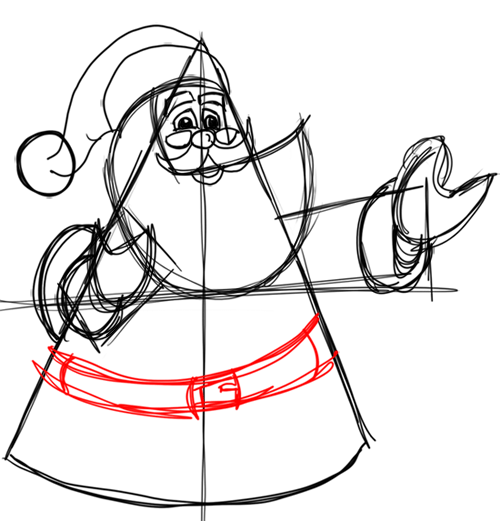 Now draw Santa Clause’s belt. Just follow the curve of Santa’s body (remembering that it is a rounded cone).