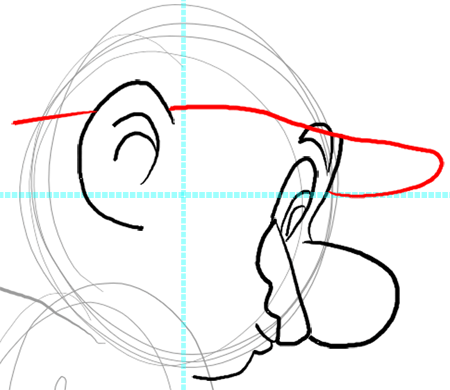 Now draw part of Mario’s cap which looks like a sideways letter ‘j’. Start it at the point that the blue line meets the nose’s bridge. 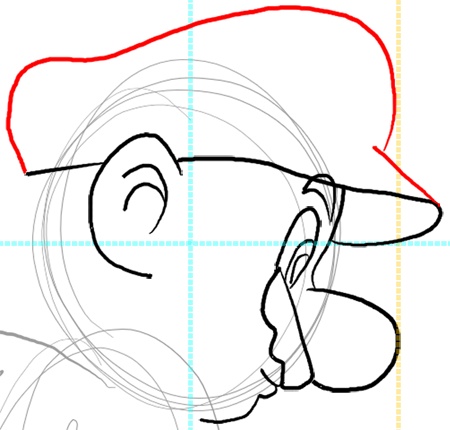 Now lets draw the other part of Mario’s hat. I drew the orange line to show you that the right side of the hat is at the same horizontal point as Mario’s nose. 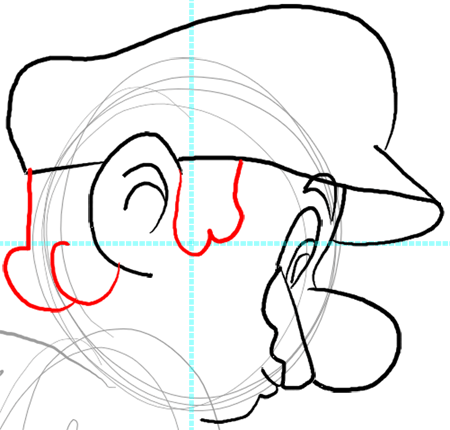 Now draw Mario’s hair. The hair to the right of Mario’s ear looks like a letter ‘W’. The back hair looks like letter ‘C’s. 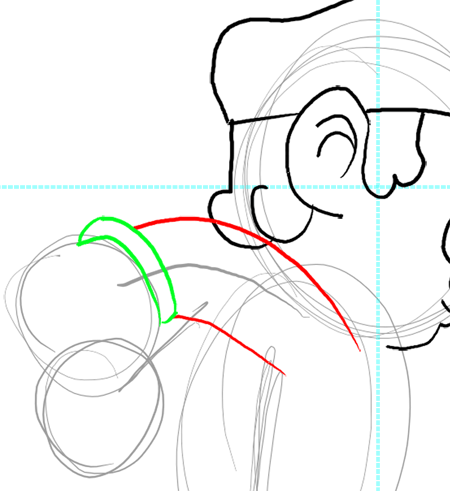 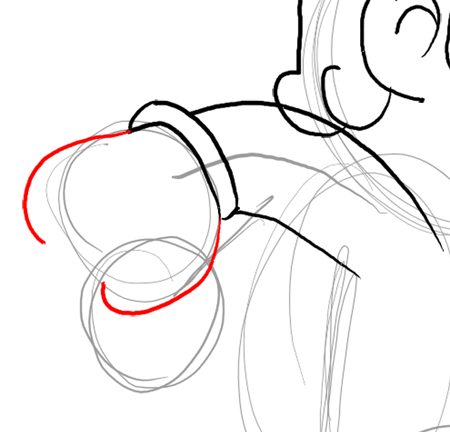 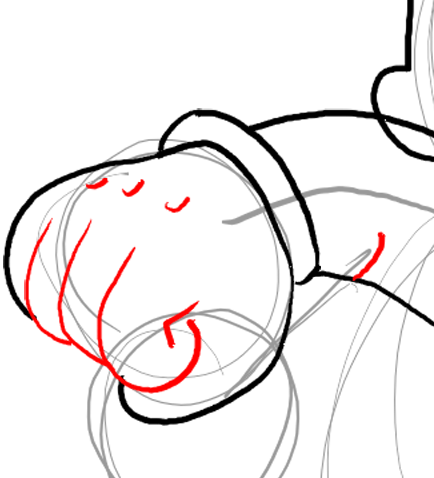 Now draw the rest of this hand. As you can see, the fingers look like backwards ‘j’s. and there also is a capital letter ‘L’. 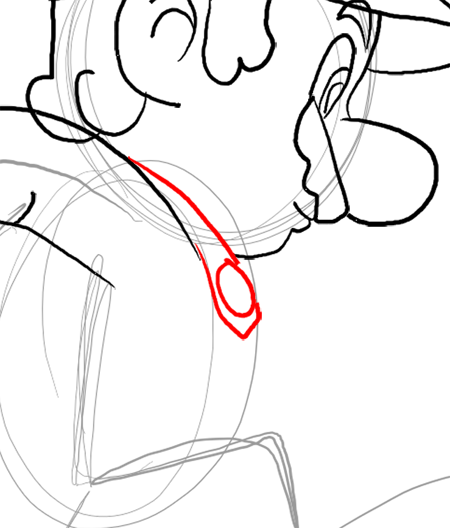 Marios wears overalls, so lets draw one of the straps now.