Do you want to learn how to draw Peter Griffin from Family Guy? I have put together a step-by-step tutorial that will help you figure out how to draw the dad, Peter, by using simple shapes to build up Peter’s form. This is an intermediate cartooning tutorial that kids, teens, and adults will enjoy. Even some younger children might be able to draw Peter if you stand by to help with the instructions. Enjoy! You might also want to learn how to draw the older brother: Chris Griffin,  the dog: Brian Griffin and  the evil baby: Stewie Griffin.

How to Draw Peter Griffin from Family Guy : Step by Step Drawing Tutorial 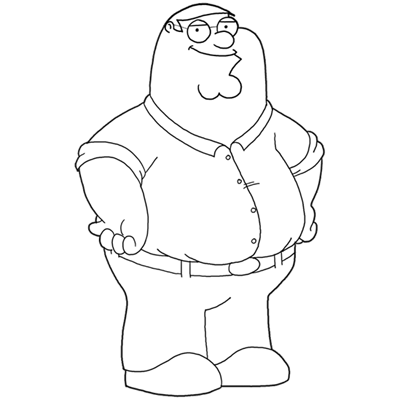 The above picture of a cartoon Peter Griffin from Family Guy is what we will be drawing step by step today. Find this drawing tutorial below. Get out a piece of paper, a pencil, and a black marker. Good luck. 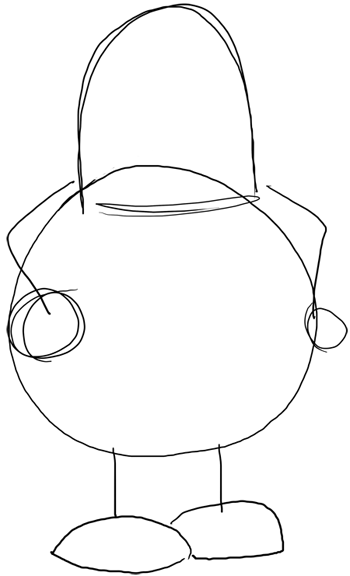 First, lightly draw out the basic shapes of Peter. Peter’s face is shaped like a gumdrop candy. 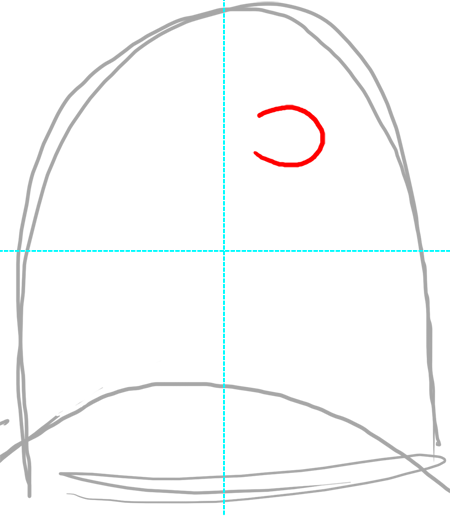 Now lets concentrate on Peter’s face. Lightly draw 2 lines cutting the head into quarters (one cutting the gumdrop shaped head in half horizontally and one vertically). Now that you did this, you will be able to more easily see where to place Peter’s facial features. Now draw Peter’s nose, a sideways letter ‘U’. Remember that the blue lines are there to show you placement position. 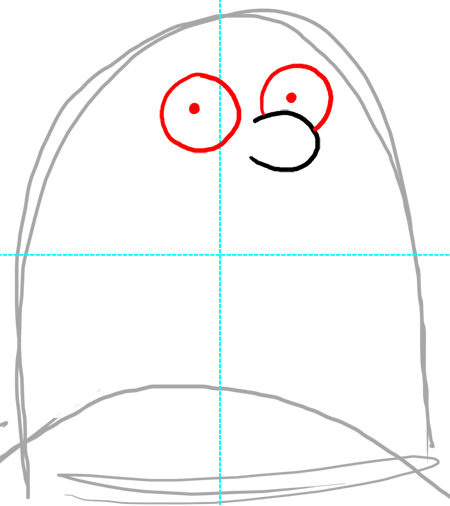 Now draw Peter’s eyes above the nose. Since Peter is turned towards the right, his eyes are not centered on his face, rather they are to the right of the gumdrop shaped head. 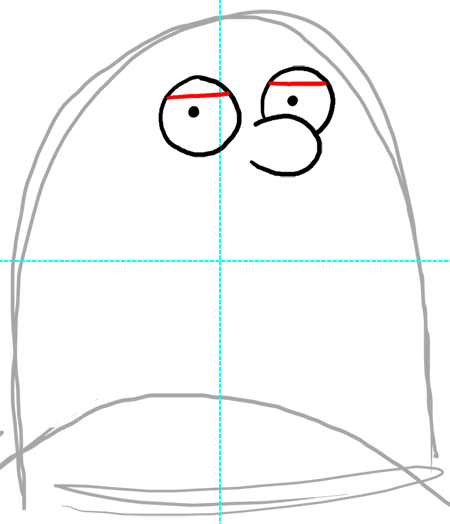 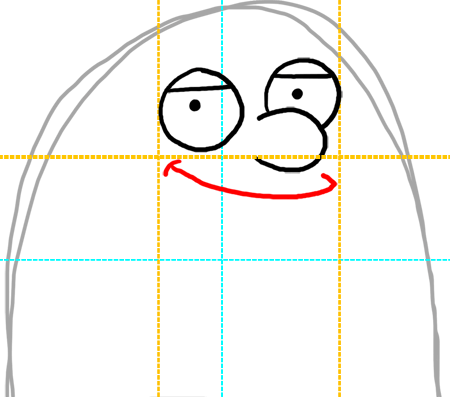 Now we will draw Peter’s pretty smile. 🙂 The orange lines that are on Peter’s face are to help show you visually where to place Peter’s mouth. Notice that the smile starts horizontally at the right edge of Peter’s right eye and ends at the left edge of Peter’s left eye. 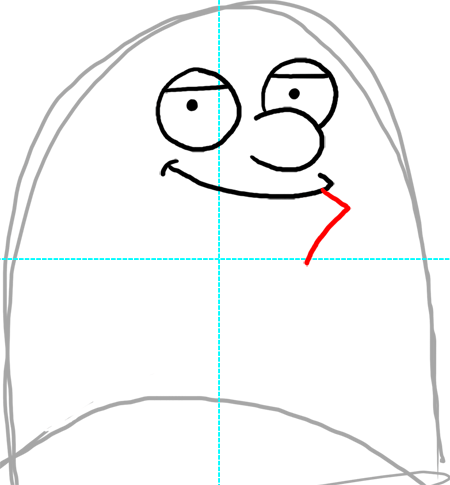