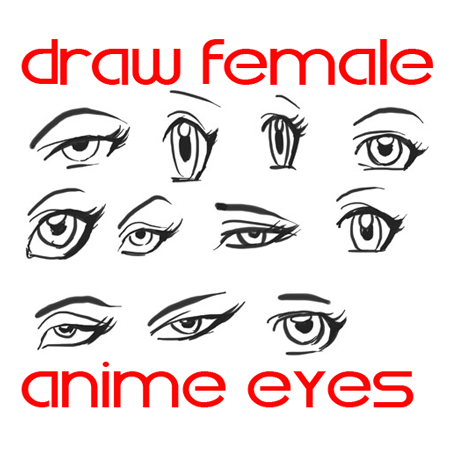 Here is a fantastic Anime & Manga Eyes (for Girls / Female Anime Eyes) that is very easy to draw with very impressive results. We will be teaching you how to draw Male Anime eyes in the next tutorial.

This tutorial will be for the most common Anime / Manga eye style for females which is a large and cute female eye commonly used for young female characters (aka girls).

For the upper eyelid, create a curved line similar to the one shown above. Make this curve slightly thicker than normal. 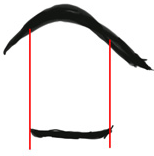 Now, draw a line below for the lower part of the anime eye. Observe the red guidelines to estimate the distances between the upper and lower eyelids. 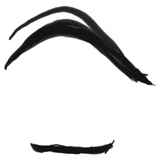 Don’t miss placing the upper part of the eyelid now. Notice how this keeps the eye from looking flat. 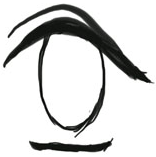 Now draw the iris by drawing a circle. Any sized circle will do but don’t make it too wide or too small. However, if you are drawing a non-human anime / manga character such as monsters, creatures, or aliens, you can experiment on making the circle bigger or smaller. 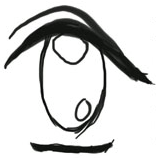 The anime / mange female eye is now almost complete. Now lets add the glare which is commonly added in anime / manga characters. Just as any other part of the eye, glare must not be ignored in anime figures. Glare often serves as a highlight within the eyes whenever light is present in some form. The light is somehow reflected off of the eye because of the shiny characteristics of the eyeball.

In this illustration, the light source is located above which produces a much larger glare above the iris. So as you can see, eye glares can vary in location depending on the light source.

Samples above best demonstrate how glares should be applied to the eyes. Red arrows indicate light source in different directions and glares originated where the light source is from. 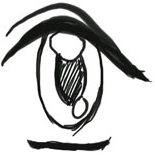 Now you can emphasize the pupil. Draw a little shaded circle corresponding to the shape of the iris in the center of the eye. 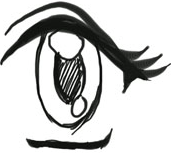 Lastly, draw in the eye lashes. Eye lashes may vary in size, shape, and placement depending on the female character that you are drawing.

FYI: Eye lashes are commonly present on females / girls…especially the younger ones. 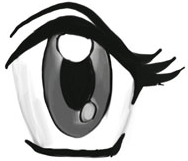 Add shading into the eye to finalize the drawing of the female eye. 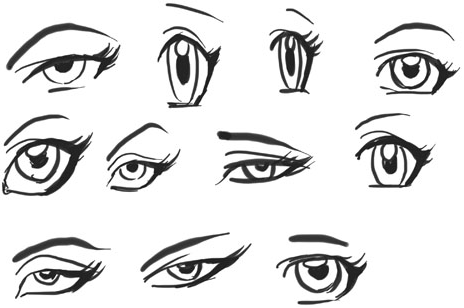 Above you can see a different variety of female / girl anime eyes that follow the same drawing methods. Eye construction may vary bases on age and gender. In this example, wider eyes and larger iris usually can be associated with younger children and teens and narrower ones can be associated with adult females. 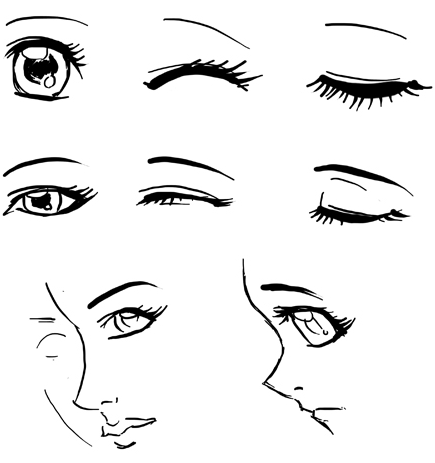 When drawing female / girl eyes in Anime / Manga style, always first define the style (whether or not you will be dealing with a typical wide eyed Anime character or a more realistic one).