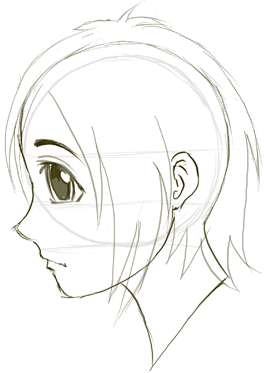 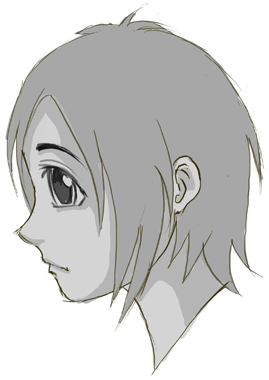 Clean up the sketch and add shading. 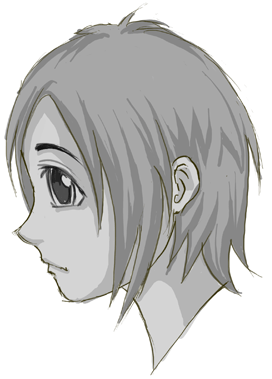 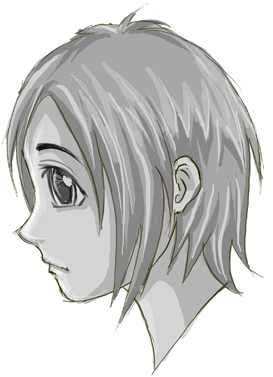 Apply anything to finish up your drawing, such as highlights.

Below, you will find some varying profiles of the head in Anime / Manga Illustration style.  The shape of the skull and jaw defines the overall look of the head. Observe the guideline and see how it affects the shape of the person’s face. A round and smooth jaw are commonly found on young and feminine characters. while boxy jaws and large chins are for adults and masculine characters. 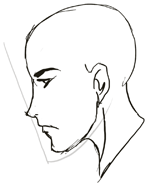 Young characters tend to have smooth and rounded jaws. 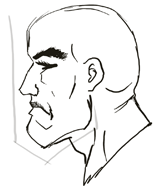 Masculine characters have more of a large and boxy chin.

Young and feminine characters tend to have smooth and rounded jaws.

Masculine characters have more of a large and boxy chin.