How to Draw Cartoon Heads & Faces with Proportions Grids

You might think that cartoonists just drawn the human head in any old way, the eyes, nose, etc., just being slapped on without the least regard for proportion or location. This is not so, the fact being that the cartoonist must know the exact proportions of the head and the location of its features before he can attempt to exaggerate it. After all, Cartooning’ IS simply exaggerating things as they are.

Therefore, in drawing cartoon heads you should first become familiar with its proportions and then simply exaggerate them so that in a general way, your cartoon still retains the correct proportions of a real head. 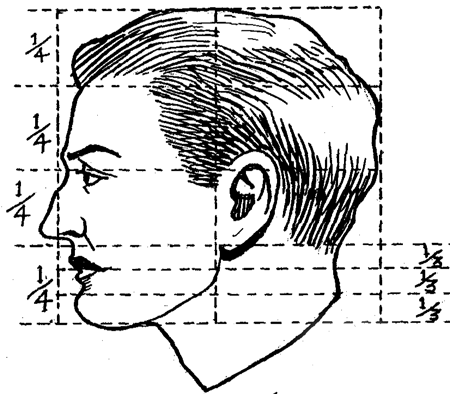 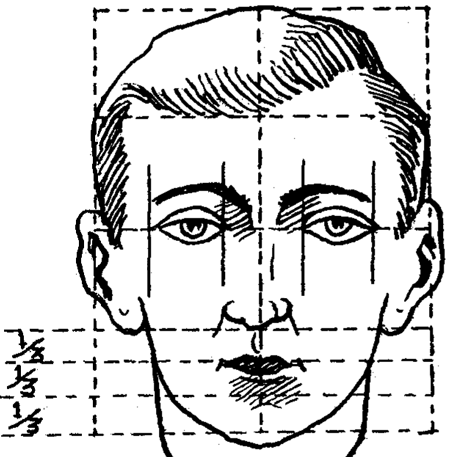 The picture above shows the proportions of the front view of the ideal head. The width of the head is about three-fourths of its height. The proportions as ‘just stated, from the top of the head to the chin, remain the sage, of course. You will notice, in this view, that “the space between the eyes is equal to the width o.f one eye. The front view is drawn on the form of a rectangle. Now these proportions are few and not hard to memorize if you will but put a little time to studying them and the two illustrations.

How to Draw Proportional Cartoon Heads

Draw a grid with 4 squares of each width and height that make up a bigger square. 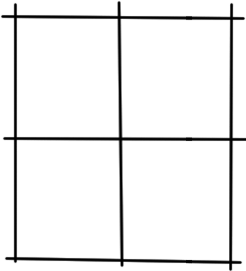 Below, there are 4 illustrations that shows you-a simple way of getting the general proportions in drawing a cartoon head, side view. The eye and ear should always be placed as close to their respective points as possible. 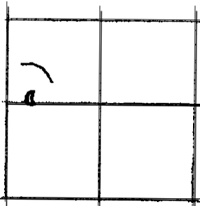 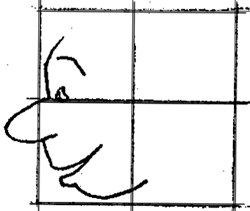 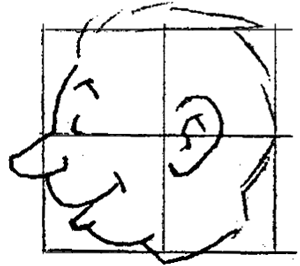 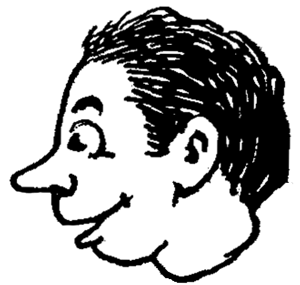