Do you want to learn how to draw Homer Simpson from The Simpsons? I have put together a step-by-step tutorial that will help you figure out how to draw Homer  Simpson by using simple shapes to build up Homer’s form. This is an intermediate cartooning tutorial that kids, teens, and adults will enjoy. Even some younger children might be able to draw Homer Simpson if you stand by to help with the instructions. Enjoy! You Might Also Be Interested in Drawing Bart Simpson and Maggie Simpson … and Lisa Simpson 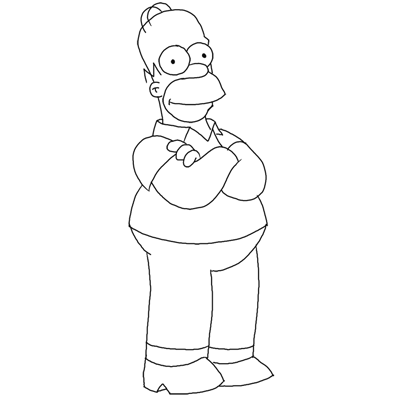 The above picture of a cartoon Homer Simpson from The Simpsons is what we will be drawing step by step today. Find this drawing tutorial below. Get out a piece of paper, a pencil, and a black marker. Good luck.

Take out your piece of paper and your pencil..we are about to sketch. Look at the picture above. I know that this doesn’t look anything like the finished Homer  Simpson picture that we are attempting to draw…but I will explain why the picture above looks so strange. Well, what I was trying to show you (in the picture above) was that Homer Simpson is made up of a bunch of simple shapes. Take a look at the image above and attempt to draw the simple-shaped Homer Simpson. Don’t worry about mistakes because you can erase these later. Later, you will be using a pen or marker to outline the ‘right’ lines. 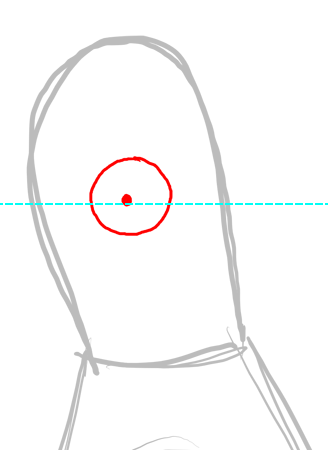 I drew the blue line to show you where to place Homer’s eye. I separated Homer’s gumdrop shape head into 2 halves. Do this too and you will then know where to draw the circle and pupil for Homer’s first eye. 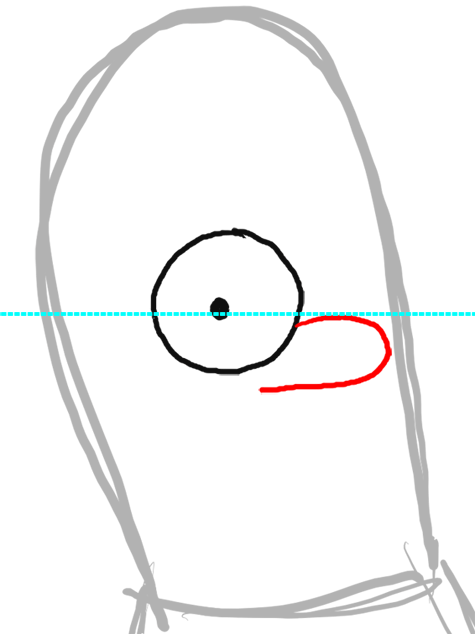 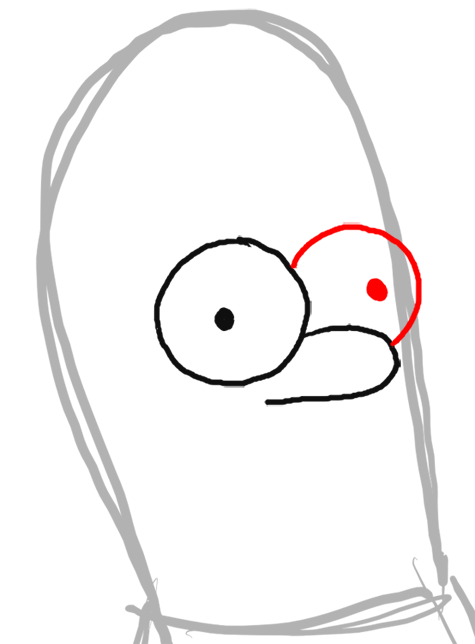 Now draw Homer’s right eye. It also is a circle, but part of it is hidden behind his nose. 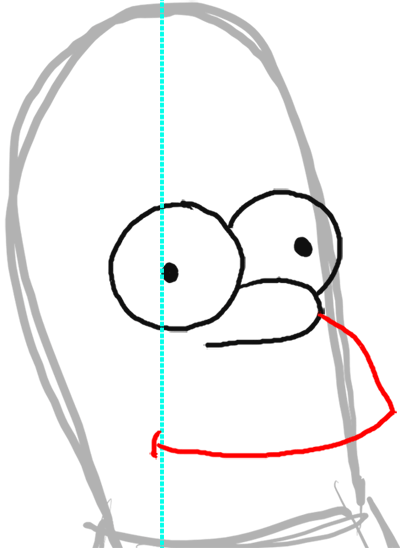 Now lets draw Homer’s mouth. I drew the blue line vertically along Homer’s left eye’s pupil to show you that this is about where Homer’s mouth ends. 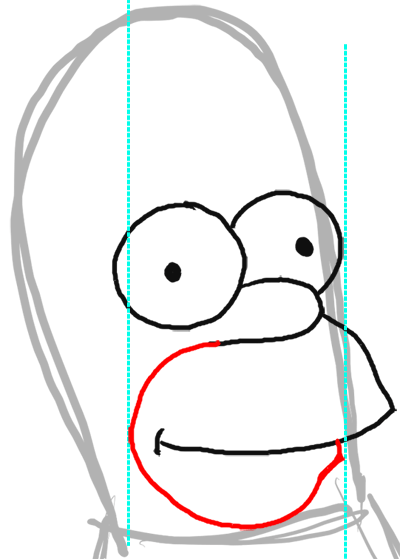