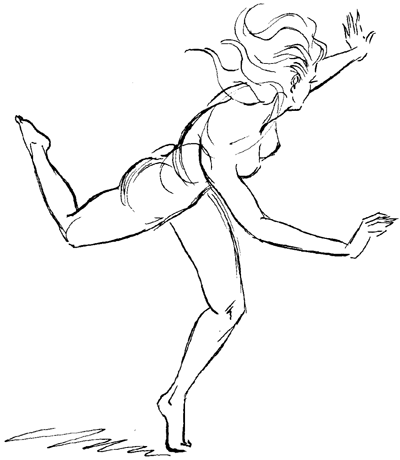 This woman was also drawn as if she was moving and in motion, but she was actually in a still pose. This is just an illusion.

But there is action in this relaxes, static figure, also. The action is in the lines formed by the contours (outlines) of her body.

The first is Variety. Remember the tin cans in the beginning of this lesson? The tin cans that had fallen made a more interesting drawing, because their outlines formed various angles with one another. It is important that you remember to apply this principle … variety … to figure drawing. 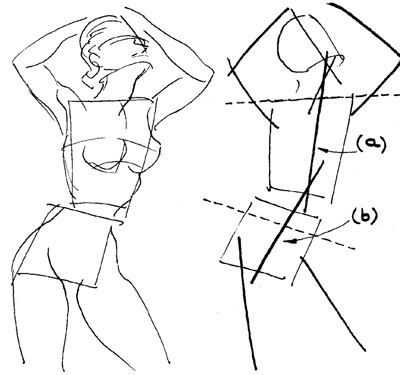 Above, you can see diagrams of figures showing variety in the directions of the lines that form the figures. Note that the line through the center of the upper part of the torso (a) crosses the line drawn through the lower section of the torso (b). 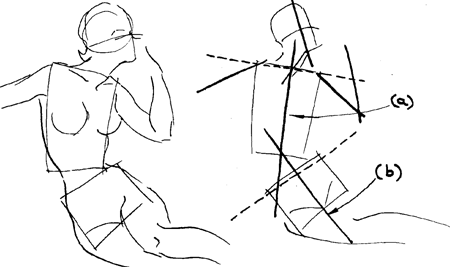 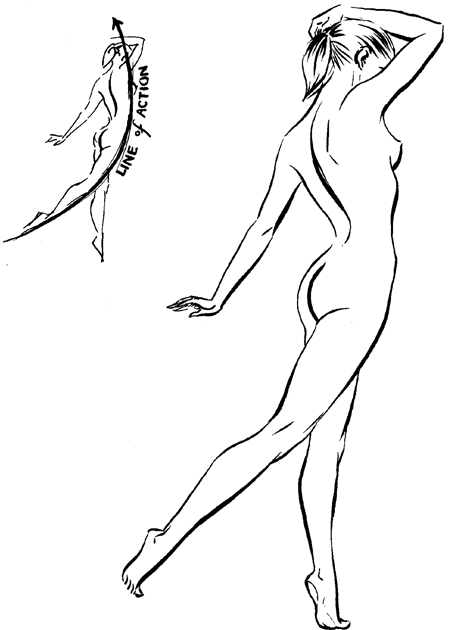 Not always is the action as obvious as in this case, but that doesn’t mean that there is no line of action.  The artist’s job is to make the important but subtle things more evident to the observer. The important thing about a drawing is the main idea that the artist wants to display. In the case of most figure drawings, it is the line of action. 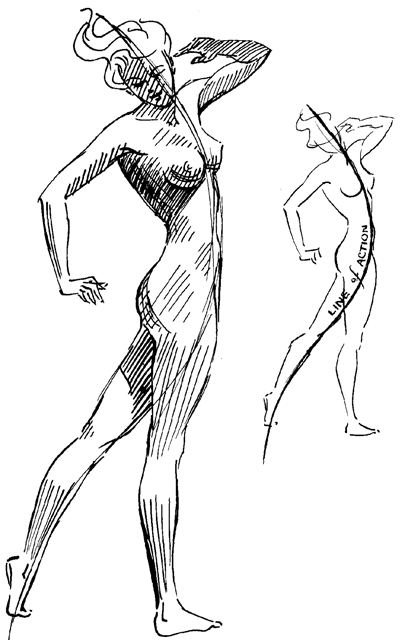