Hippos are a popular animal to cartoon as cute animals. However, did you know that in nature they are very dangerous, violent animals. Either way, I thought that it would be fun to draw cartoon hippos today so I have put together a simple step by step tutorial for kids of all ages, teens, and adults. Build up the hippo’s form with simple shapes, letters, and numbers. Enjoy the hippopotamus cartooning lesson.

Here is another Hippo Cartooning Tutorial 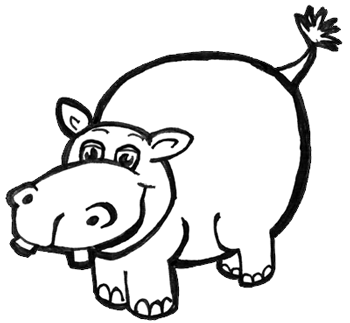 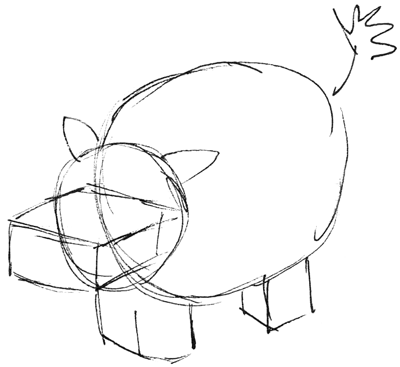 Firstly, draw the basic shapes that make up the hippo’s form…such as an oval body, an oval face…etc. 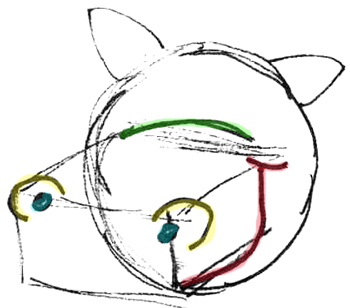 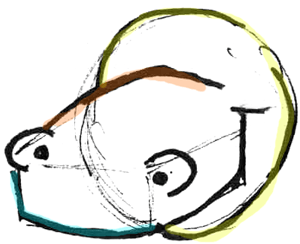 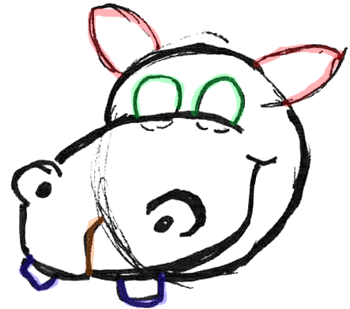 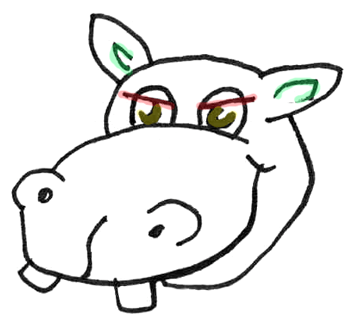 Now draw a sideways letter ‘v’ in each ear (highlighted in green). Draw a bubble letter ‘c’ in each of the hippo’s eyes for irises / pupils. Also draw an eye lid for each eye (highlighted in pink). 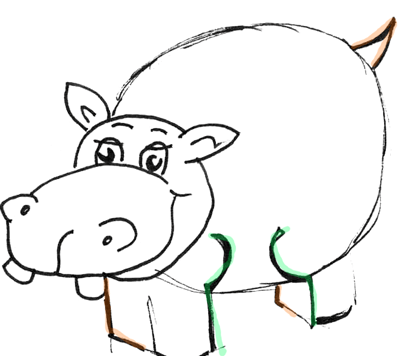 For finishing touches, draw the curved bottoms of each foot and then draw ‘m’ like shapes for the hippo’s nails. Also draw a zig-zaggy tail ending.

Now just erase lines that you don’t need and outline the ‘correct’ lines with a black pen or marker. Making thick, interesting lines instead of the thin pencil lines makes quite a difference in the end result, doesn’t it? If you are having problems figuring out which lines to erase, then reference my drawing (above) for help. Now you will have an amazing cartoon drawing of a cartoon whimsical hippo to show off to your friends.

Here is another Hippo Cartooning Tutorial