Do you watch the Cartoon Network TV Show, Chowder? Well, I have put together an easy, step by step drawing lesson for drawing Chowder, one of the characters on the show named after him. This tutorial is easy enough for kids, teens, and adults. Younger kids might be able to draw this too if you help them with it. Good luck. You Can Learn how to draw Chowder Characters Here. 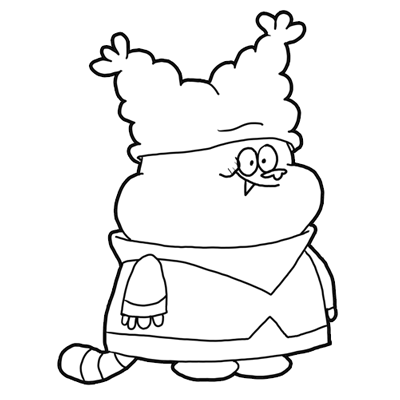 How to Draw Chowder with Easy Step by Step Drawing Lesson 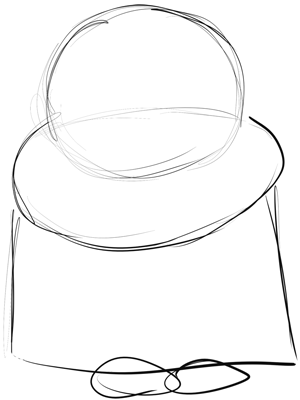 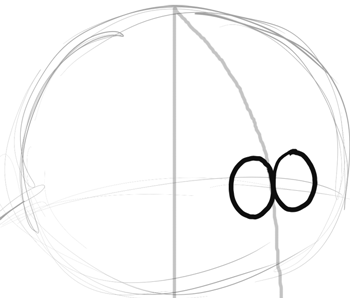 Now draw 2 circles that look like a sideways number ‘8’ . These will be Chowder’s eyes. 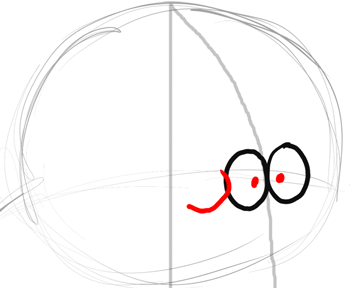 Now draw a dot in each eye for Chowder’s pupils. Also draw the cheeck by drawing a backwards letter ‘c’ like shape. 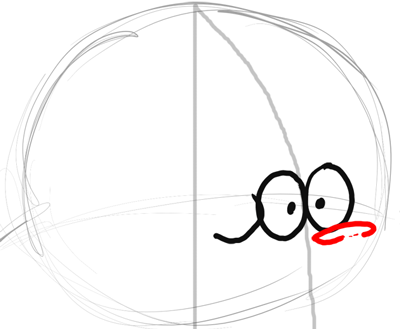 Now draw Chowder’s nose underneath the right eye. You can see that the shape is an oval like shape. 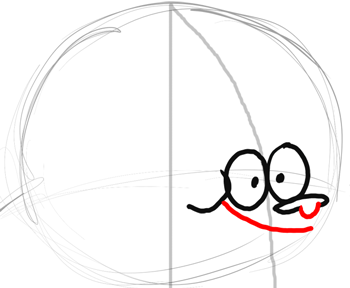 Draw a letter ‘u’ like shape in the oval (as seen above). Also draw a smirky-smile with an upwards curved line from just below the nose, and raw it up to the cheek. 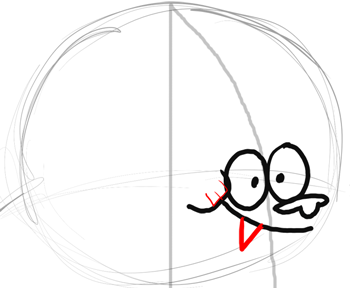 Okay now draw a backwards capital letter ‘E’ inside the cheek (in thin line). Also draw a letter ‘v’ like shape on the left side of the mouth for Chowder’s tooth.