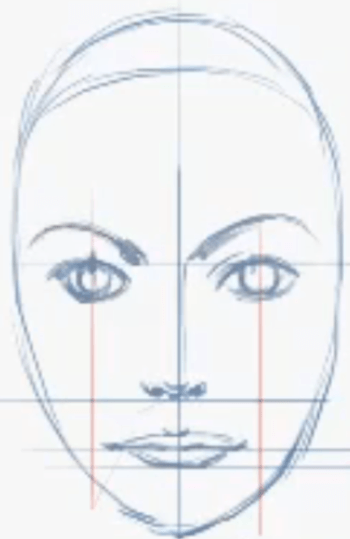 Now draw the other eye the way that you did with the other eye. Notice that the eyes are about an eye’s width apart. Also draw a line down from one of the eye brows. Draw the nose above the 2nd horizontal line down. 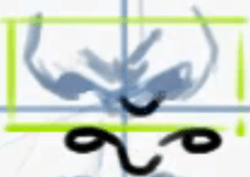 Here is how I draw the nostrils. 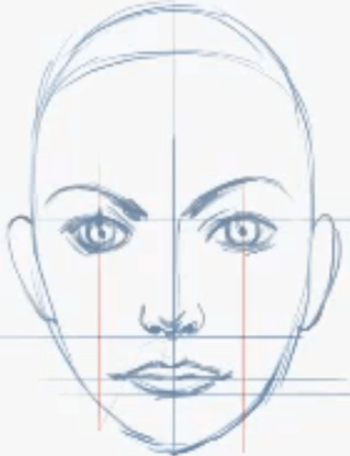 Now notice that the ears were drawn in between the first and 2nd horizontal lines … in other words, the ears are placed between the tops of the eyes and the bottom of the nose. Also, put in more details to the nose and start drawing in details, such as the pupils to the eyes. 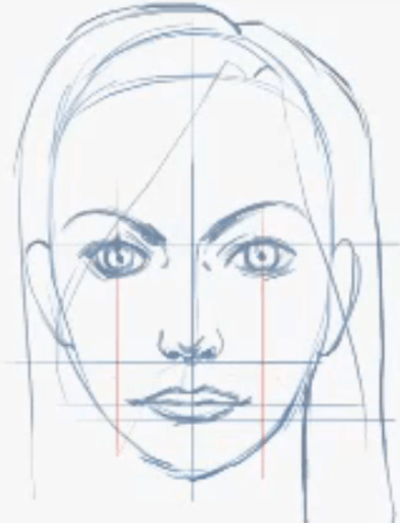 Notice now the hair has been drawn in and the girl’s face is starting to look like a girl / woman.

Proportions of the Face – What to Remember 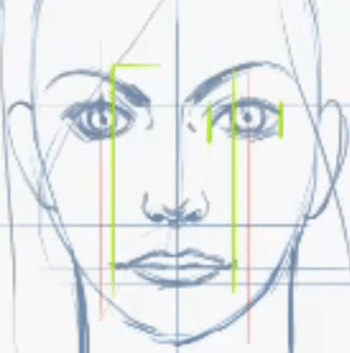 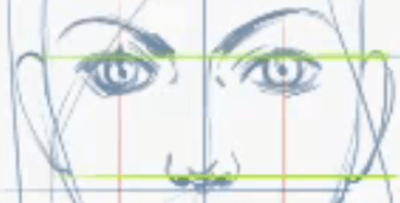