When drawing a cartoon character who is doing something, such as running, turning, jumping, etc then you will want to draw a line of action. A line of action is an imaginary line that extends through the main action of the comic figure. Learn how to draw this ‘line of action’ in the following cartooning / drawing tutorial. 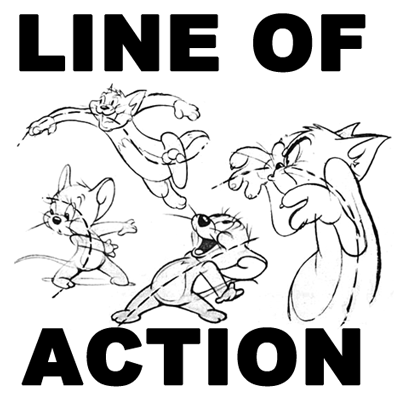 An imaginary line extending through the main action of the figure is the “Line of Action” — Plan your figure and it’s details to accentuate the line — by doing this, you strengthen the dramatic effect of your cartoon figures — the first thing to draw when constructing a cartoon figure is the line of action — then build over that. 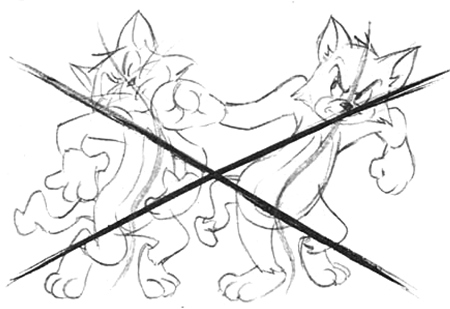 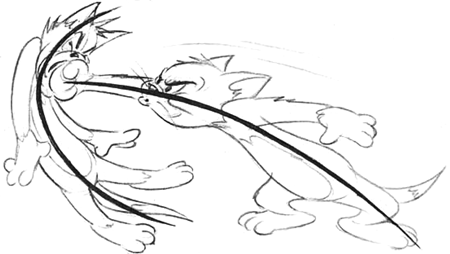 Right! Lines of Action Fit and Are Accentuated

Wrong and Then Correct

Wrong and Then Correct 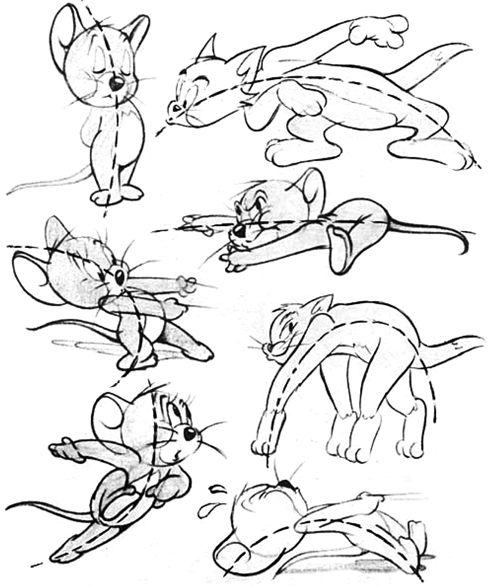 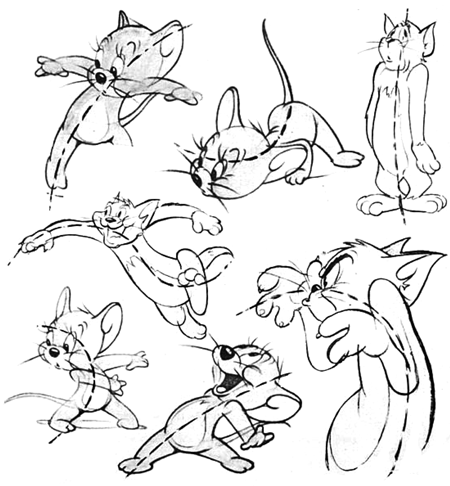