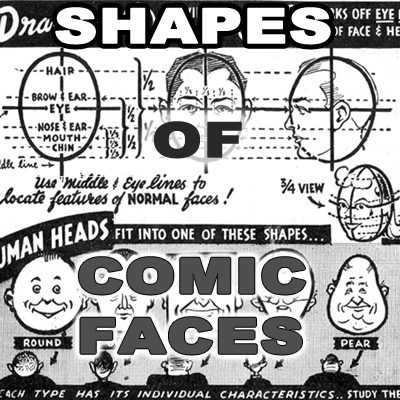 To start drawing the human face, draw an oval. Then divide it with a ‘t’ shape so it looks like crosshairs. Doing this will mar off the eye-line and the middle of the face / head. You use the middle and eye lines to locate the features of a ‘normal’ face.  The following heads will help you learn how to draw the ‘normal’ face & head. Later, you can distort the ‘average’ person’s face / head to make humorous cartoon characters. 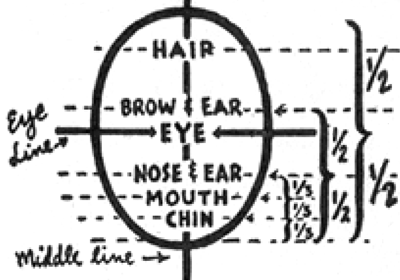 Above, see proportions of a ‘normal’ person’s face. Draw an oval, find the half mark vertically (up and down) and horizontally (right and left). This is the center line and the eye line.

Right above the eye line, put the eyebrow line (also the top of the ear line).

Find the half way point between the brow line and the chin line to the find the nose line (also the bottom of the ear line).

Now separate the point between the nose and the bottom of the oval into 3 equal parts (or in other words, into thirds).  The top line is the nose line. The next line is the mouth line. The last line is the chin line. 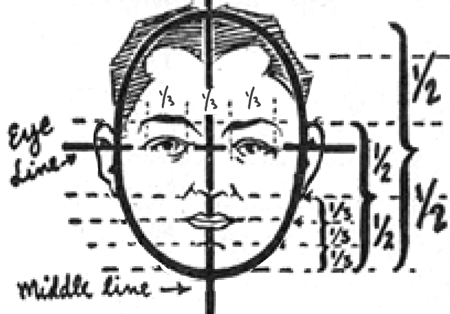 This is the same picture as above, except the person’s facial features have been drawn in. 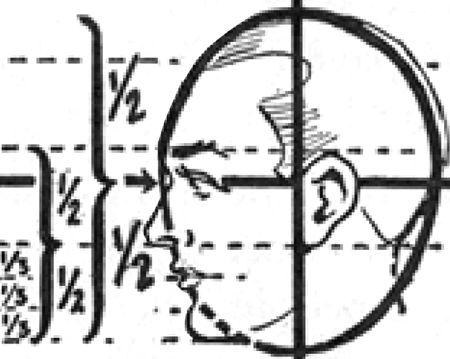 The proportions of the human’s face in profile is the same as from the front. 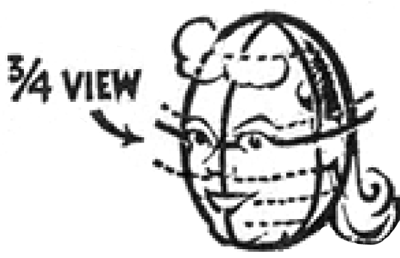 The proportions of the human’s face in 3/4 view is also the same as from the front.

All human heads fit into one of the above head shapes … round heads, oval heads, square heads, egg heads, and pear heads. Each of these types of comic heads has individual characteristics. Study the heads / faces above to figure out how to draw each of them.