Everybody loves playing Punch Buggy when they see  Volkswagen Beetles driving on the road. Do you want to learn how to draw a Volkswagen Beetle? Below, find the step by step drawing tutorial that will guide you through the illustration process of drawing one of these cars. Kids, teens, and adults alike will be able to complete this drawing tutorial. 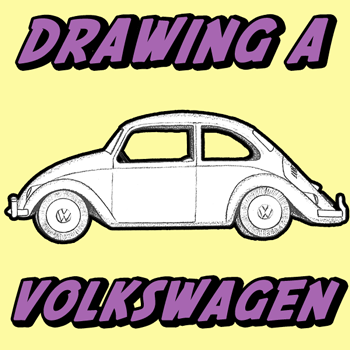 Now, using the grid that you drew in step 1, draw each rectangle, as if each were its own picture.

I highlighted the new lines that you have to draw.

Now that you have the basic shell of the car done…in step #4…you can add the details to get the finished car.