The Penguins of Madagascar is a Nickelodeon cartoon show that comes from the Movie Madagascar. Today, I am teaching you how to draw King Julian, a ring-tailed-lemur, from Penguins of Madagascar. I have put together an easy step by step drawing tutorial that builds up King Julien’s form with simple shapes. Not only will young kids be able to do this, but also teens and adults will enjoy it as well. Find the easy Private drawing lesson & instructions below. Good luck. 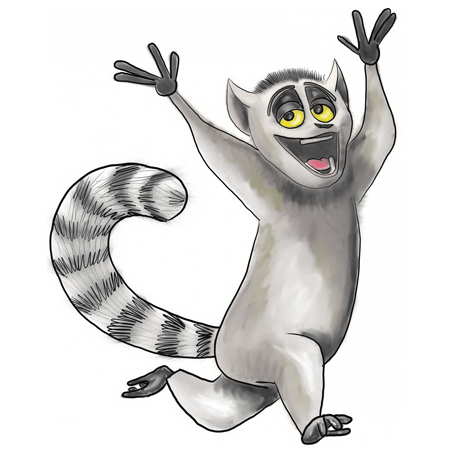 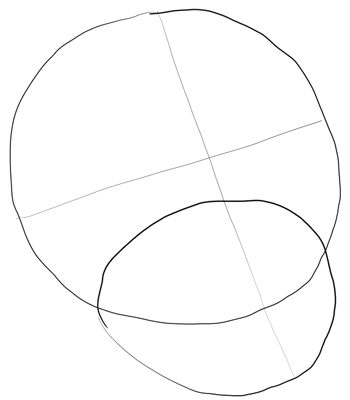 Start off drawing King Julian by drawing the basic shapes that make up his face…a circle and an oval. King Julian isn’t looking straight ahead so his facial features are closer to the right side of his face. Put a guideline in the center horizontally (left and right) of the circle and a line further to the right than center vertically (up and down). 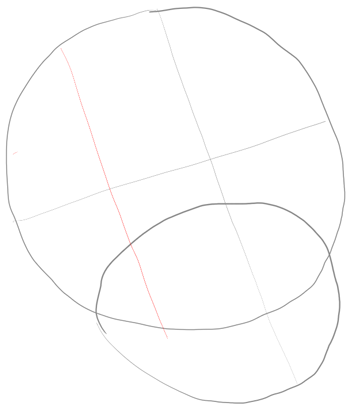 Now lightly sketch a guideline in the center of the left side of King Julian’s face. 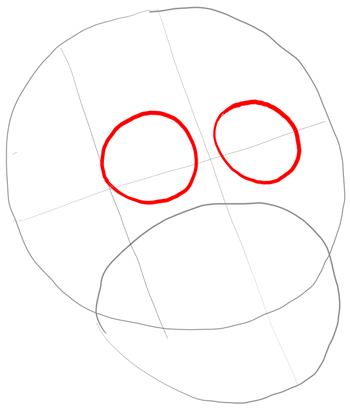 Now draw both eyes…the one on the right is a little smaller and a little bit more of an egg shape. Use the guidelines to figure out where to place his eyes. 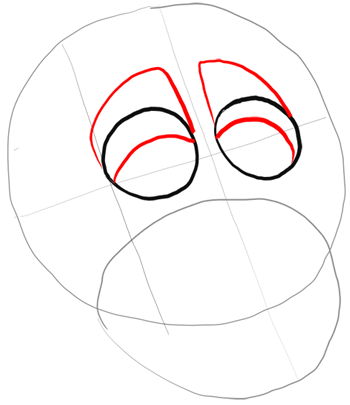 Draw eyelids inside the eyes…the same shape as the top of the eyes, but lower down (as pictured above).  For the outer parts of the eyes, draw a line up from both of the inner eyes and then draw a curve down towards the outer eyes. 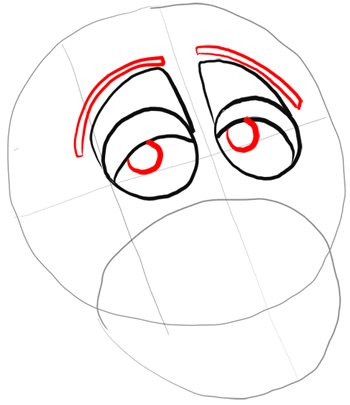 Draw the eyes brows and also draw a little circle inside each eye for the pupils. 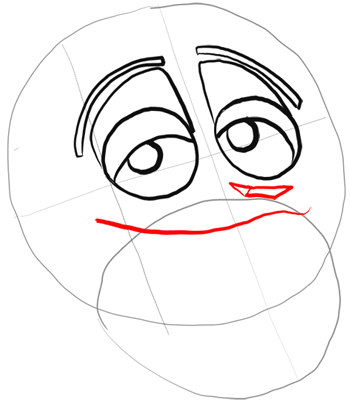 Now draw the top of King Julian’s mouth by drawing a line that is slightly slanted up … notice the placement compared to the smaller circle guideline. Also draw King Julian’s nose by drawing the shape that you see above (notice that the nose is made up of 2 shapes … a triangle and a rectangle-ish shape). 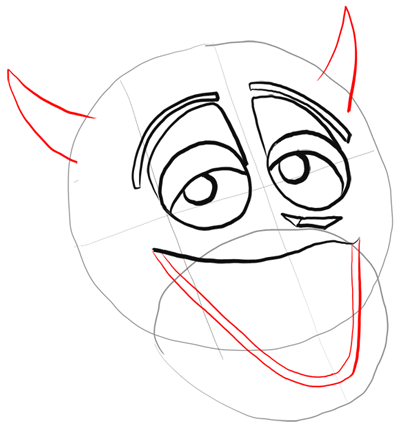 Draw horn like shapes at the top of King Julian’s head. Also draw the bottom of his mouth by drawing a bubble letter – ‘U’ like shape…notice the placement of the ‘U’ shape within the smaller circle guideline shape. 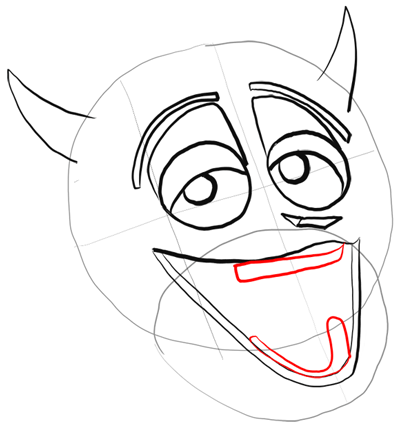 Draw King Julian’s teeth…the top teeth are a rectangle-like shape and the bottom teeth are a bubble-letter ‘U’ like shape. 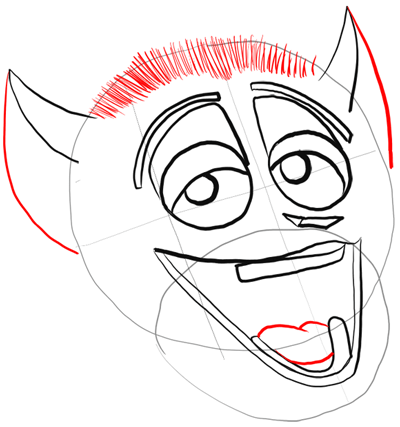 Draw King Julian’s tongue now…draw a sideways number ‘3’ like shape for the top of the tongue. Draw little lines for multiple hairs. Draw the bottom of each ear too. 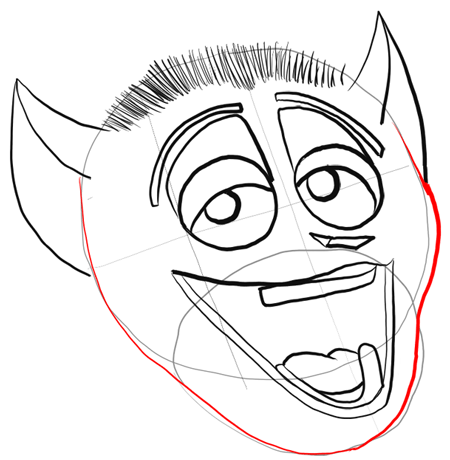 Now re-trace the outer shape of King Julian’s face by tracing the circle outlines that we drew in step #1. 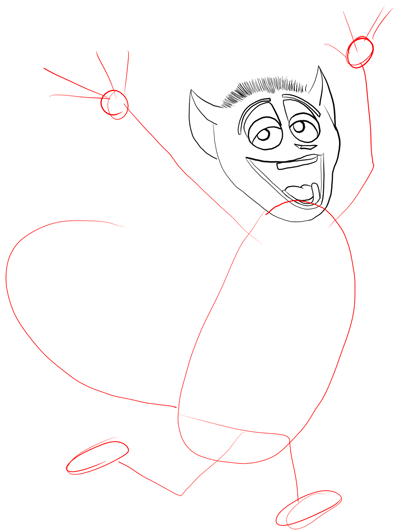 Now draw a stick figure-like body…draw a large oval for his body….lines for the legs and arms and ovals for the hands and feet. 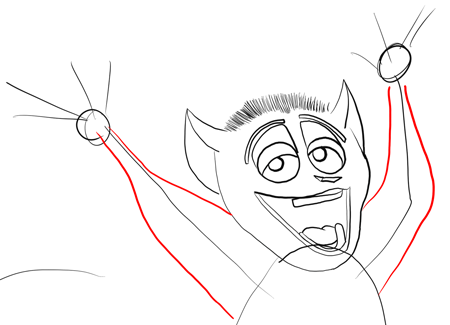 Now give a solid mass to each arm, as pictured above. 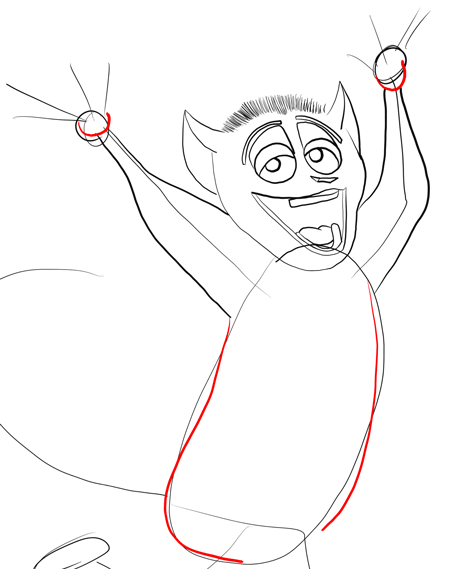 Now just refine the shapes that you already drew, with darker lines. 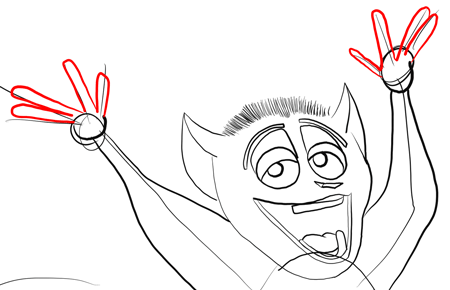 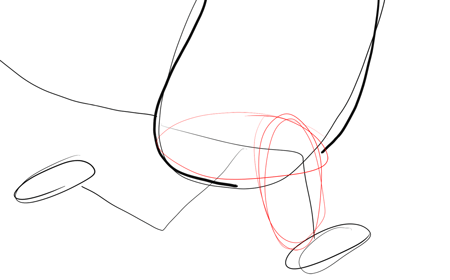 Now give the front leg some form by drawing 2 ovals, as picture above. Give the fingers mass too. 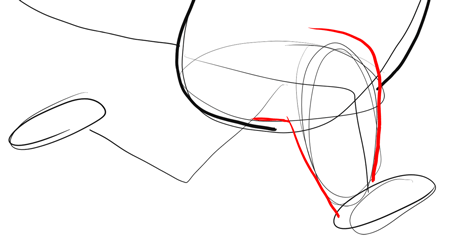 Now outline the ovals that you drew for the front leg…with darker lines. 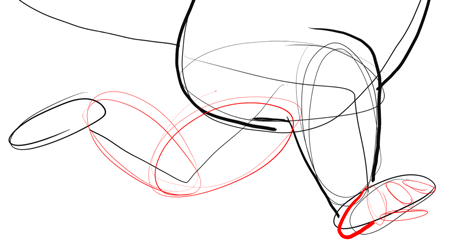 Now draw 2 ovals for the back leg and draw 4 ovals for toes on the right foot. Also draw the back of his front foot by drawing a letter ‘c’ like shape. 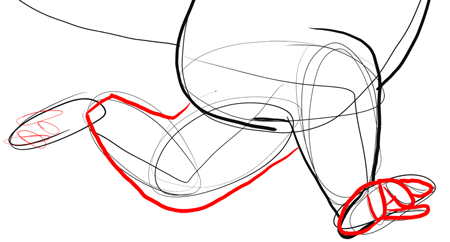 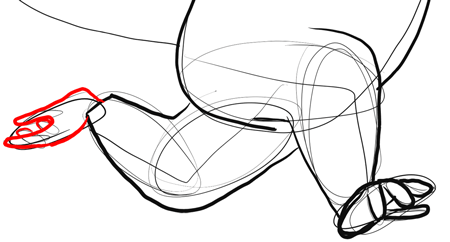 Now draw the outer lines of the back foot…notice that it looks like a backwards letter ‘c’. 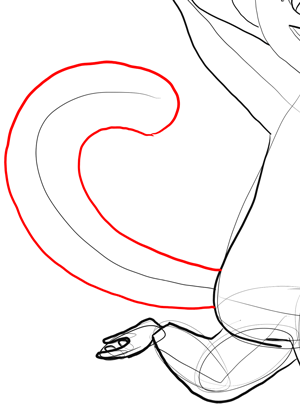 Now draw the tail with mass…it looks like a bubble-letter ‘c’ shape. 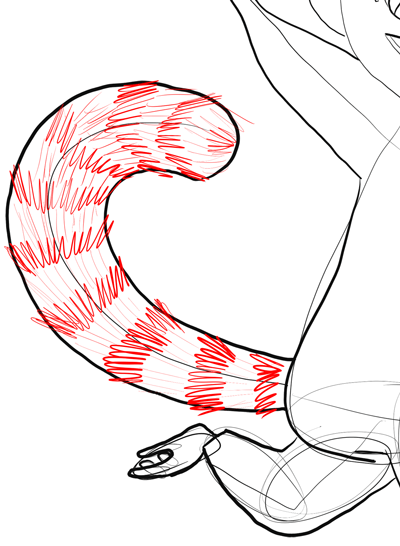 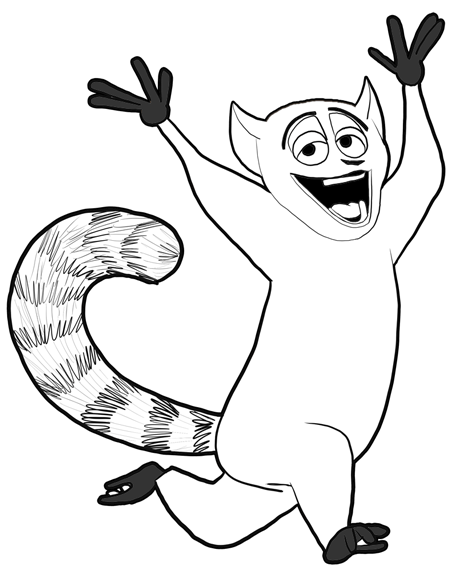 Now darken the outer lines and erase lines that you don’t need anymore….make the picture look as much like the picture above as you can.