Bessie Kajolica Higgenbottom is a 9¾ year old and the most ambitious Honeybee scout in the troop. She speaks with a lateral lisp and is claustrophobic.[2] As a member of the Honeybees, Bessie wears her uniform every single day, puts tons of energy, zest, and zeal into everything she does, and has earned more Bee Badges than any Honeybee in history.   Bessie is superoptimistic, a super spaz, a bit bossy, but with good intentions”. Learn how to draw her with the following step by step drawing tutorial for kids who love The Mighty B…the tutorial is below. 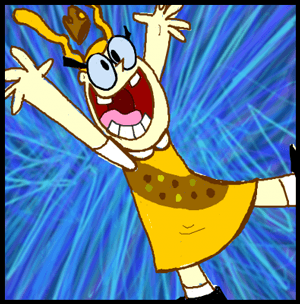 How to Draw Bessie Higgenbottom from The Mighty B! with Easy Step by Step Drawing Lesson for Kids

First draw an oval (you can do it in black and white…I just happened to do this tutorial in color, but you don’t have to). 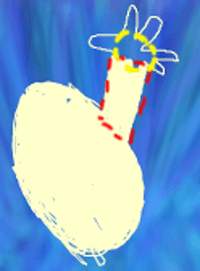 Now draw her right arm…I highlighted the part in red to show you that her arm looks like a rectangle. I draw a yellow circle at the end of her arm to show you that her fingers are drawn around this circle. You can draw the fingers by draw longer-than-usual letter ‘U’s. Notice that the arm is going towards her right side and doesn’t go above her head. 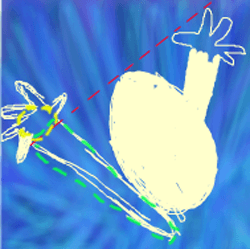 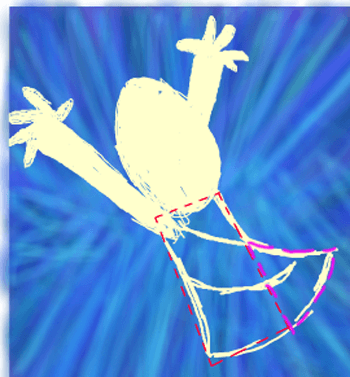 Now lets draw Bessie’s body and Scouts dress. I highlighted part of her dress in a red-dashed line ( a rectangle) and part of it in a purple dashed line (a curved triangle) to show you how to make her dress. Also draw her sash. 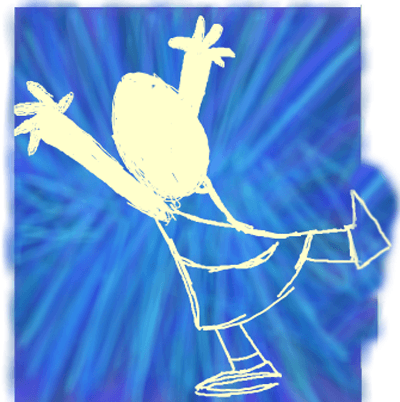 Now draw her legs and shoes. There is one more picture included in step #5, and it is right below. 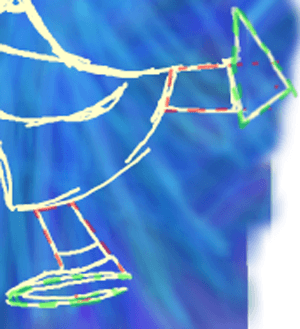 I highlighted her legs to show you that they are both rectangles. I highlighted the right shoe shape – sort of a triangle…and on the left shoe, you can see an oval in there (highlighted in green). But also draw the part above the oval…sort of a letter ‘m’ like shape. 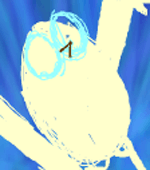 Now lets focus on Bessie Higgenbottom’s face for a while. Draw 2 circles at the top of her face…in between these 2 circles, draw a sideways letter ‘v’ for her nose. 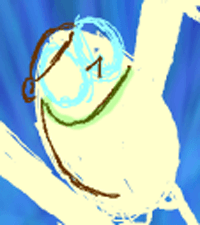 Now draw a sideways number ‘8’ for her ear and hair (the bottom of the 8 is much much smaller than the top). Also start drawing her mouth…the top (highlighted in green) looks like a sideways letter ‘J’. 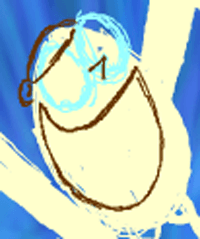 Now finish up drawing her mouth. 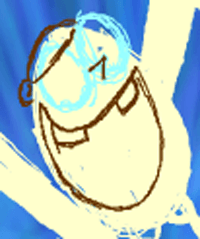 Draw 2 small rectangles at the outside-top of both sides of her mouth. 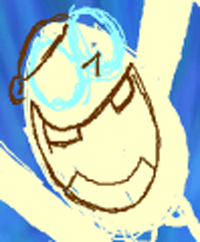 At the bottom of her mouth draw the bottom row of teeth which is a small curved line with outward turned, diagonal lines that attach to her mouth. 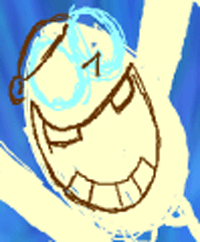 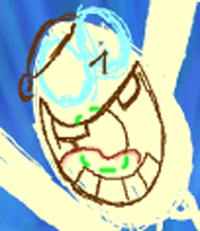 Now draw a sideways number ‘3’ (highlighted in red) for her tongue….and a circle shape in the back of her throat (top and bottom get cut off, as you can see). 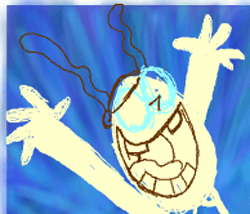 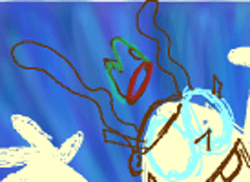 Draw rectangles at the sides of her glasses…they are pointed upwards. Also draw her hat in between her braids by drawing an oval (highlighted in red) and a letter ‘m’ like shape (highlighted in green). Also draw half a circle at the right side of the hat. 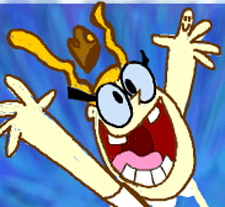 Draw 2 dots and a letter ‘u’ to make up a smiley face on her finger. Draw 2 black ovals for eye balls. Outline everything in black if you are making a black and white drawing. If you are drawing Bessie in color….look at my picture to see how you should color and outline things.

Step 16 – Finish up your Picture of Bessie Higgenbottom with Details 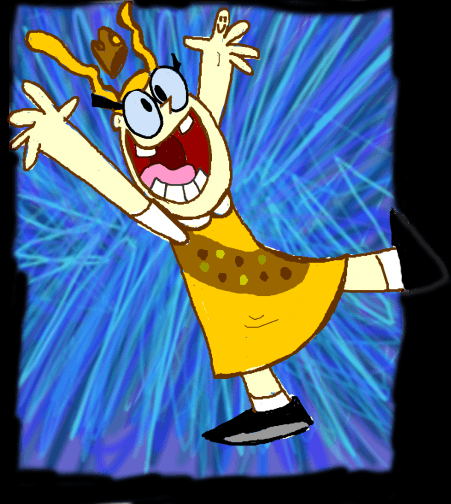 Now that you have finished drawing Bessie…notice that there are a few details…such as circles on her Scouts sash. Her dress collar looks like a sideways number 3. I hope that you like the way your Bessie turned out.