Piggy is a rubber pig that belongs to GIR, and is thrown into the time machine in the episode “Bad, Bad Rubber Piggy.” GIR is obsessed with piggy. Today’s drawing lesson is for leaning how to draw this Piggy character from Invader Zim. I used our free drawing application (use can use this free drawing tool too –  here) to draw this – so you can also watch a video tutorial / demonstration of me drawing Piggy (watch the video of me drawing Piggy here). Below are my screenshots from the video tutorial. Have fun. 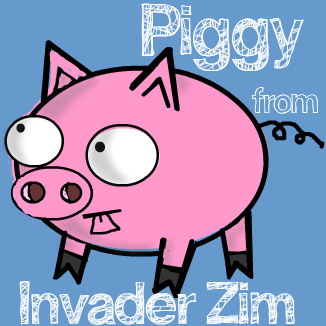 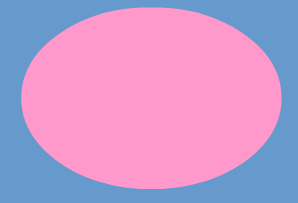 Draw an oval for Piggy’s body. 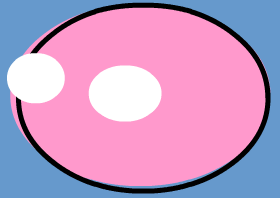 I outlined the oval because I drew my oval in pink. Draw a circle for each eye…the one further to the left is slightly smaller.

Now I outlined each circle eye in a thinner outline than the pig’s body. Also draw a black dot on the left side of each eye. 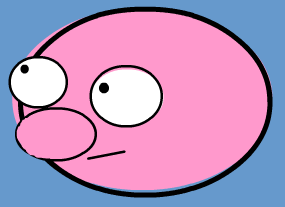 Now draw an oval for the nose and a sideways line for Piggy’s mouth. 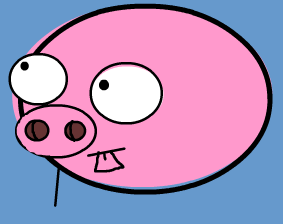 Now draw Piggy’s tongue by drawing a triangle without it’s top point. Also draw a tiny line in there. Also draw the pig’s nostrils by drawing 2 circles….look at the picture above to see how I made the inner curve. 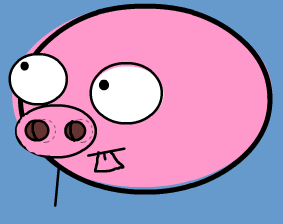 I show you a dashed circle for each nostril to show you that the inner curve is just like drawing part of a circle. 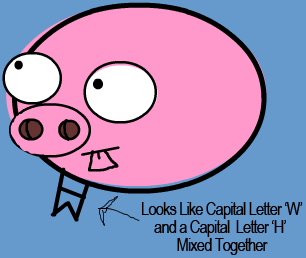 Now draw the first leg. Notice that the leg looks like a capital ‘W’ that has a line across as if it was combined with a capital letter ‘H’. The leg is also slightly turned towards the right. 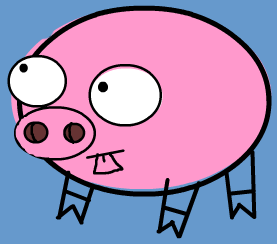 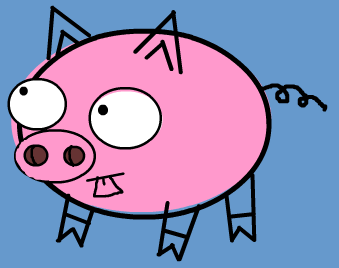 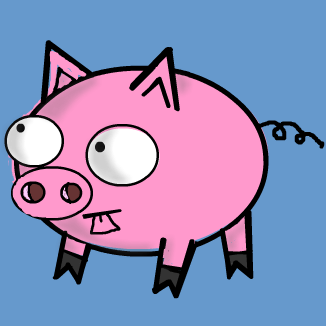 If you want to color int he pig…you should use my pig as a reference of where to shade the pig. Darken the outer lines and erase mistakes. Now you can show off your Piggy. GIR would love him. I hope that you had fun.

Don’t Forget to Check Out the Video of Me Drawing GIR’s Piggy. Also try to Use Our Free Online Drawing Tool.