Learn how to Draw Harley Quinn, The Joker’s Girlfriend, from DC Comics’ Batman Comic Books. Below you will find step by step drawing tutorial that will guide you through the steps easily.
Here are Even More Super Hero Drawing Tutorials 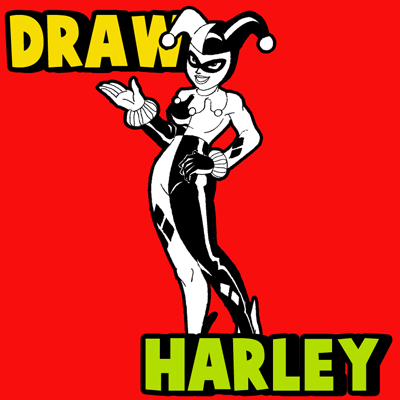 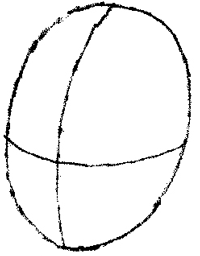 Start off by drawing a face oval …. lightly sketch guidelines around the oval, as you see above. 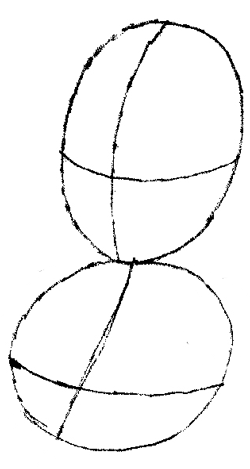 Now draw a circle below the oval (with guidelines too).

So now it should look like a simple ball and stick figure to establish a pose. Since this is a female body tutorial, make the pose “softer” and more feminine. Also, the chest circle is smaller compared to a male’s.

Draw some lines outside each circle’s edge to connect them and give your character a basic body by adding mass and form. 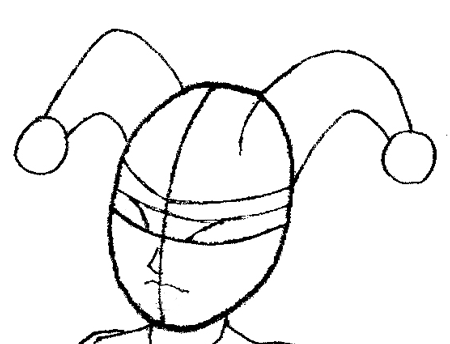 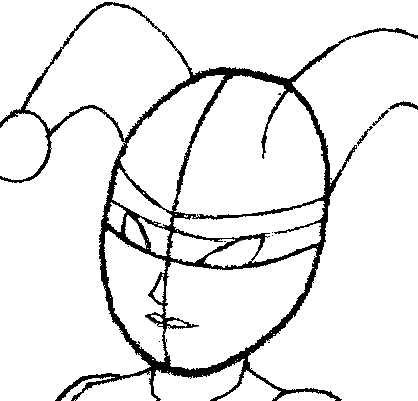 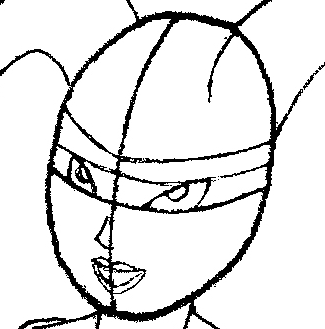 Draw the half circle in both eyes. Draw the bottom lip now (like a bubble letter ‘U’).

This is where you go ahead and add facial features.

Since this is a female body, you do not need to add lots of small curves for muscles. Just make sure that the curves are simple, sleek, and long.

Step 13 – Finish up the drawing of Harley Quinn 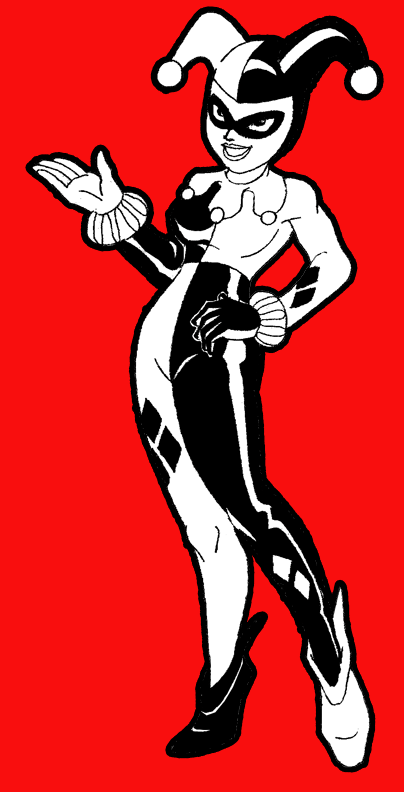 This is what Harley Quinn should look like when you are finished. Click on the image below if you want to print her out as a coloring book page. 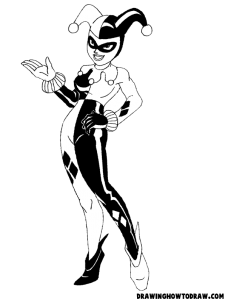