Now we will show you how to draw Lightning McQueen, the red race car from Disney’s Cars movie. He is the main character in the movie. Even if you aren’t good at drawing, these easy-to-follow steps will guide you through the process of drawing this race car. 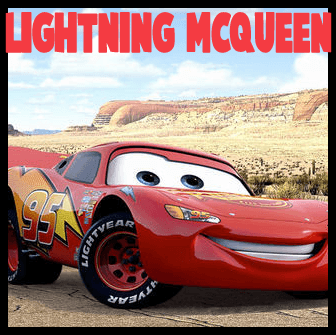 Start with 2 rectangles side by side. 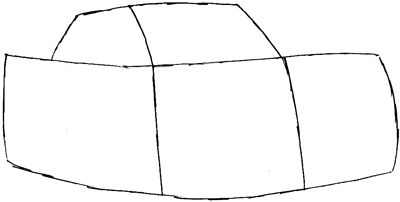 Then draw a trapezoid on top. 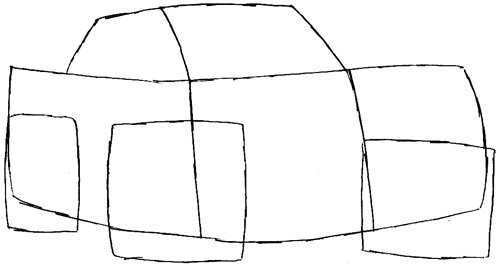 Place 3 squares where the wheels should be. 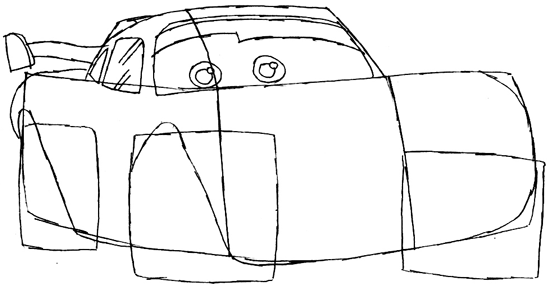 Now draw the details for Lightning McQueen’s rear flaps and windshield. Add the eyes on top of the windshield. 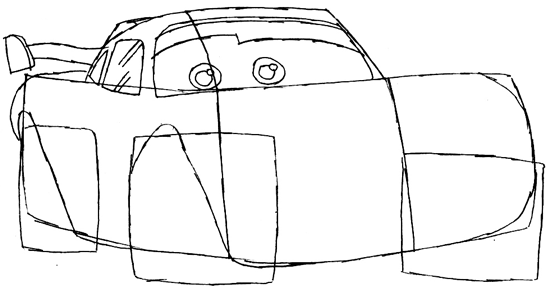 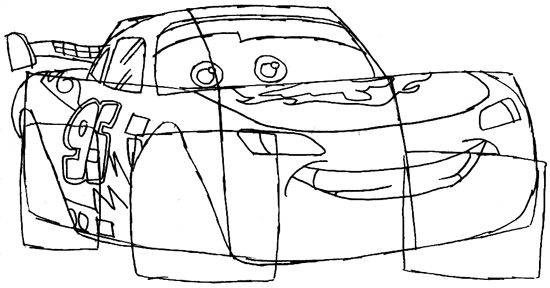 Now draw McQueen’s flame designs. Add the headlights and a cheeky grin on his bumper. 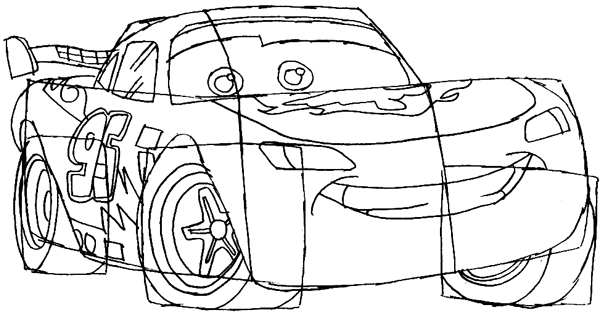 Draw the wheel designs next. 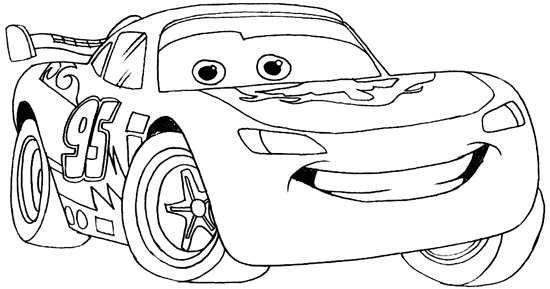 Blacken your outlines and put a few more details on the car. There’s McQueen straight from the Piston Cup. 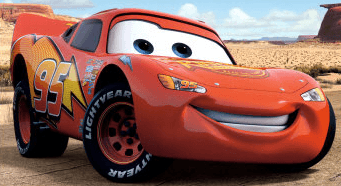 Above you can see the colors that you should use to colorize Lightning McQueen. I hope this drawing lesson helped you.