Today we will show you how to draw a prehistoric caveman holding a wooden club. This is a simple cartooning tutorial that is broken down into simple-to-draw shapes. Learn how to draw him, in the following simple step by step drawing tutorial. 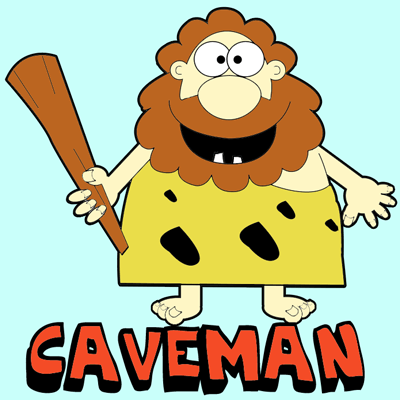 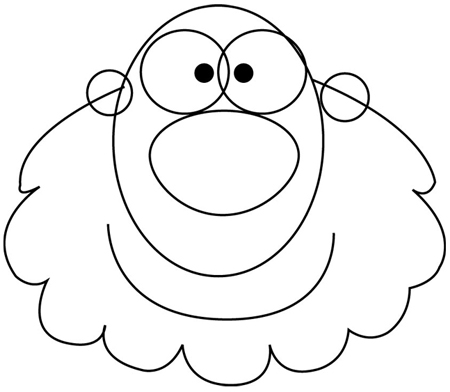 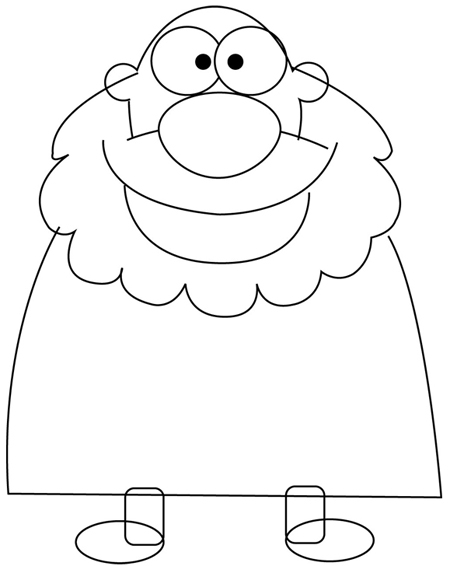 Draw another curved line under the first mouth line. Now erase parts of the face and ears. Draw a downwards curved line in the center of his nose…going from one side of his face to the other. Draw half of an oval for the body of the caveman (looks like a hill shape). Draw a rectangle for each leg and an oval for each foot. 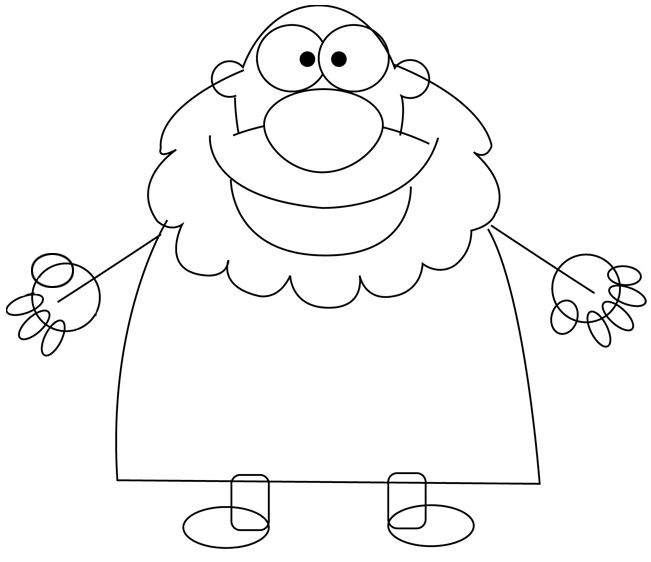 Now draw a stick for each arm…a circle for each hang and an oval for each finger. The hand on the left only has four fingers because one will be hidden by his wooden club. 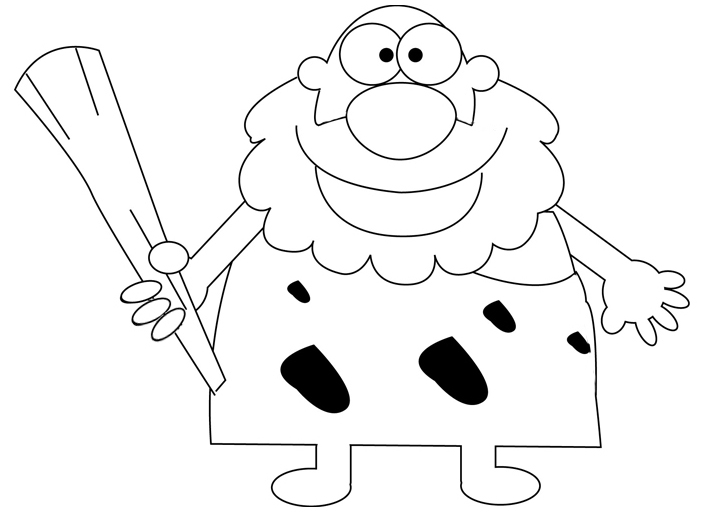 Draw his wooden club however you choose since all handmade wooden clubs are different than each other. But…basically draw 2 lines that are slightly leaning outwards…and then close the club at the top with a downwards curved line. Erase lines in the hands and feet that you don’t need anymore. Draw a curved line at the top right of the caveman’s body for part of his clothing. Draw odd shapes inside the cloth for the pattern of his animal fur clothing. 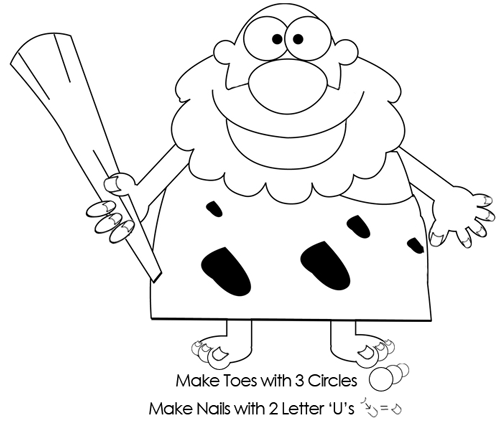 If you would like to make his hands and feet look a little bit better…then you can draw toes with three circles … slightly getting smaller as the toes get further away. Make nail with 2 letter ‘u’ shapes – as seen above. 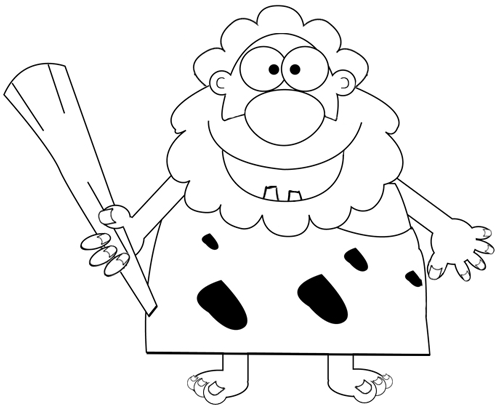 Draw teeth on the bottom of his mouth by drawing 2 rectangle shapes. Draw a letter ‘c’ in each ear. Draw curved humps around his head for hair. 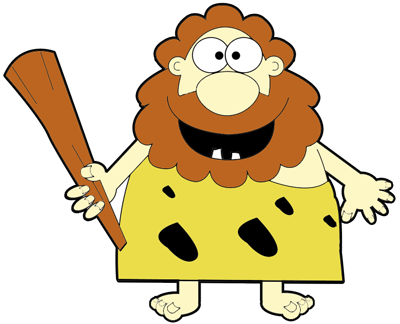