Today we will show you how to draw the Doodler from Doodle Jump Game. Learn how to draw this character with the following simple step to step tutorial. 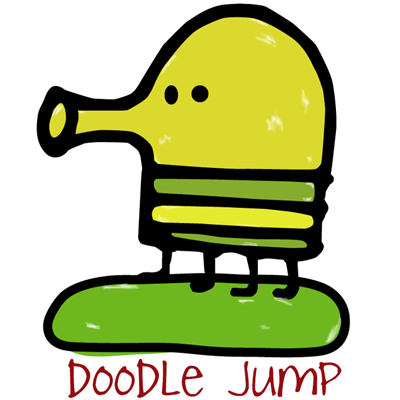 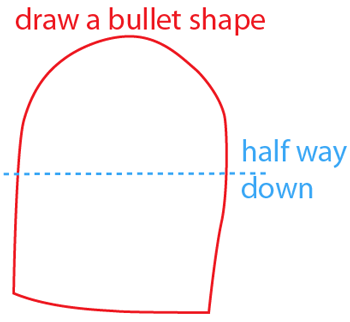 Draw a bullet shape and then draw a guideline half way down the shape. 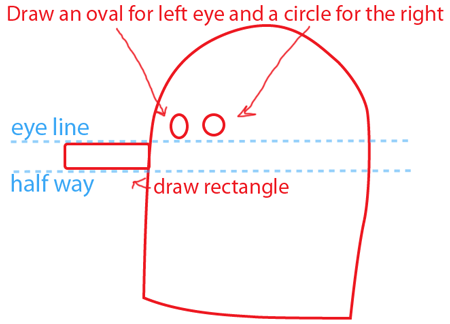 Draw another guideline (eye line) above the half way line you just drew as seen in the illustration above. Above the first guideline, draw an oval for the left eye and a circle for the right eye. Draw a rectangle to the left of the bullet shape between the eye line and the half way line. 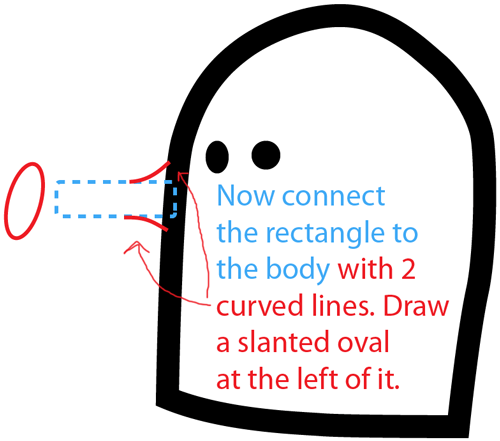 Now connect the rectangle to the body with two curved lines then draw a slanted oval at the left of it. 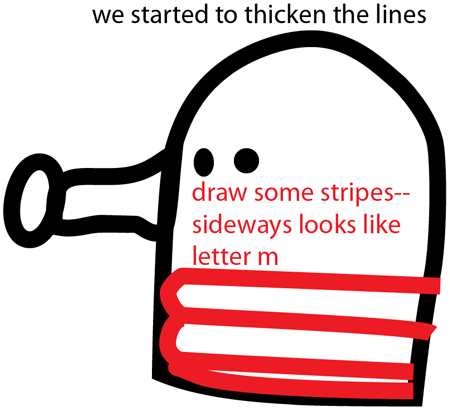 Draw some stripes that looks like a sideways ‘M’ shape. 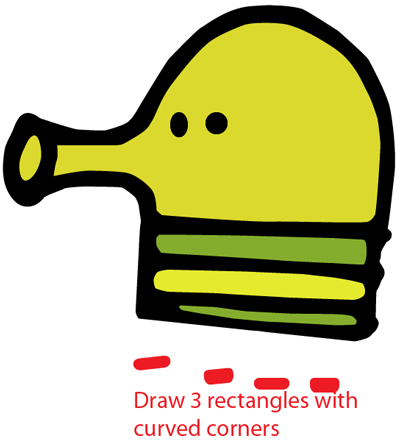 Draw four rectangles with curved corners for the feet. 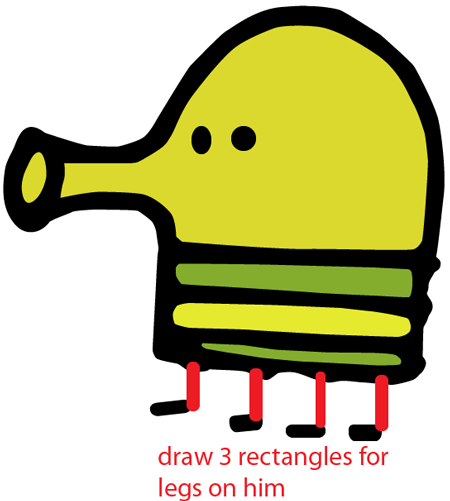 Draw four rectangles for the legs. 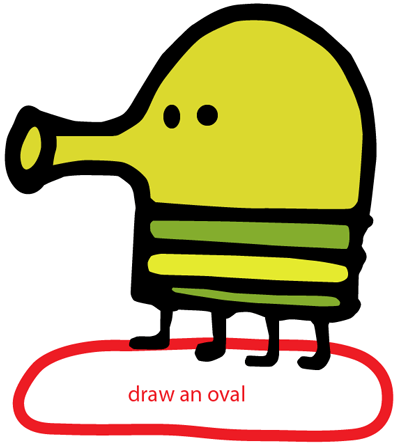 Draw an oval below the feet for the board. 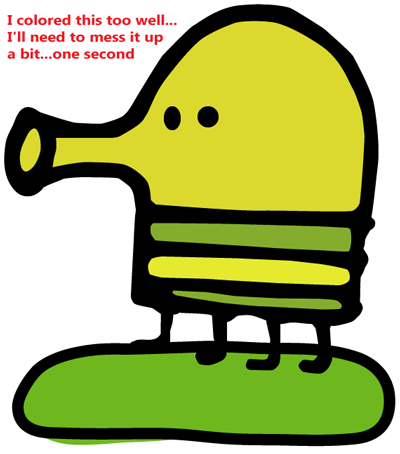 Do not make the coloring too perfect. 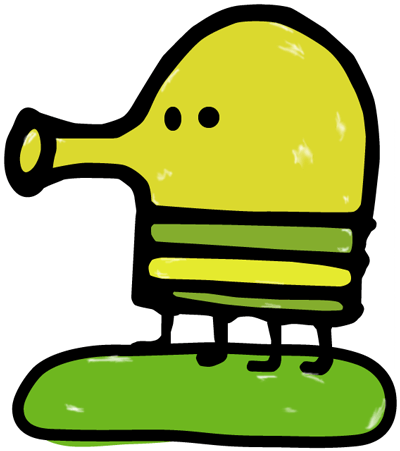