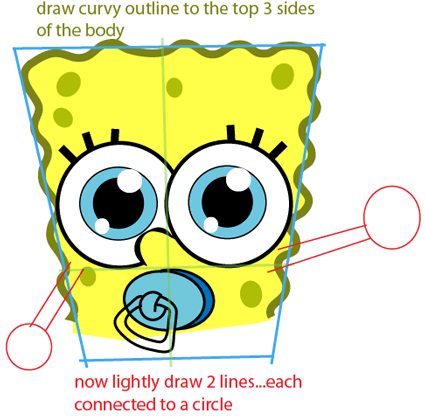 Draw a curvy outline to the top three sides of the body. Now lightly draw two lines, each connected to a circle. 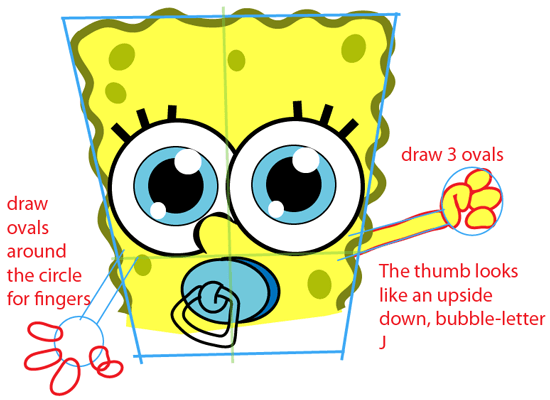 Draw five ovals around the circle for the fingers for the left hand. On the right hand, draw three ovals and draw the thumb that looks like an upside down bubble-letter ‘J’ shape. 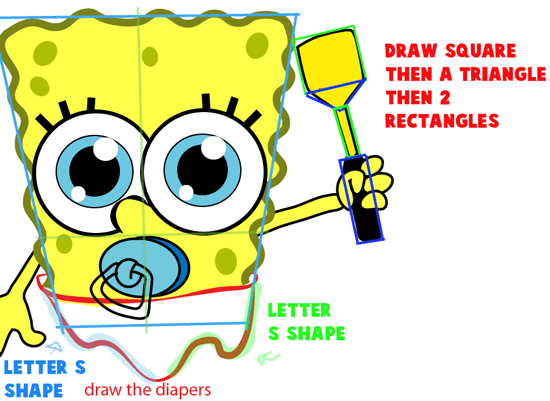 Now for drawing the diapers, draw a letter ‘S’ shape on both sides. And for the spatula, draw a square then a triangle then two rectangles. 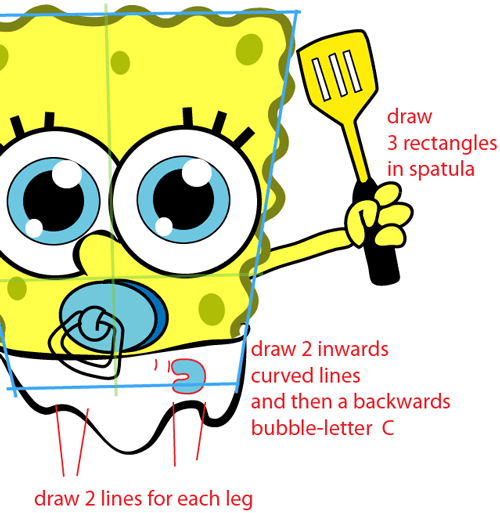 To finish the spatula, draw three rectangles. Draw two inwards curved lines and then a backwards bubble-letter ‘C’ shape for the safety pin on the diaper. Then draw two lines for each leg. 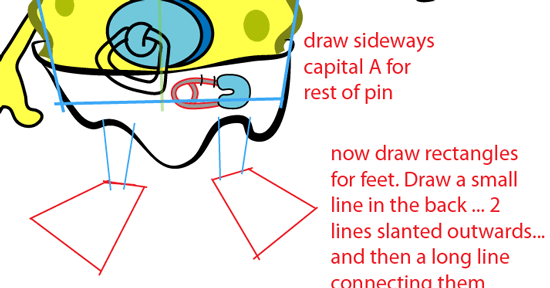 To finish the safety pin, draw a sideways capital ‘A’ shape. Now draw two rectangles for the feet, draw a small line in the back, two lines slanted outwards, and a long line connecting them. 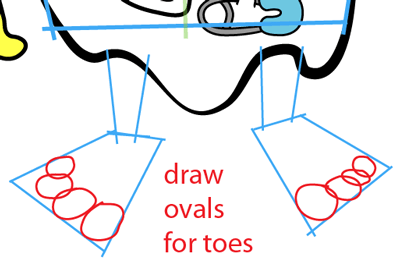 Draw four ovals on each foot for the toes. 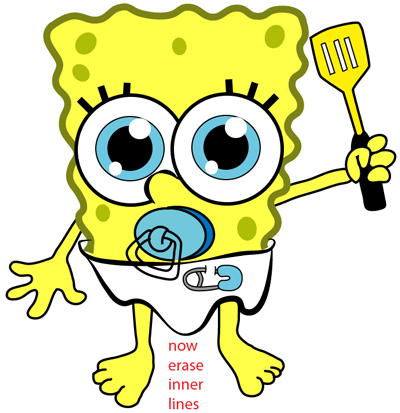 Now finish the feet and erase the inner lines. 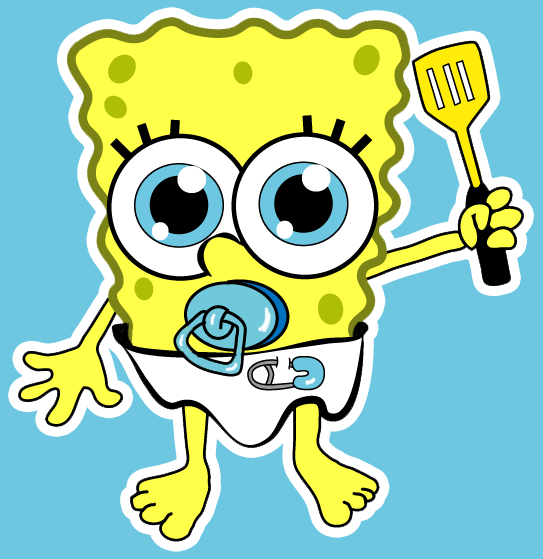