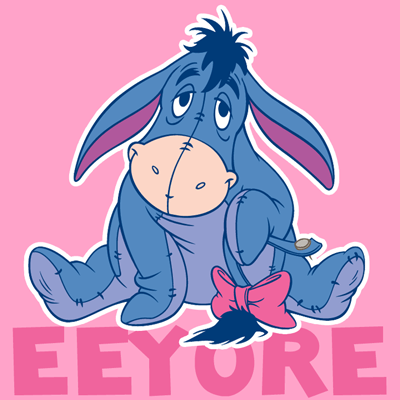 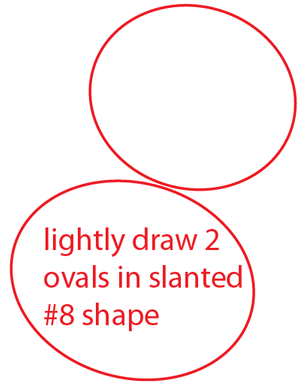 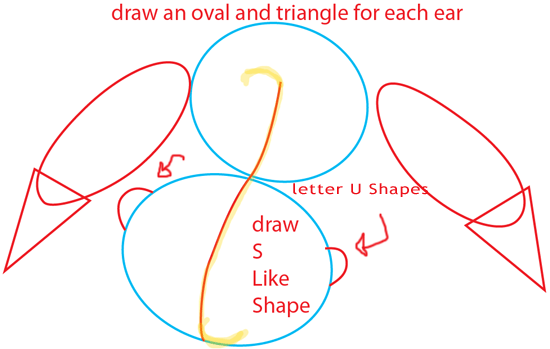 Draw an oval and a triangle for each ear. Draw a letter ‘S’ shape inside the oval ‘8’ shape. Draw two letter ‘U’ shapes, one on either side of the lower oval. 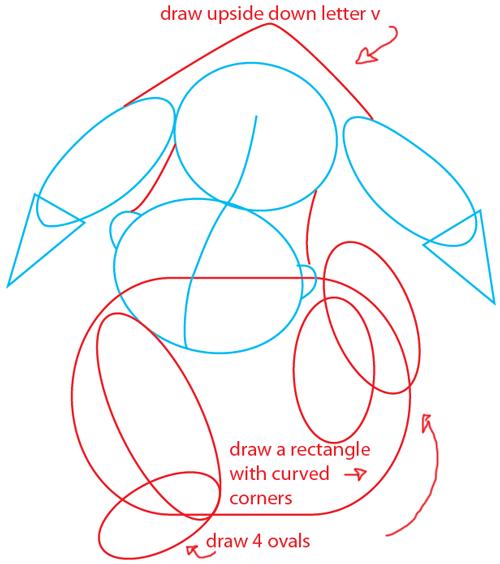 Draw an upside down letter ‘V’ shape joining the two ears together. Draw two lines from the upper oval to the letter ‘U’ shapes. Draw a rectangle with curved corners and draw four ovals shown in the illustration above. 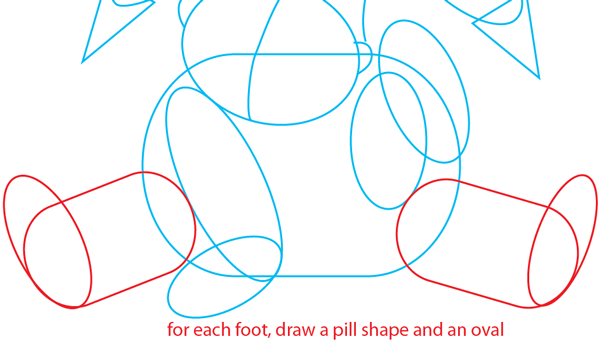 For each foot, draw a pill shape and an oval. 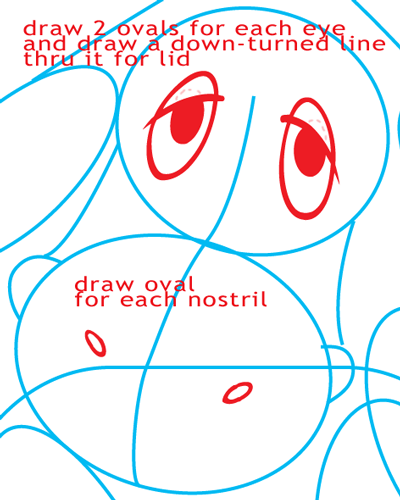 Draw two ovals for each eye and draw a down-turned line through it for the eye lid. Draw a small oval for each nostril. 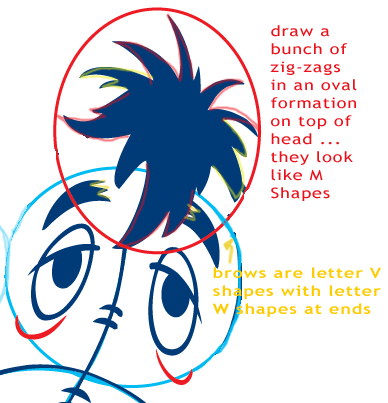 Draw a bunch of zig-zags in an oval formation on the top of the head which looks like letter ‘M’ shapes. Draw the eye brows by drawing letter ‘V’ shapes with letter ‘W’ shapes at the ends. Draw letter ‘U’ shapes for the under eye bags. 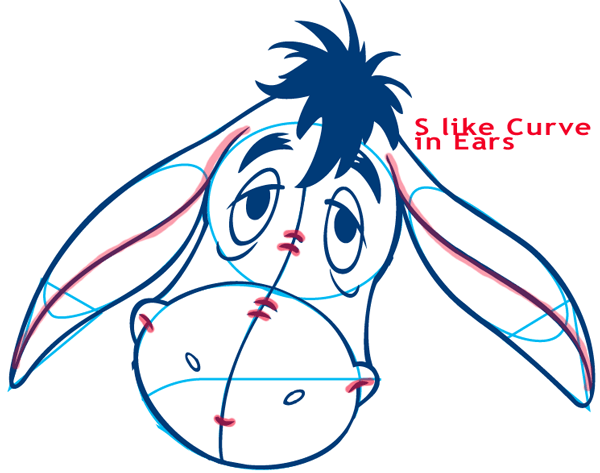 Use slightly curve lines to highlight the stitches on his face. Draw a letter ‘S’ shape curve inside each ear. 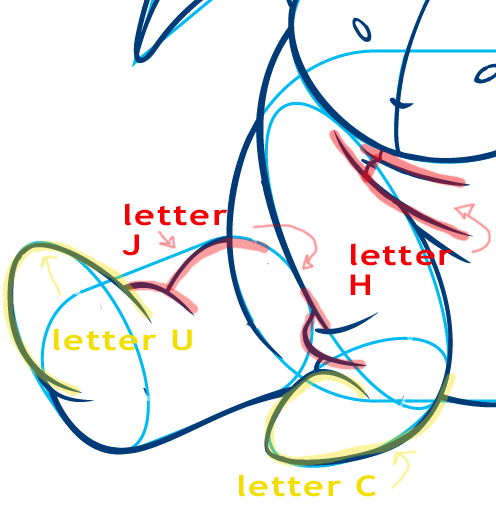 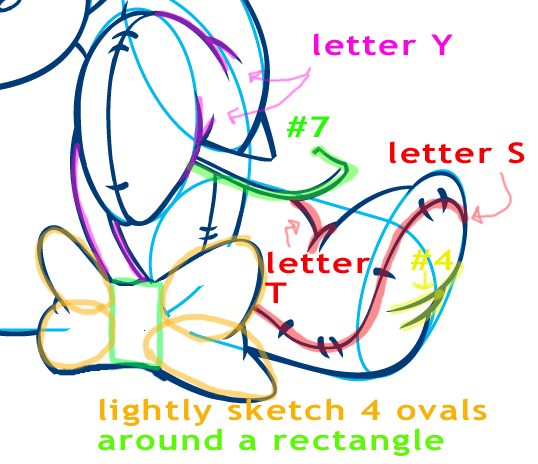 Draw letter ‘Y’ shapes for the right front foot and letter ‘S’ shape and letter ‘T’ shape for the right back foot. Draw the tail by lightly sketching four ovals around a rectangle for the bow and a number ‘7’ shape to finish the tail. 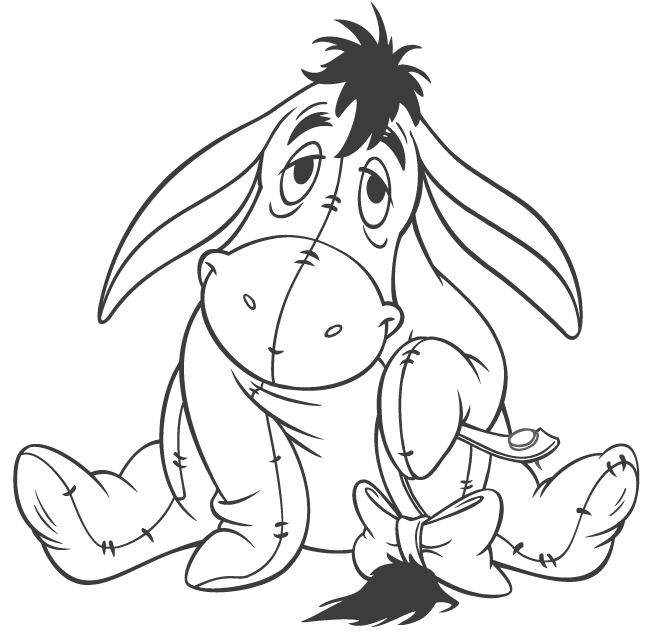 Now finish the minor details and erase the extra lines. 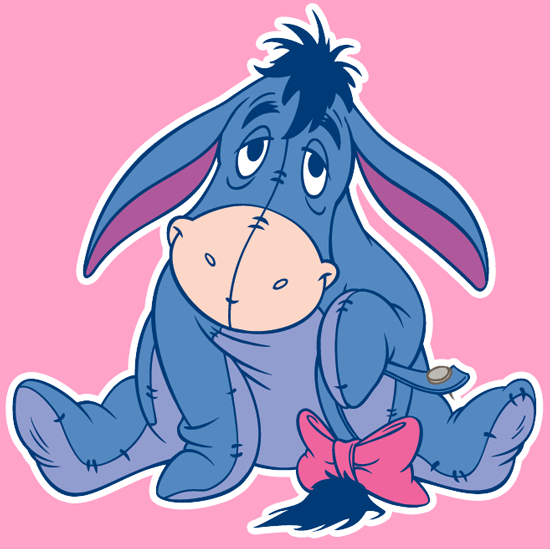