Today we will show you how to draw Smurfette and Baby Smurf from the Smurfs. Learn how to draw these characters with the following simple step to step tutorial.

You Might Also Enjoy Our Other Smurf Drawing Tutorials 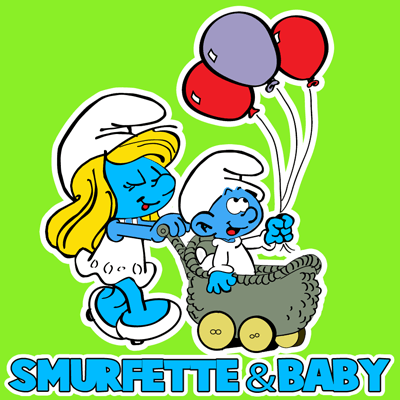 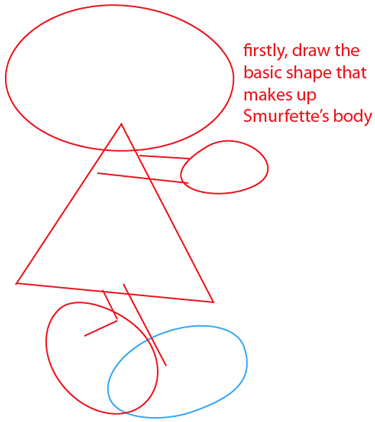 Firstly, draw the basic shapes that makes up for Smurfette’s body (4 ovals, one triangle, and 5 lines). 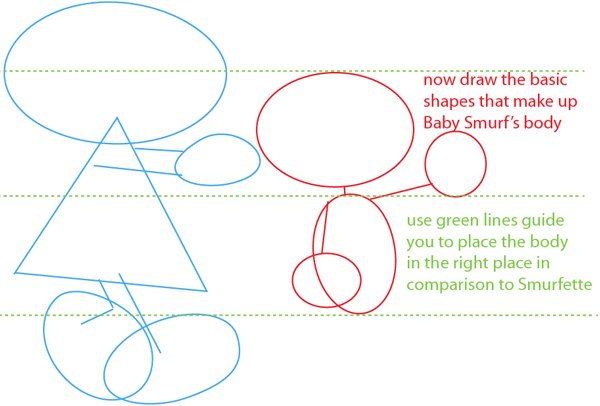 Use the guidelines show in green to place Baby Smurf body in the right place in comparison to Smurfette’s body. Now draw the basic shapes that makes up Baby Smurf’s body (4 ovals and 3 lines). 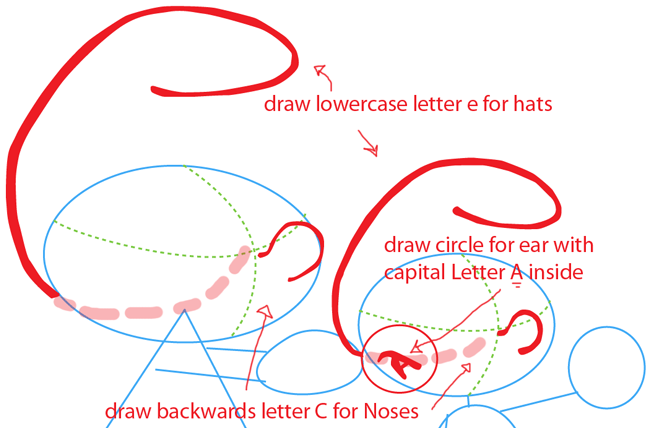 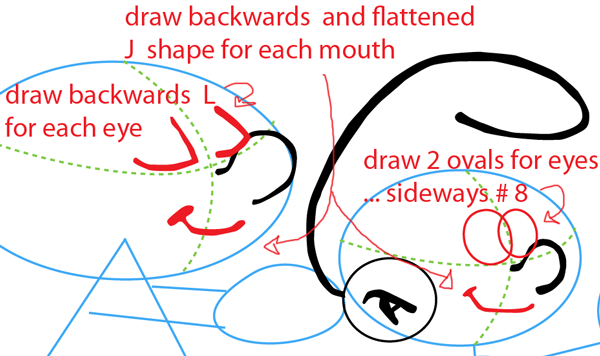 Smurfette: Draw a backwards  ‘L’ shapes for her eyes and a backward and flattened ‘J’ shape for the mouth.

Baby Smurf: Draw two ovals for the eyes which looks like a sideways number ‘8’ shape and a backward and flattened ‘J’ shape his mouth. 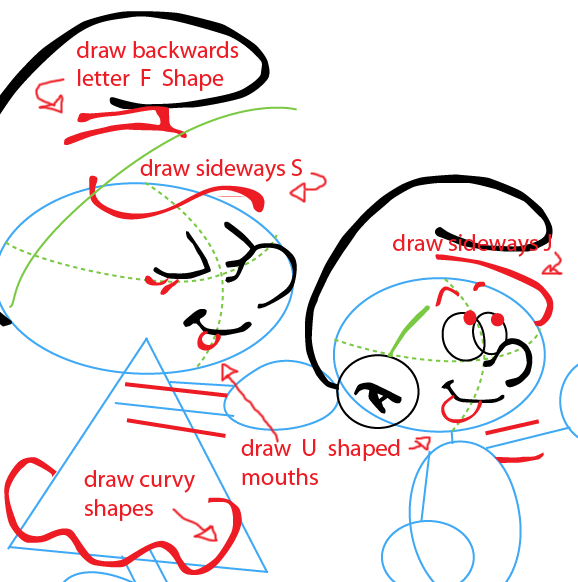 Smurfette: Draw a backward letter ‘F’ shape, a sideways ‘S’ shape and a curved line for part of the hat. Draw two lines by her eyes and a ‘U’ shape to finish her mouth. Draw two lines for the arms and a curvy shape for the bottom of her dress.

Baby Smurf: Draw a sideways letter ‘J’ shape and a line to part of the hat. Draw two curves for the eyebrows and two circles for the pupils. Draw a ‘U shape for the mouth and two lines for his arm. 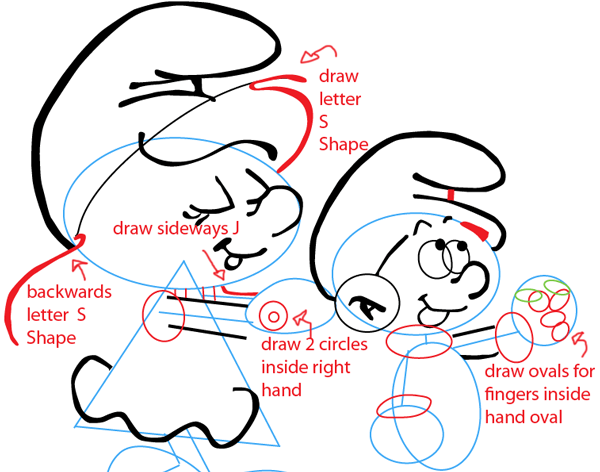 Baby Smurf: Draw two lines to finish the hat. Draw ovals like the ones shown in the illustration above. Draw ovals for the fingers inside the hand oval. 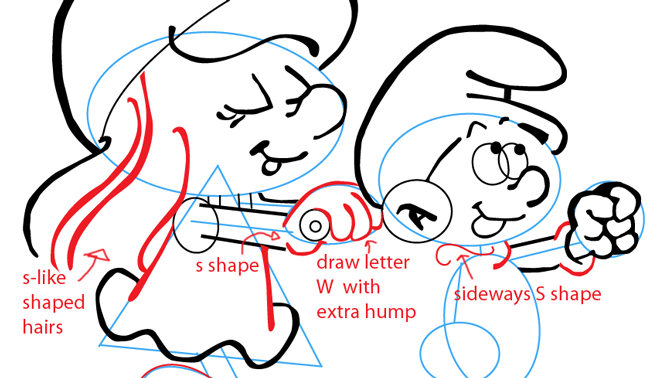 Smurfette: Draw letter ‘S’ like shapes for the hairs, Two lines for the outline of the dress, A letter ‘S’ shape for the curve of the hands and draw a letter ‘W’ shape with an extra hump for the fingers. 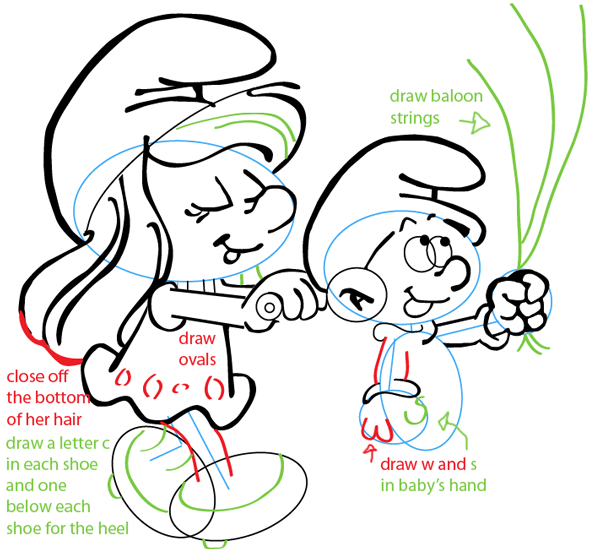 Baby Smurf: Draw a letter ‘W’ shape and a letter ‘S’ shape for the baby’s hand and two lines for his arm. Draw lines for the balloon strings. 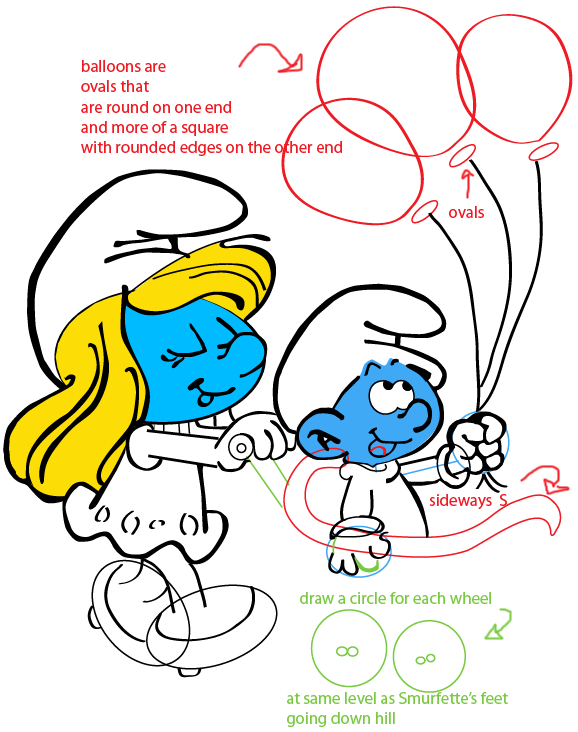 Now draw the balloons. Balloons are ovals that are round on one end and more square with rounded edges on the other end. Draw ovals at the bottom of the balloons. Draw a circle for each wheel at the same level as Smurfette’s feet going down hill. Draw a sideways letter ‘8’ shape in each wheel. 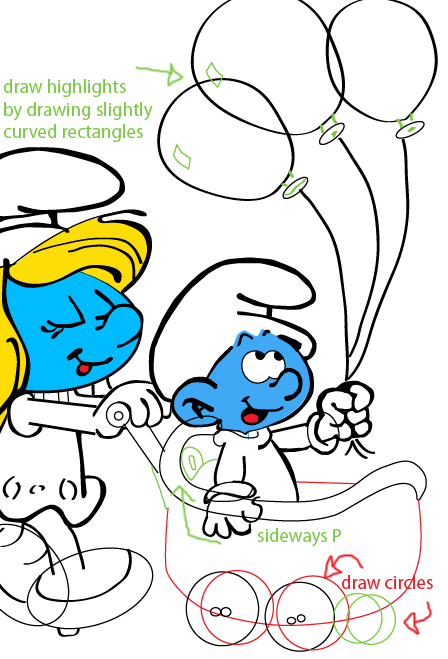 Draw highlights in the balloon by drawing slightly curved rectangles. Draw more circles to finish the wheel.  And draw a sideways ‘P’ shape behind Baby Smurf. 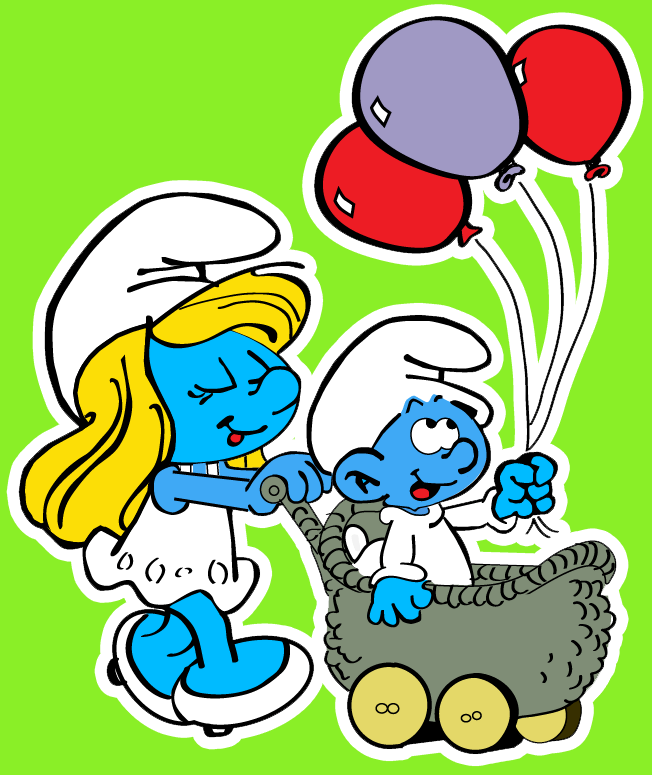 You Might Also Enjoy Our Other Smurf Drawing Tutorials