Today we will show you how to draw TARDIS (Time and Relative Dimension in Space) from Doctor Who. We will use a technique called drawing in perspective. More specifically, we will be drawing TARDIS in 2 Point perspective. Learn how to draw the TARDIS with the following simple step to step tutorial. 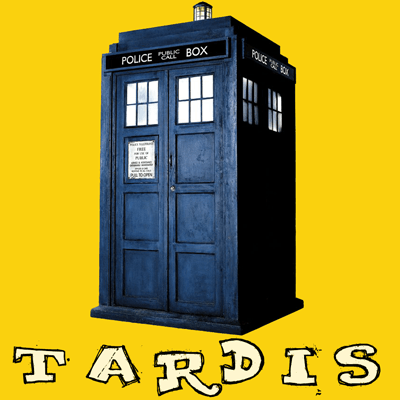 We draw with perspective drawing techniques in order to make a more realistic 3-dimensional object. In this technique, every set of parallel lines  has its own vanishing points.

More specifically, when we are drawing or viewing something in 2 point perspective, we are seeing the object at a corner, and the 2 sets of parallel lines are moving away from us to the vanishing points….as you see above (vp stands for vanishing points).

We will be drawing in 2 point perspective which means that we will be using two vanishing points in order to make a more 3 dimensional object. Draw a line and then draw a dot on either end of it (those dots are the vanishing points).

Now take a ruler and draw a line from each dot to the vanishing point on both ends.

Draw a few small vertical lines as you see in the illustration above. Draw the lines to both vanishing points from black dots. Notice that the lines that we didn’t need were erased from the last step. 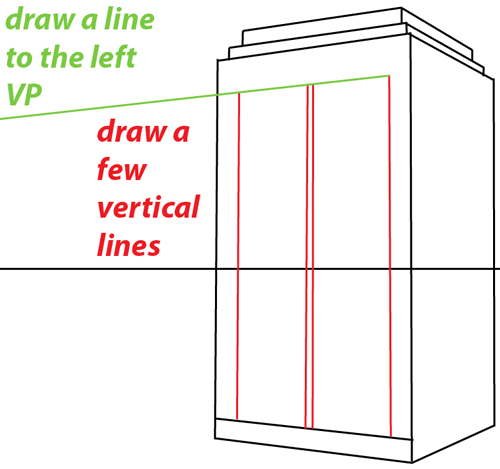 Draw a line to the left vanish point and draw a few vertical lines. 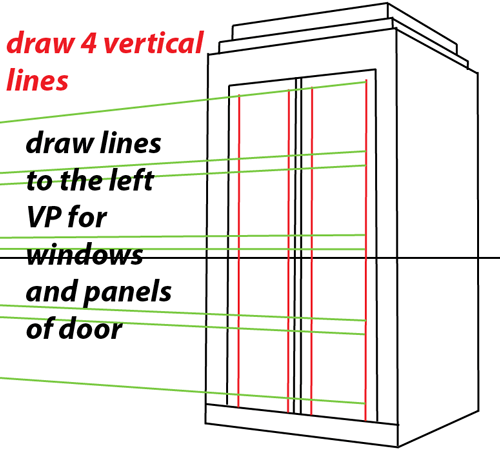 Draw four vertical lines and draw lines to the left vanishing point for the windows and panels of the door. 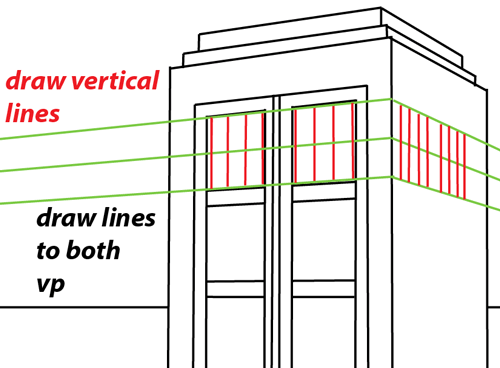 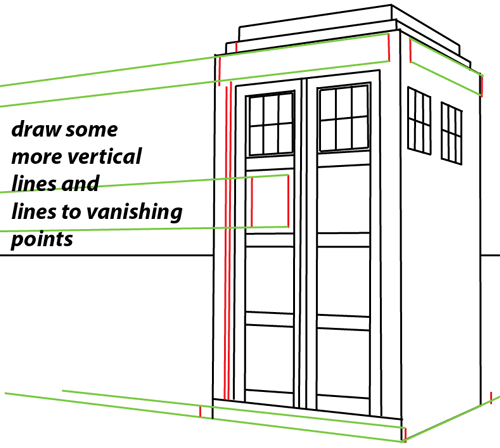 Draw some more vertical lines and lines to the vanish points. 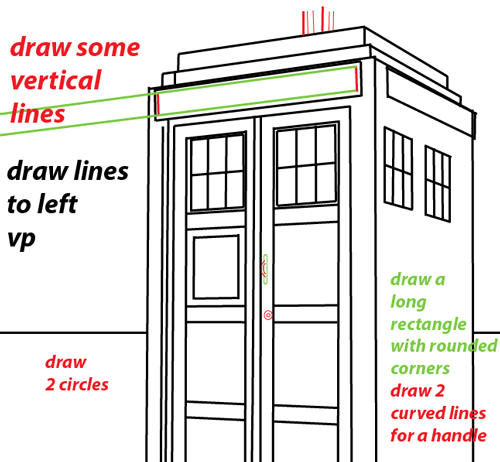 Draw some vertical lines and draw lines to the left of the vanishing point. Then draw two circles. Draw a long rectangle with rounded corners and draw two curved lines for a handle. 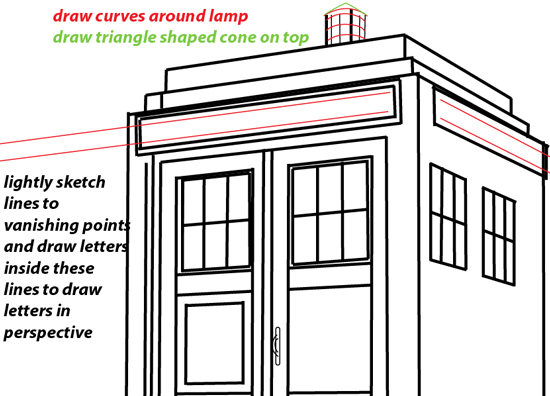 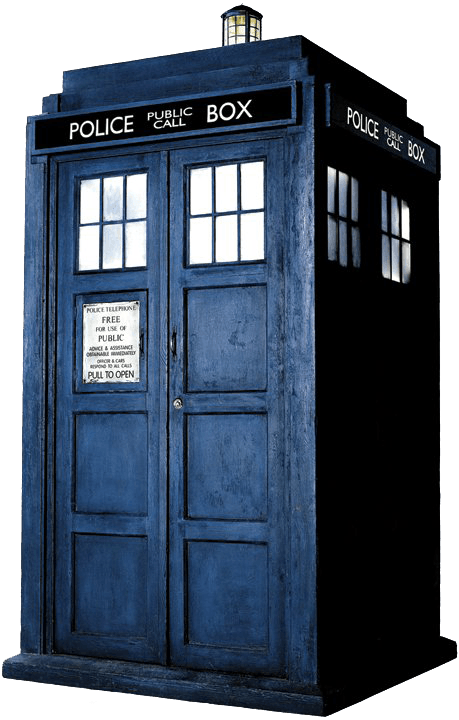