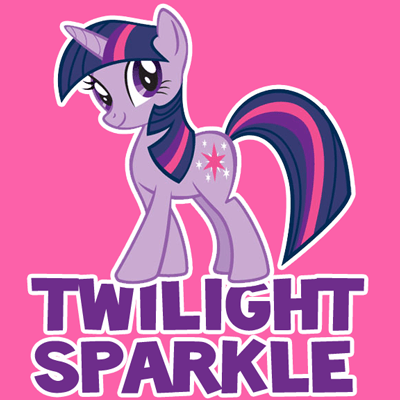 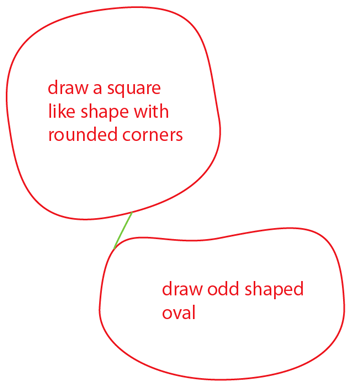 Draw a square like shape with rounded corners and an odd shaped ovals and join the shapes together with a curved line. 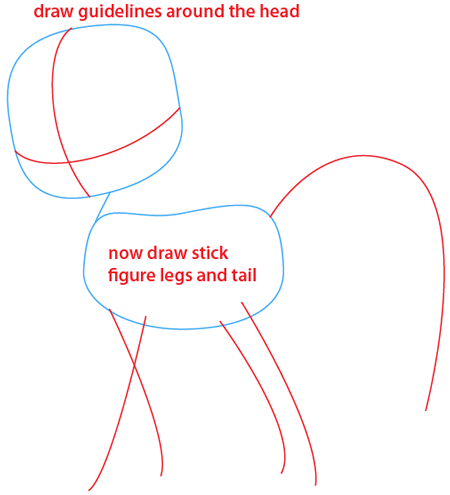 Draw guidelines around the head to help with the placement of the facial features. 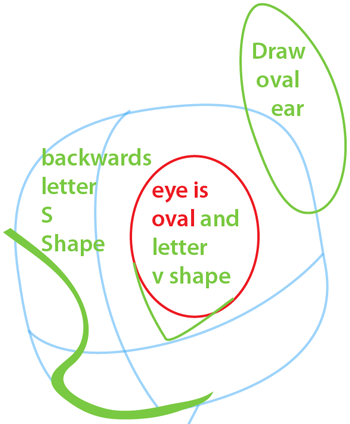 Draw an oval for the ear, an oval with a letter ‘V’ shape for the eye and a backward letter ‘S’ shape to outline the face. 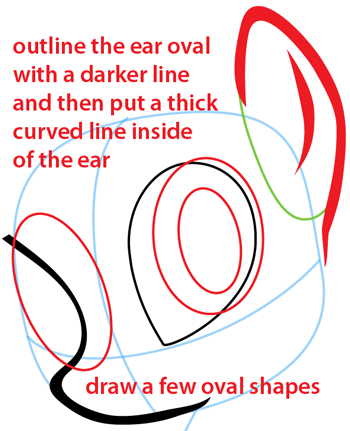 Outline the ear oval with a dark line and then put a thick curved line inside the ear and then draw a few oval shapes. 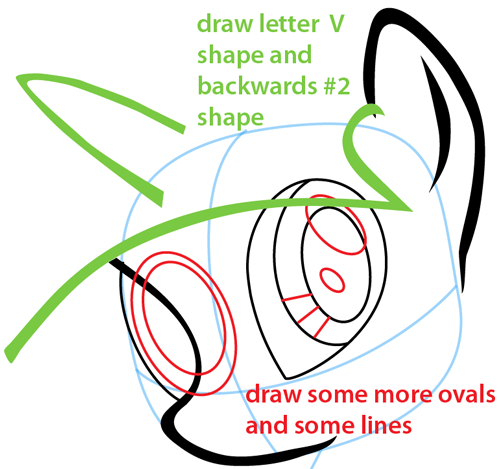 Draw a letter ‘V’ shape and a backwards number ‘2’ shape and then draw some more oval and some lines. 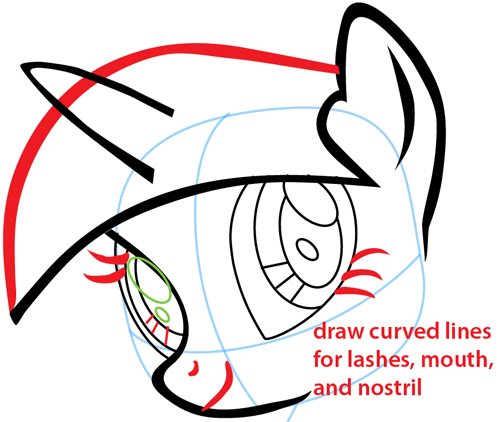 Draw curved lines for the lashes, mouth, nostril, and top of hair. 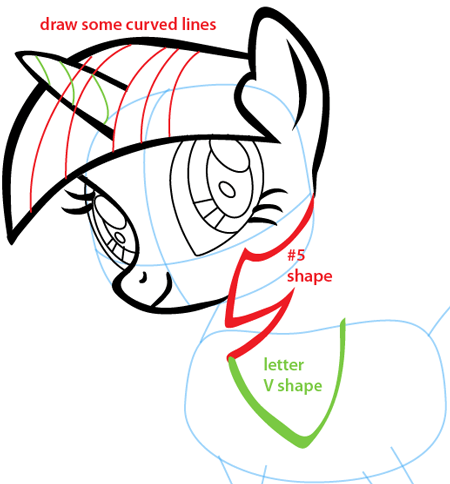 Draw sine curved lines for the hair then draw a number ‘5’ shape and letter ‘V’ shape for the outline of the hair. 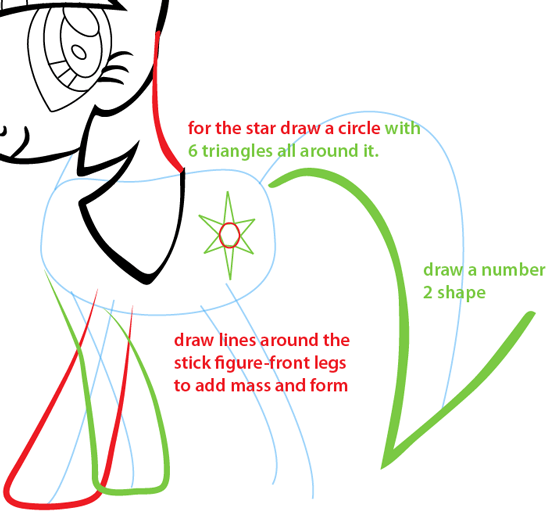 For the star draw a circle with six triangles all around it. Draw a number ‘2’ shape and then d raw lines around the stick figure front legs to add mass and form. 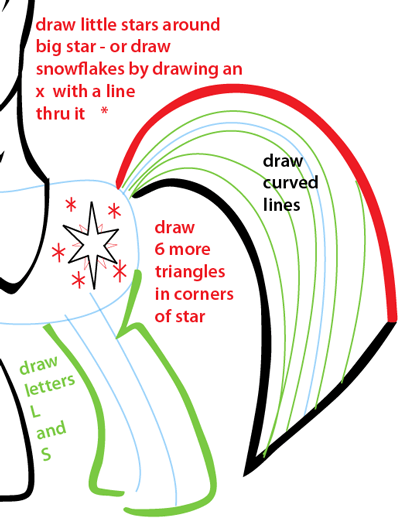 Draw little stars around the big star or draw snowflakes by drawing an ‘x’ with a line though it. Then draw six more triangles in the corners of the star. Draw curved lines an draw letter ‘L’ shapes and letter ‘S’ shapes. 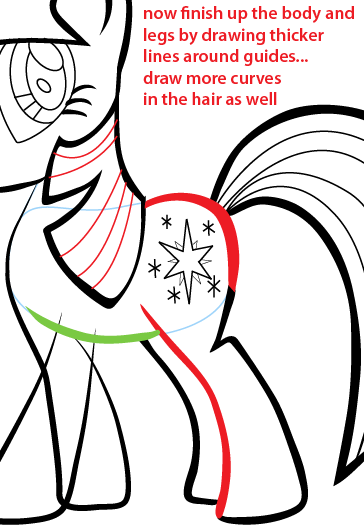 Now finish up the body and legs by drawing thicker lines around the guides and draw more curves in the hair as well. 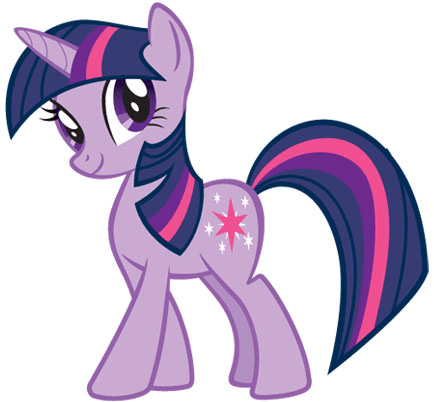