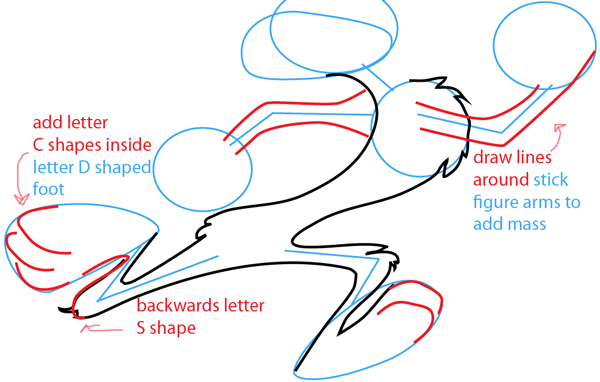 Draw letter ‘C’ shapes inside the letter ‘D’ shapes foot and a backwards letter ‘S’ shape to join the foot to the leg. Draw lines around the stick figure arms to add mass. 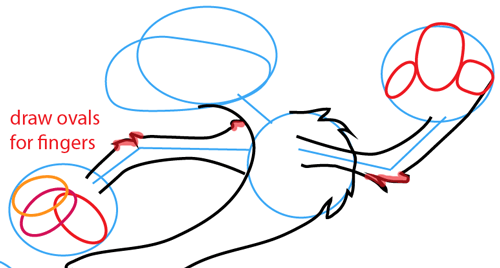 Draw ovals for the fingers. 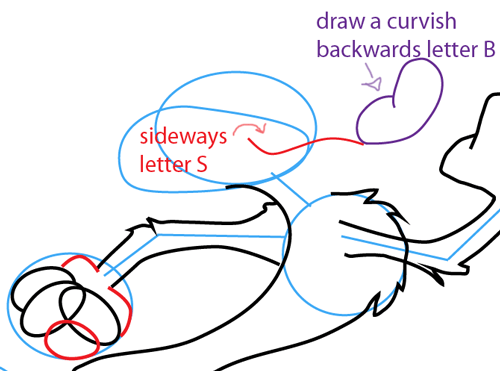 Draw an oval and two curved lines to finish his left hand. Draw a sideways letter ‘S’ shape and a curvish backwards letter ‘B’ shape for part of his face.

Draw a sideways bubble letter ‘J’ shape, draw a cursive letter ‘M’ like shape, a flattened sideways letter ‘S’ shape and a number ‘2’ shape for his neck and face.  Then lightly draw a diamond on the left of his head. 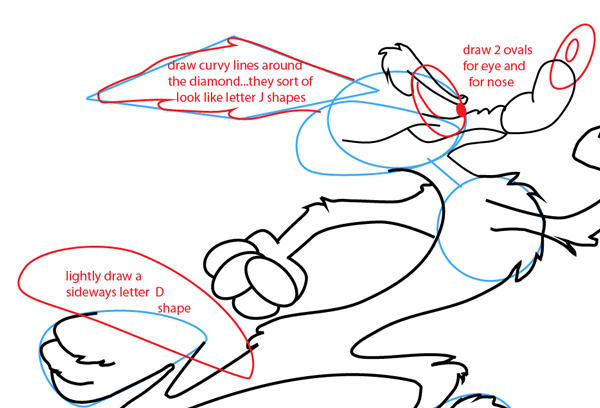 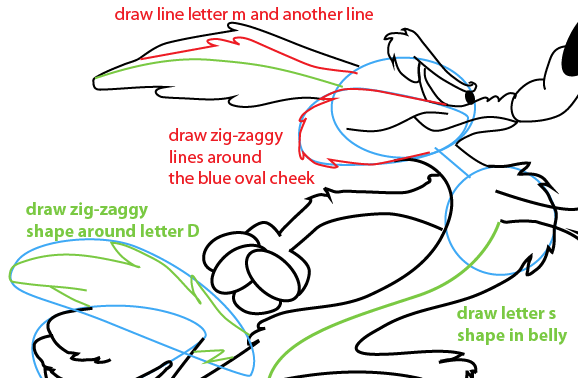 Draw  zig zaggy shapes around the letter ‘D’ shape (tail). Draw a line, letter ‘M’ shape and another line inside the ear. Then draw zig zaggy lines around the blue oval cheek and a letter ‘S’ shape in the belly. 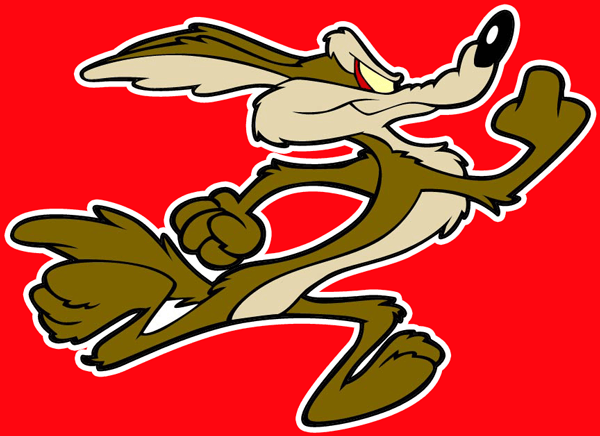 I hope that this tutorial helped you to draw Wile E. Coyote from Looney Tunes and that you had a lot of fun 🙂