Today we will show you how to draw a Cartoon Vampire Bat. Learn how to draw this cartoon animal with the following simple step to step tutorial. 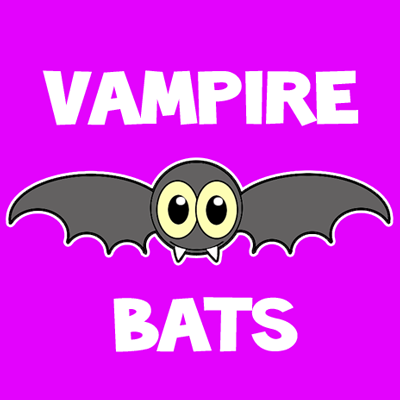 For the basic shape of the bat, draw a circle (head) with two ovals (wings) on either side.

Then draw circles from small to big from inside to outside along the wings.

Erase the bottoms of the circles to make a pattern in the wings.

Draw two ovals for each eye.

Draw a circle highlight in each eye and a curved line for the smile.

Then draw a letter ‘V’ shape she each tooth.