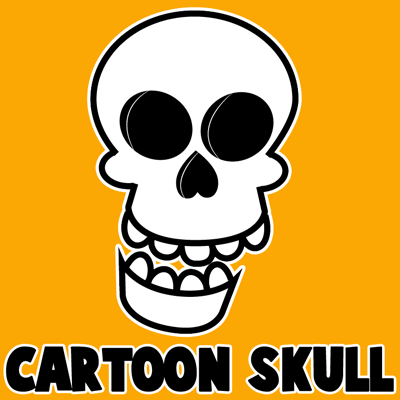 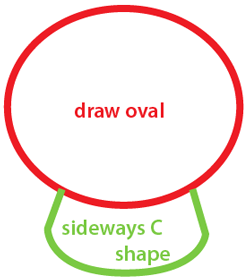 First, draw an oval and a sideways letter ‘C’ shape. 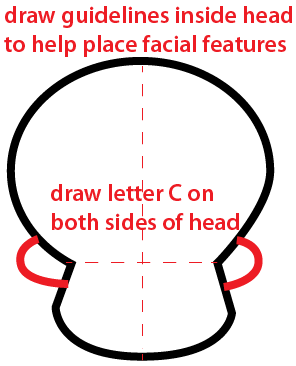 Draw the guidelines inside the head to help place the facial features. Then draw a letter ‘C’ shape on both side of the head. 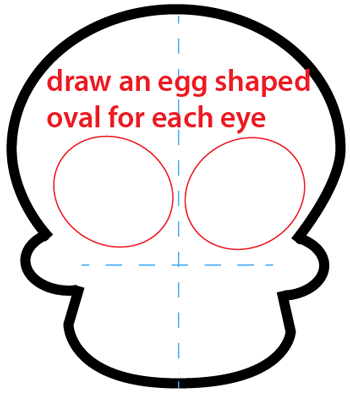 Draw an egg shaped oval for each eye. 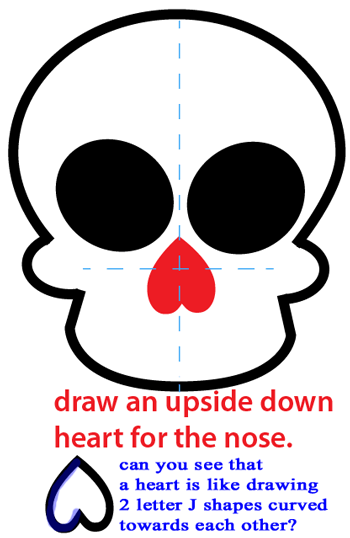 Draw an upside down heart for the nose. Can you see that a heart is like drawing two letter ‘J’ shapes curved towards each other. 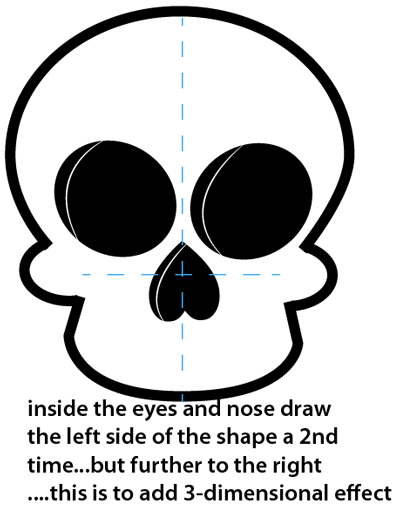 Inside the eyes and nose, draw the left side of the shape a second time but further to the right. This is to add the 3-dimensional effect. 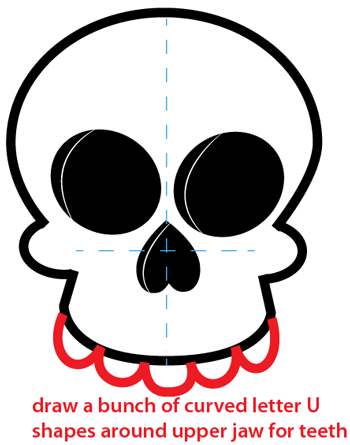 Draw a bunch of curved letter ‘U’ shapes around the upper jaw for the teeth. 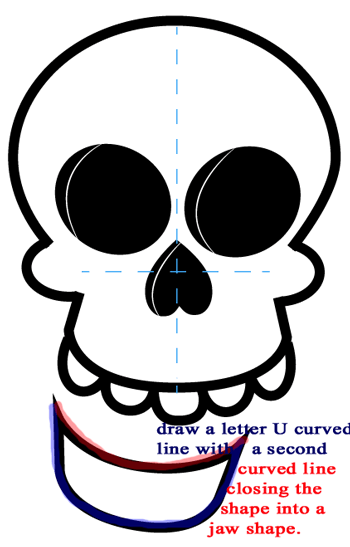 Draw a letter ‘U’ curved line with a second curved line closing the shape into a jaw shape. 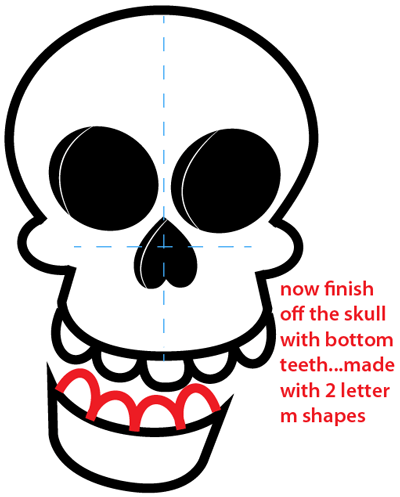 Now finish off the skull with the bottom teeth (made with two letter m shapes). 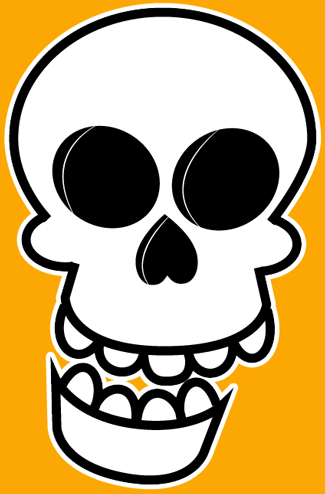