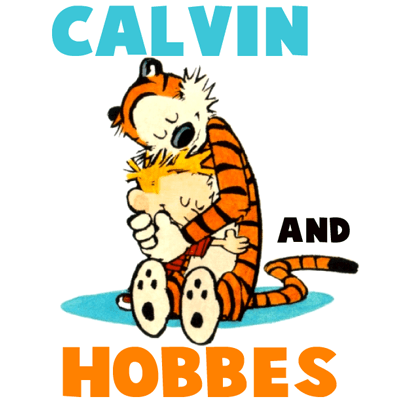 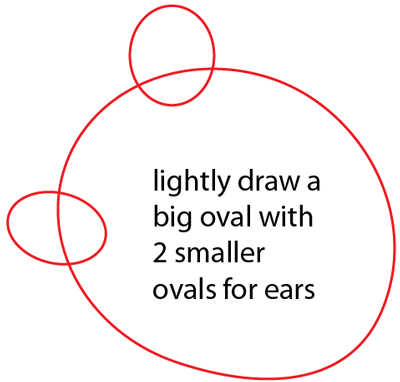 First, lightly draw a big oval with two smaller ovals for the ears. 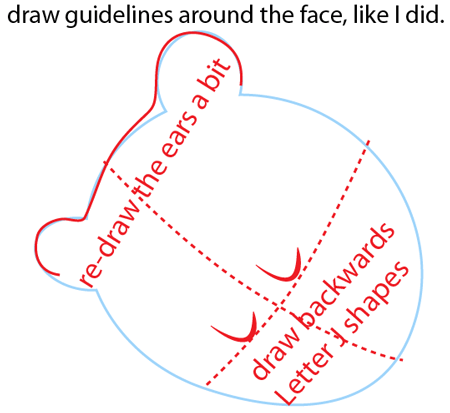 Draw the guidelines around the face just like the illustration above. Re-draw the ears a bit and draw backwards letter ‘J’ shapes for Hobbes eyes. 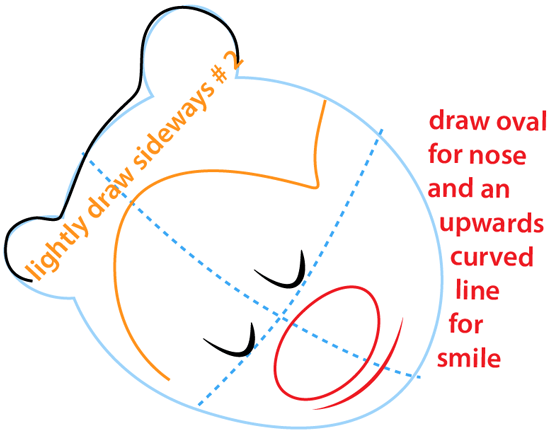 Lightly draw a sideways number ‘2’ shape and draw an oval for the nose and an upwards curved line for his smile. 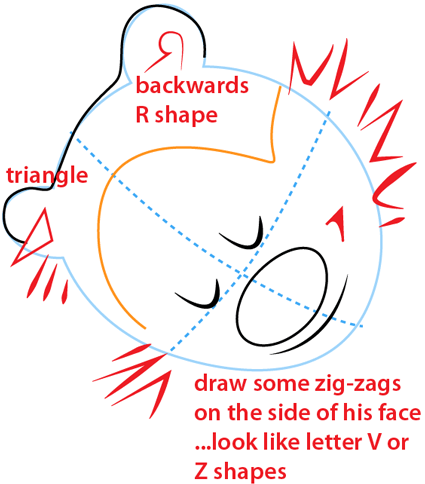 Draw a triangle and a backwards ‘R’ shape in his ears and then draw some zig-zags on the side of his face that looks like a letter ‘V’ or letter ‘Z’ shapes. 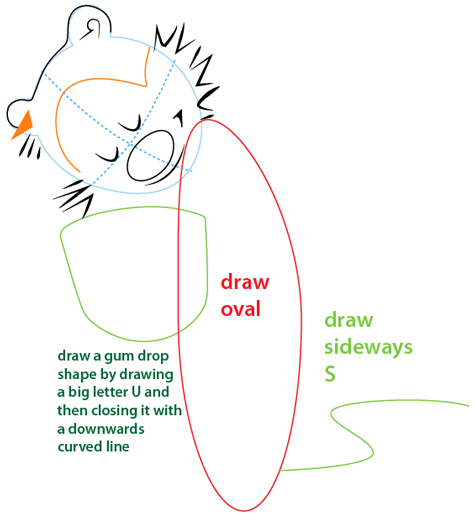 Draw an oval and a sideways letter ‘S’ shape as seen above. Draw a gum drop shape by drawing a big letter ‘U’ shape and then closing it with a downward curved line.