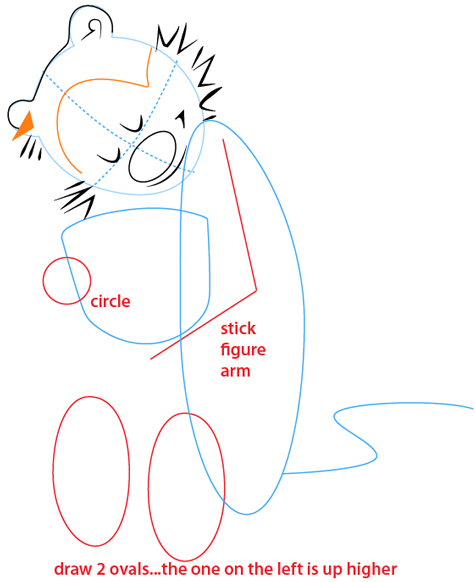 Draw a circle and a stick figured arm. Then draw two ovals, making the one on the left a little bit higher. 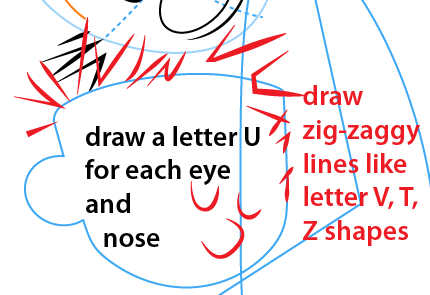 Next, draw a letter ‘U’ shape for each eye and nose and zig-zaggy lines like letter ‘V’, ‘T’ and ‘Z’ shapes for Calvin hair. 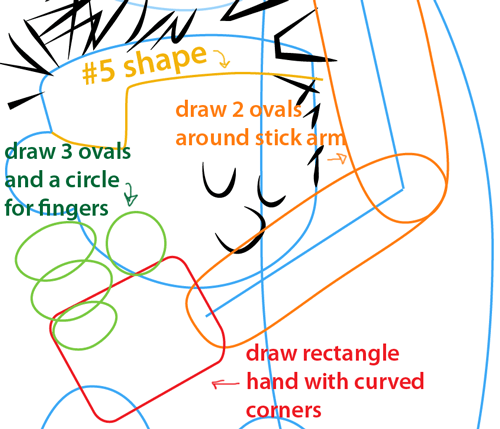 Then draw three ovals and a circle for his fingers and a number ‘5’ shape for his hair line. Draw two ovals around his stick arm and draw a rectangle hand with curved corners. 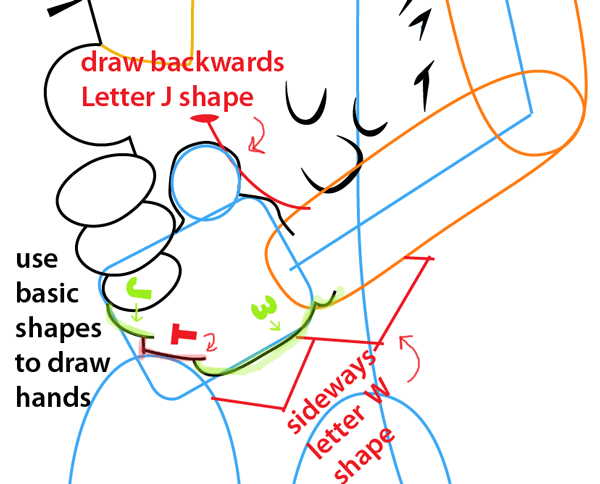 Draw backwards letter ‘J’ shape and use basic shapes to draw his hands, then draw a sideways letter ‘W’ shape as seen above. 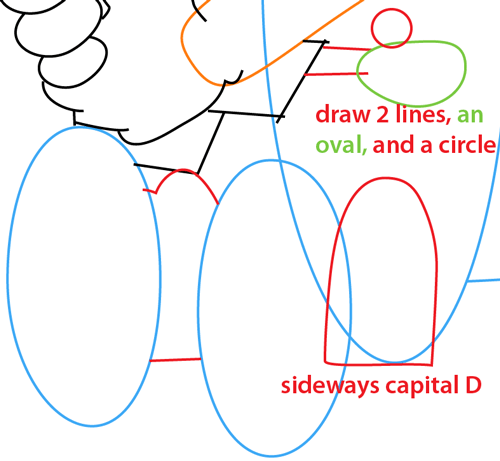 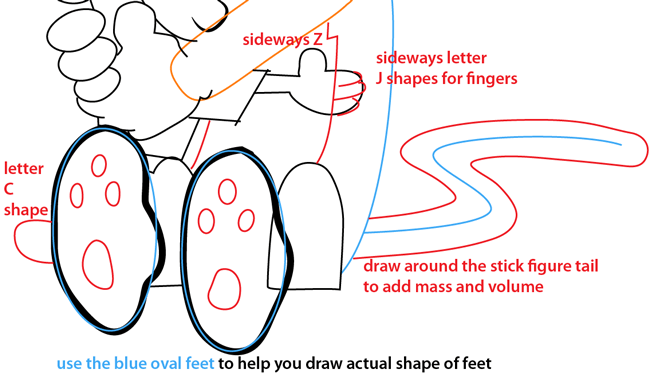 Draw a sideways letter ‘Z’ shape, sideways letter ‘J’ shapes and draw around the stick figure tail to add mass and volume. Draw a letter ‘C’ shape and use the blue oval feet to help you draw the actual shape of his feet. 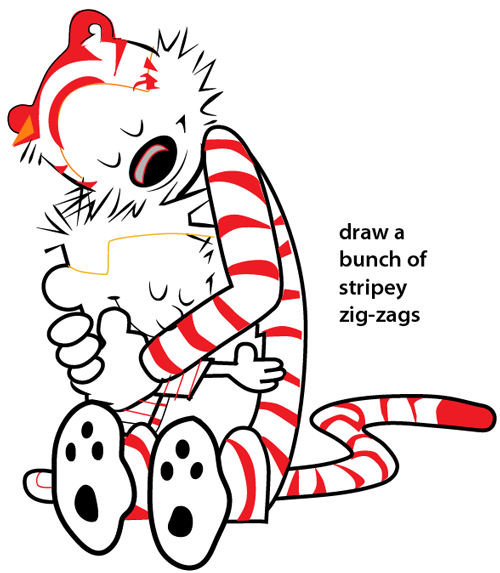 Then just draw a bunch of stripey zig-zags on Hobbes. 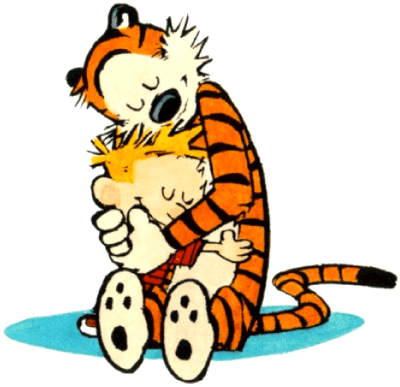 Now darken the outlines…and erase the guidelines that we don’t need anymore. You might want to get out your colored pencils, watercolors, pastels, or markers and color them in as it makes them look a lot better…doesn’t it? I hope that this tutorial helped you to draw Calvin and Hobbes from the Comic Strip Calvin and Hobbes and that you had a lot of fun 🙂