Today we will show you how to draw Disney’s Pluto, Mickey Mouse’s best friend. Learn how to draw Pluto with the following simple step to step tutorial. 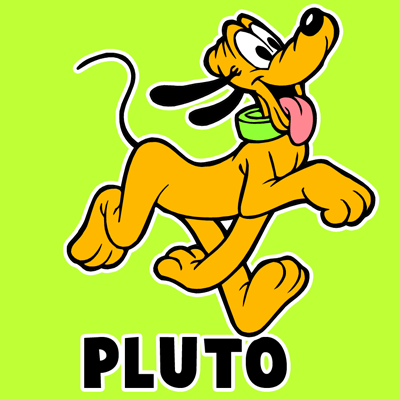 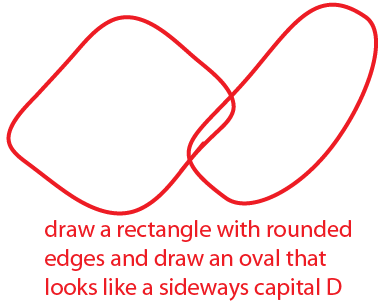 Draw a rectangle with rounded edges and draw an oval that looks like a sideways capital ‘D’ shape. 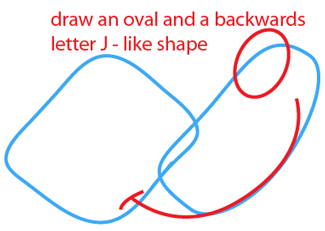 Draw an oval and a backwards letter ‘J’ like shape. 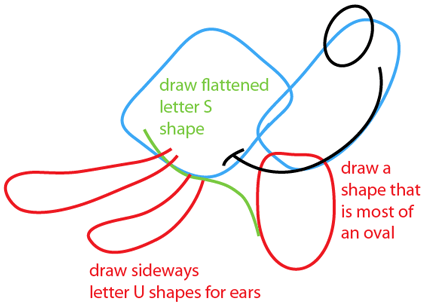 Draw a shape that is mostly oval and sideways letter ‘U’ shapes for the ears. The draw a flattened letter ‘S’ shape for his face outline. 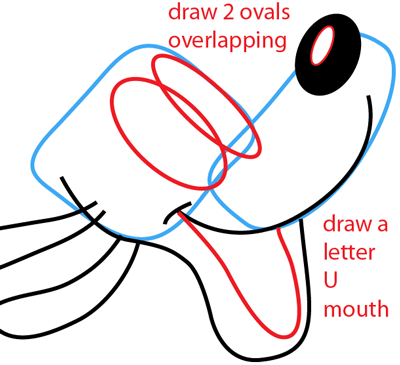 Draw two ovals overlapping for the eyes and a letter ‘U’ for the mouth. 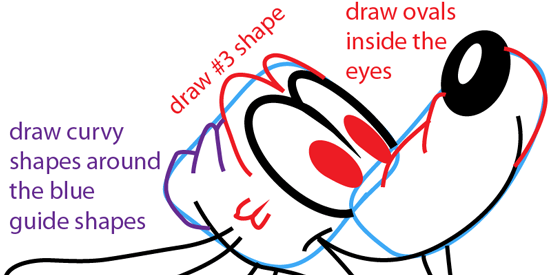 Draw curvy shapes around the blue guide shapes. Draw a number ‘3’ shape above the eyes and ovals inside the eyes. 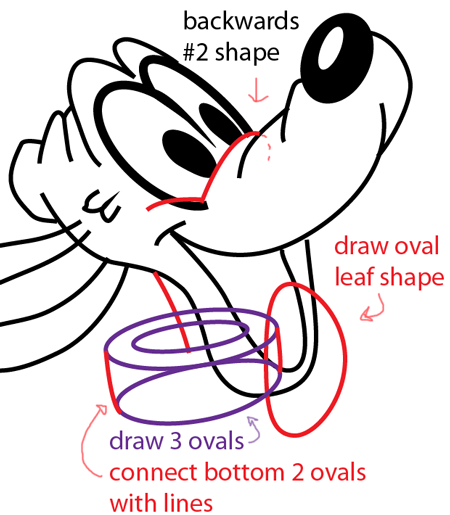 Draw three ovals and connect the bottom two ovals with lines and draw an oval left shape for his tongue. Draw a backwards number ‘2’ shape under his eyes. 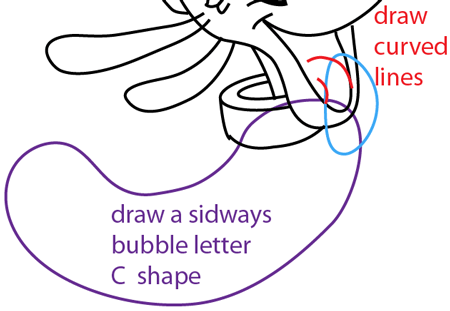 Draw a sideways bubble letter ‘C’ shape for his body and draw two curved lines by his leaf shape tongue. 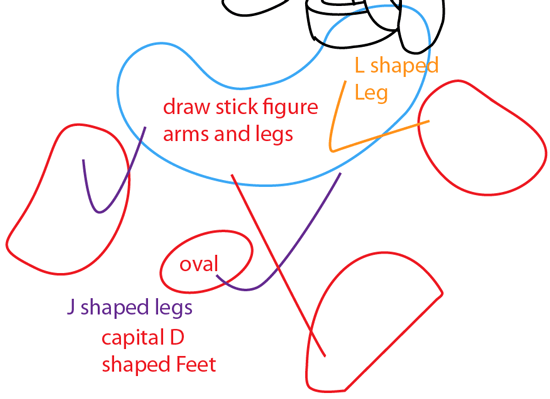 Draw stick figure arms and legs, then three ‘D’ shape legs and one oval for the feet. 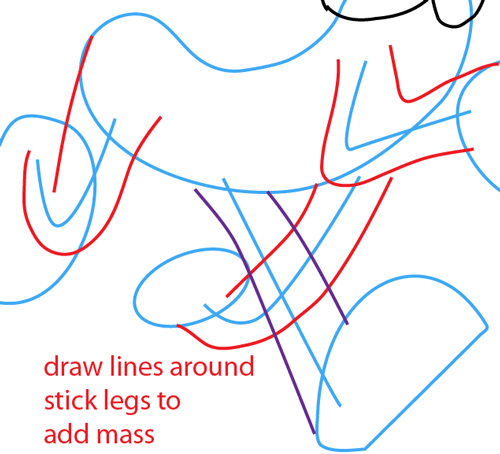 Draw lines around the stick legs to add mass. 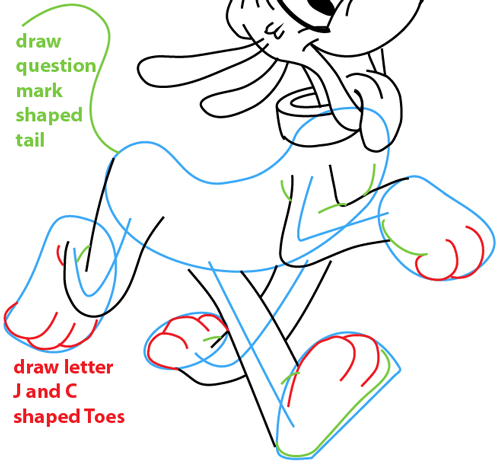 Draw a question mark shape for the tail and letter ‘J’ and ‘C’ shapes for the toes. 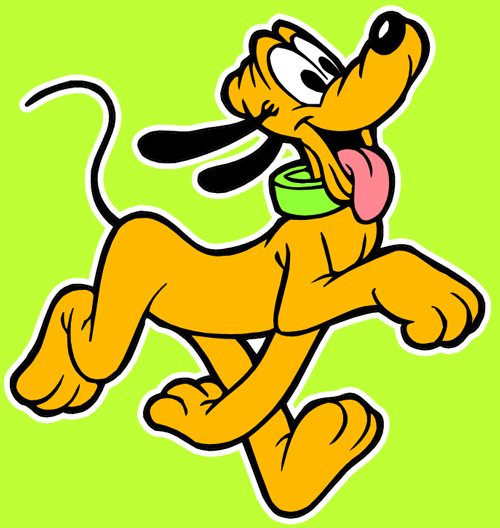