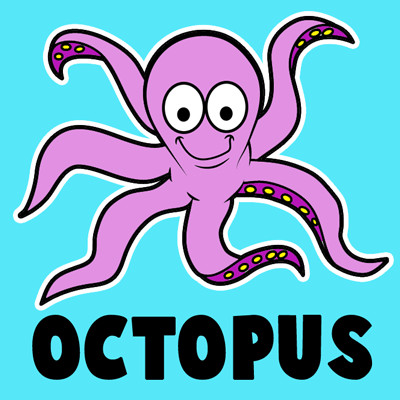 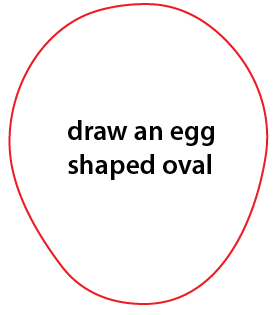 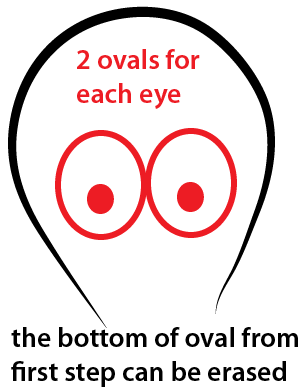 Erase the bottom of the oval from the first step.  Then draw two ovals for each eye. 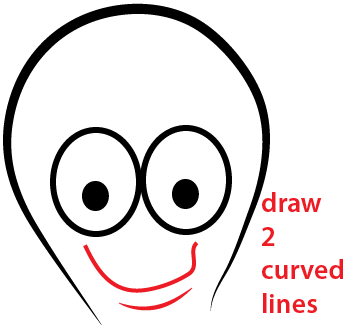 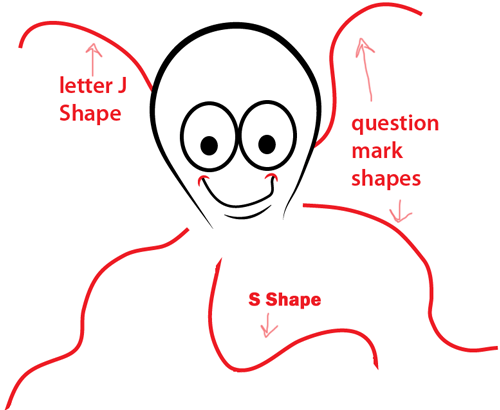 Then start drawing his tentacles by drawing letter ‘S’  and ‘J’ shapes and question mark shapes. 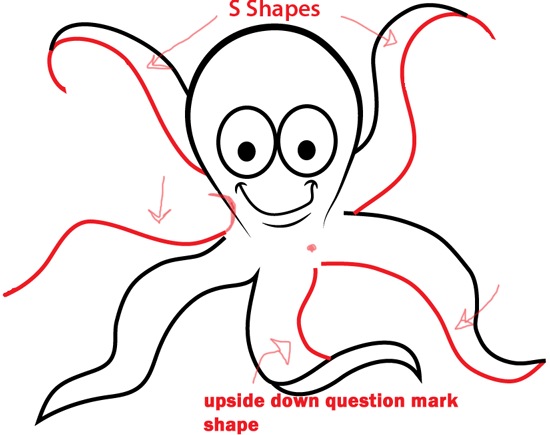 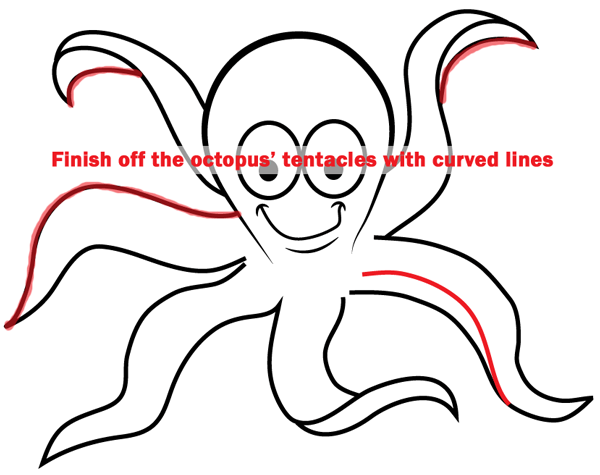 Finish off the octopus tentacles with curved lines. 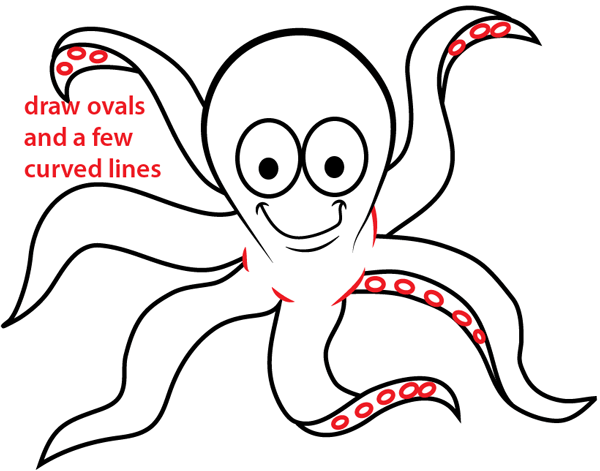 Draw ovals and a few curved lines to finish off your cartoon octopus. 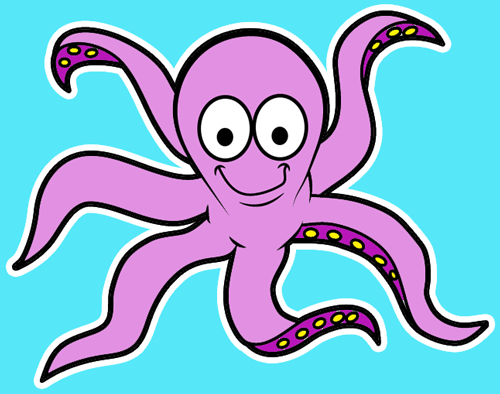 Color your drawing if your like. I hope that this tutorial helped you to draw a Cartoon Octopus and that you had a lot of fun 🙂