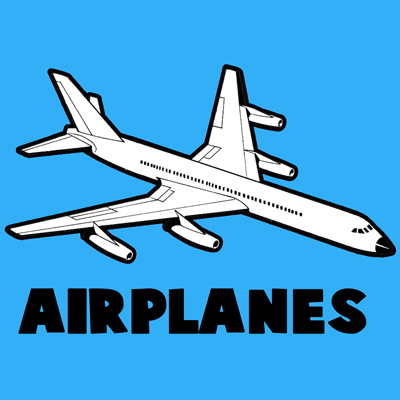 Draw a rod shape or a cylinder for the plane’s body.

Next draw a blunt cone shape for the plane’s nose, and a longer cone for the rear.

Now, draw the wings. Make sure the wings are of the same size and shape. 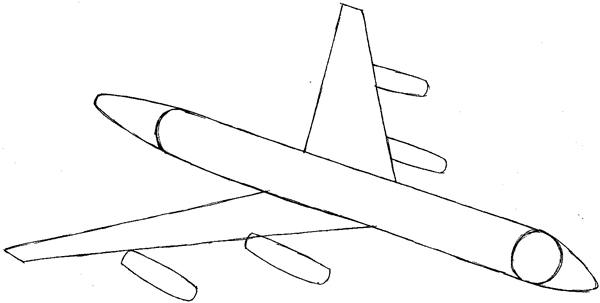 Next, draw several cylinders underneath the wings for the turbines. 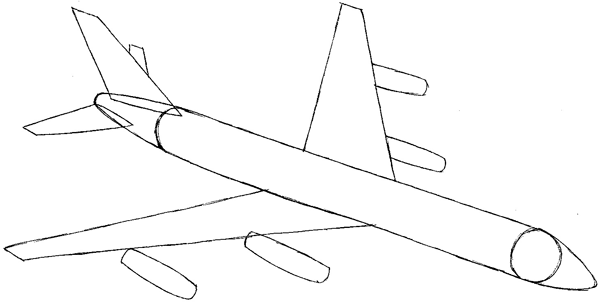 Draw the tail fin next, slanted triangles with their top cut off. 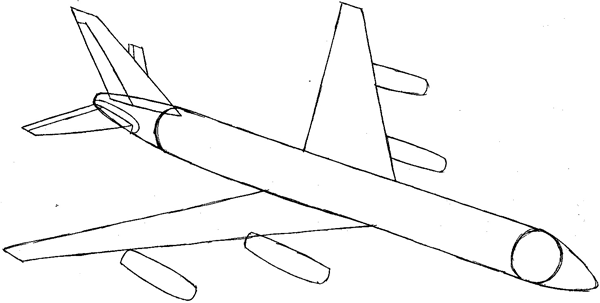 Add rectangles to the edges of the tail fins as flaps. 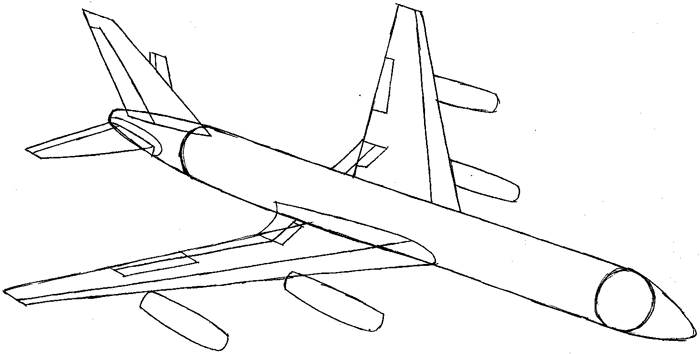 Do the same for the wings, but keep the contoured to the shape of the wing. 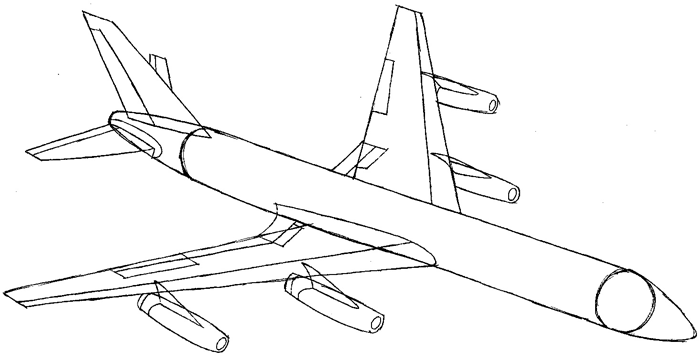 Add a few details to the turbines. 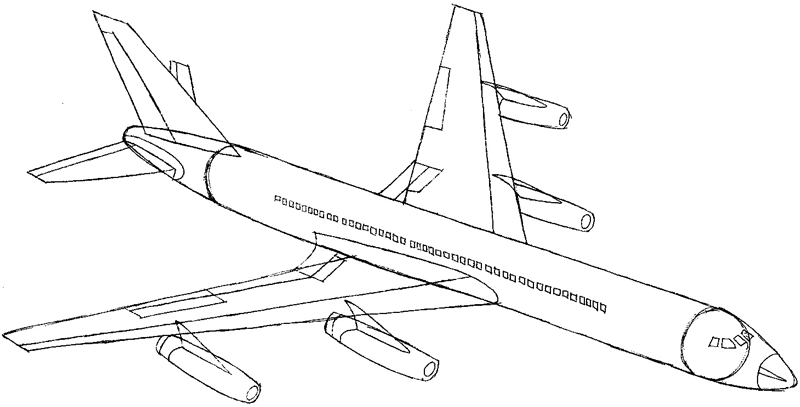 Next draw the windows. 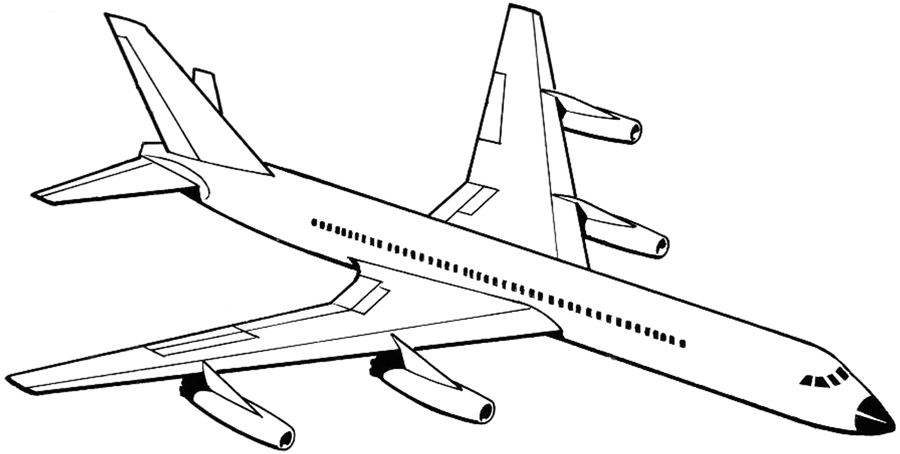 Do a little bit of shading under the wings, near the nose and the windows. I hope that this tutorial helped you to draw an Airplane and that you had a lot of fun 🙂