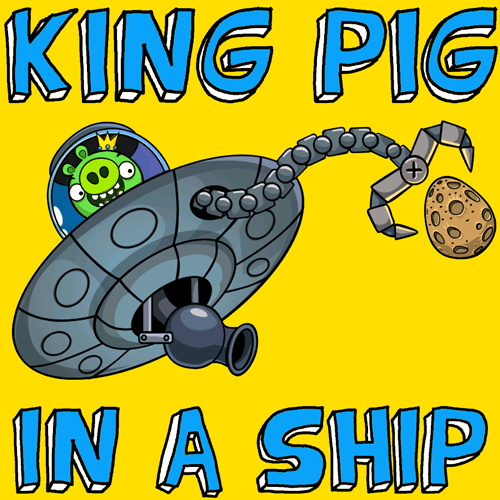 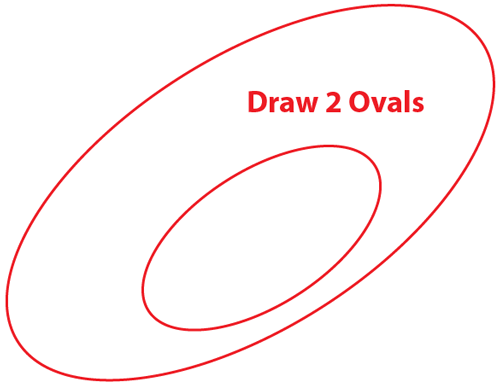 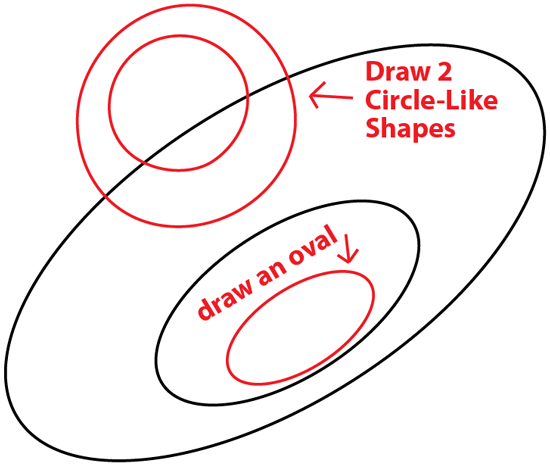 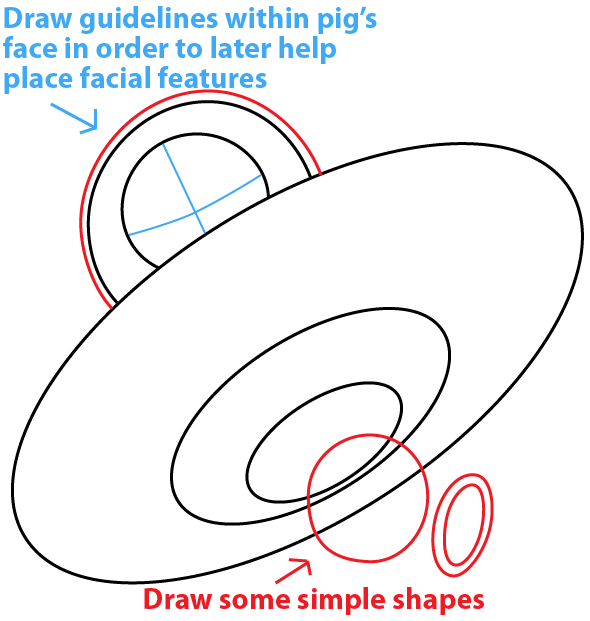 Draw guidelines within the pig’s face in order to later help place the facial features. Then draw some simple shapes at the bottom. 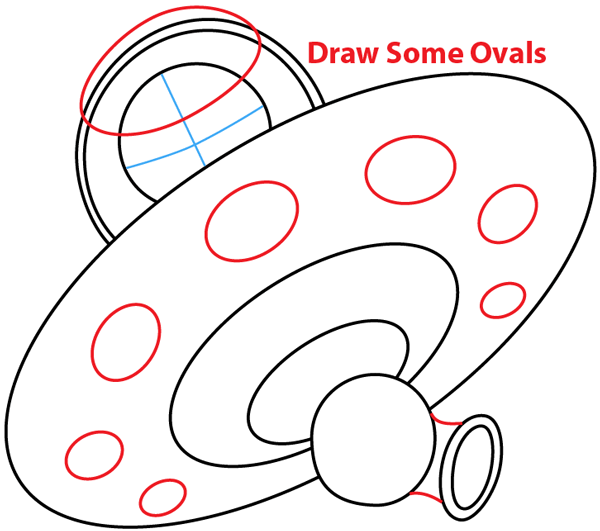 Draw some ovals and two two curved lines at the bottom. 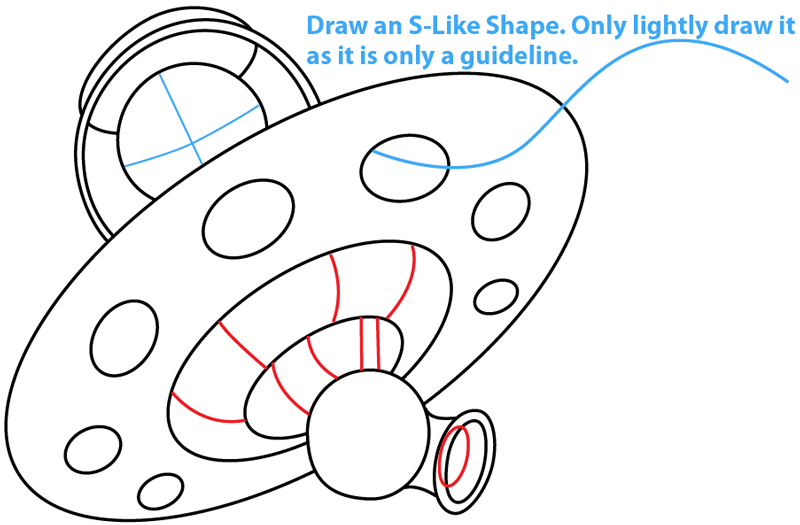 Draw an letter ‘S’ like shape and only lightly draw it as it is only a guideline. And draw an oval and lines as seen above. 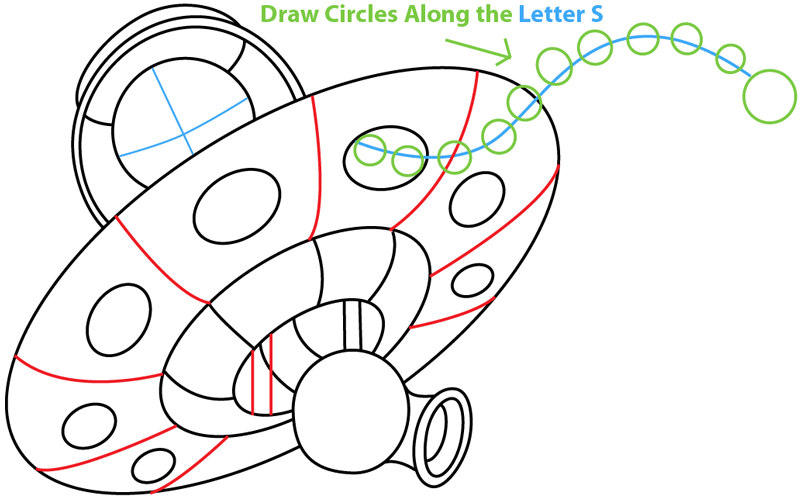 Draw lines between the ovals you drew in step 4 and draw circles along the letter ‘S’ shape guideline. 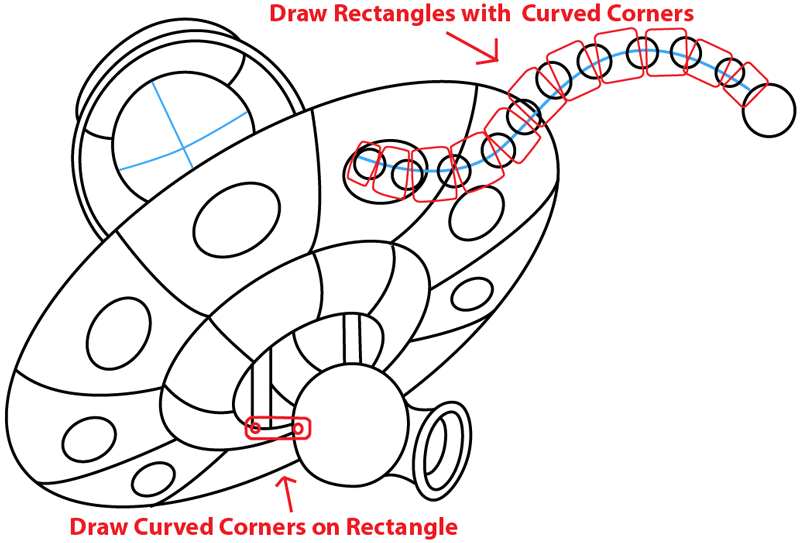 Draw rectangles with curved corners on the circles on the guidelines. 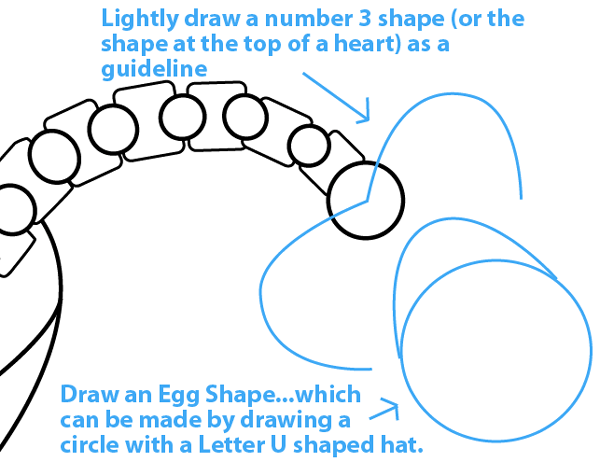 Lightly draw a number ‘3’ shape (or the shape at the top of a heart) as a guideline. Draw an egg shape under the heart shape, which can be made by drawing a circle with a letter ‘U’ shaped hat. 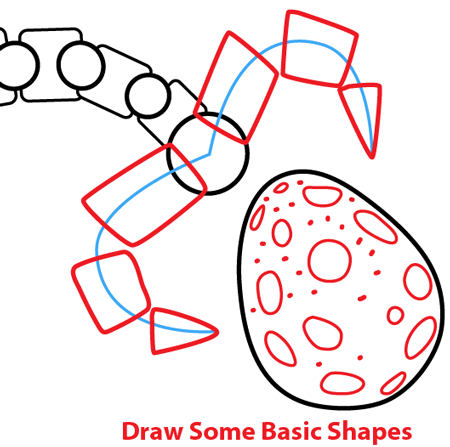 Draw some more basic shapes like the illustration above. 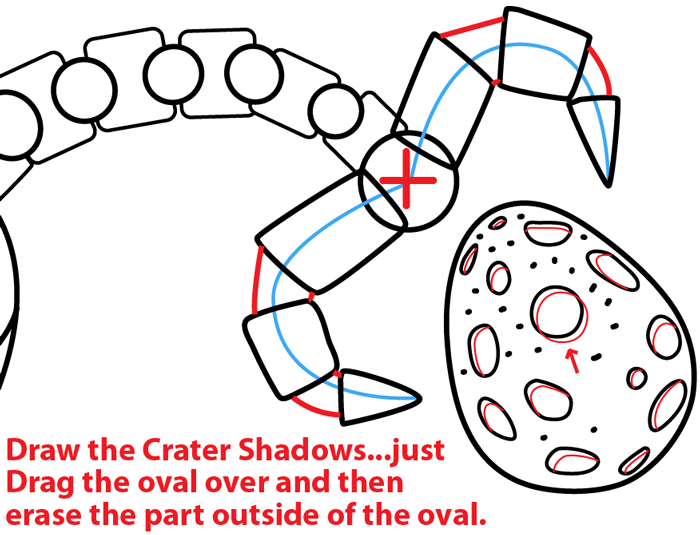 Next, draw the crater shadows, just drag the oval over then erase the part outside of the oval. 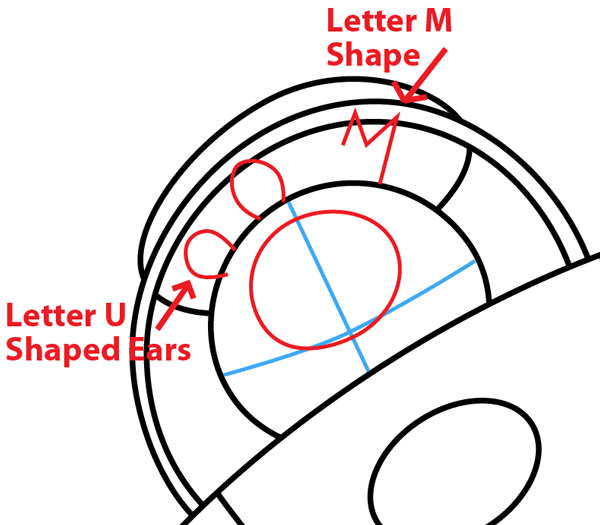 Draw letter ‘U’ shaped ears and an oval shape for his snort. Start drawing his crown by drawing a letter ‘M’ shape. 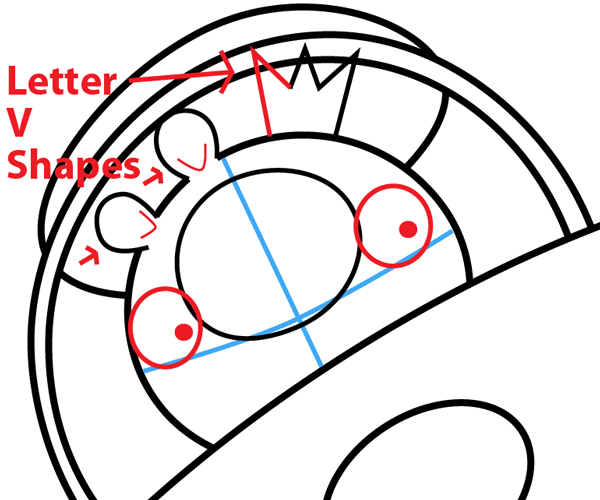 Draw 3 letter ‘V’ shapes, one in each ear and one to complete the crown. Next draw his eyes ( two ovals and 2 small ovals filled). 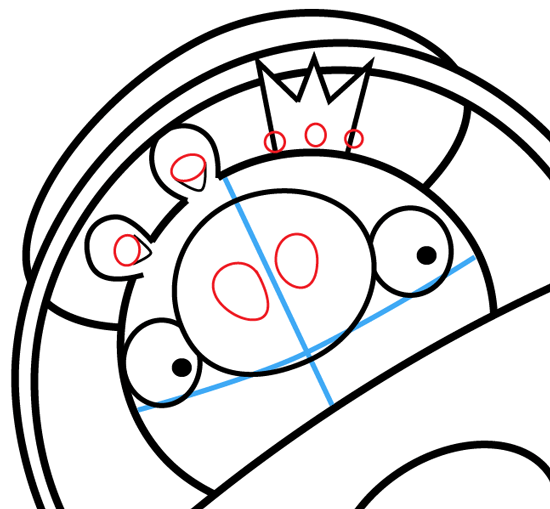 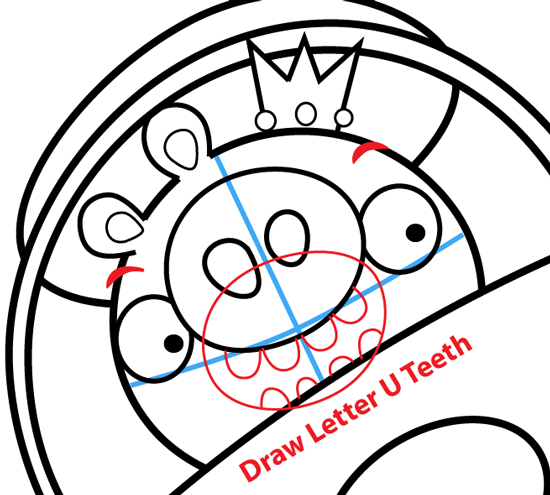 Draw letter ‘U’ shaped teeth and two curved lines for the eye brows. 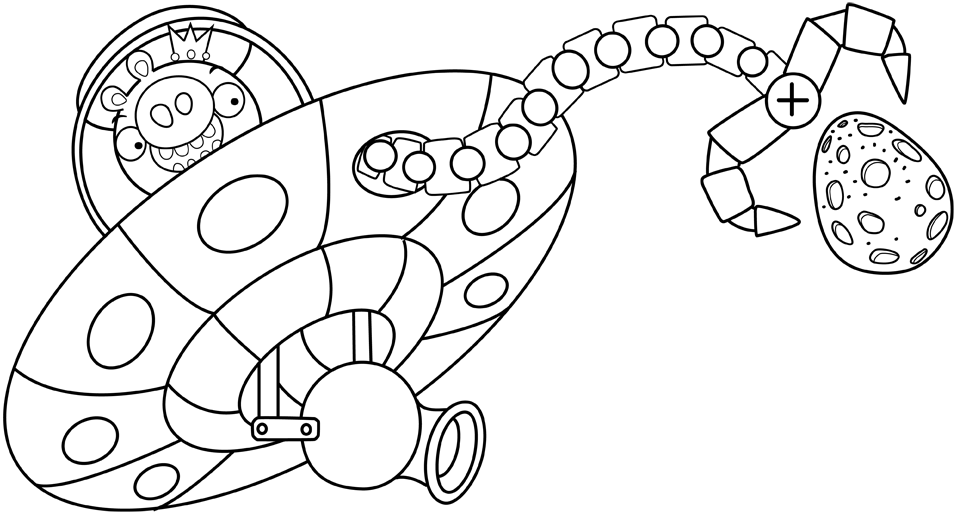 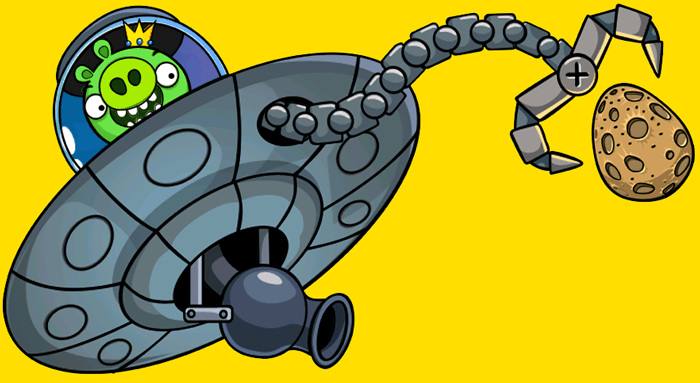