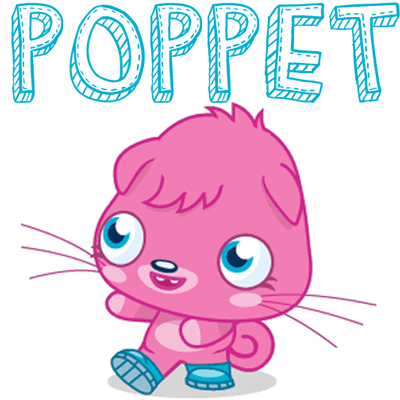 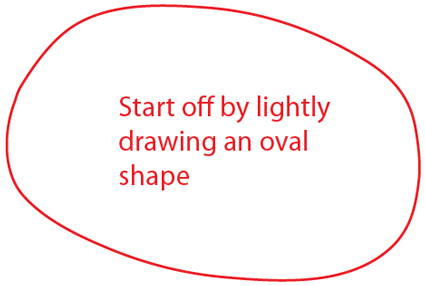 Start off by lightly drawing an oval shape. 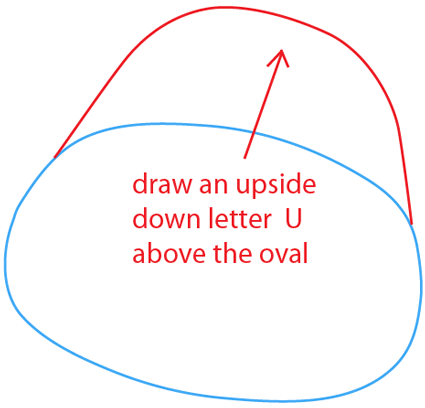 Draw an upside down letter ‘U’ shape above the oval. 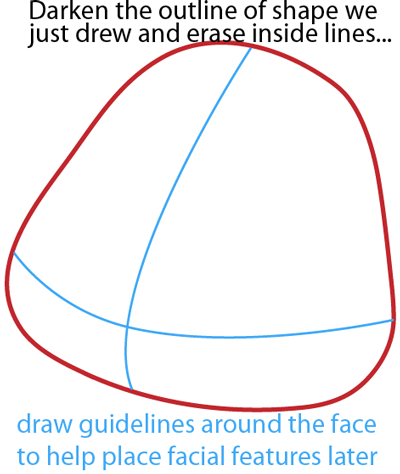 Darken the outline of the shape we just draw and ease the lines, then draw guidelines around the face to help place the facial features later. 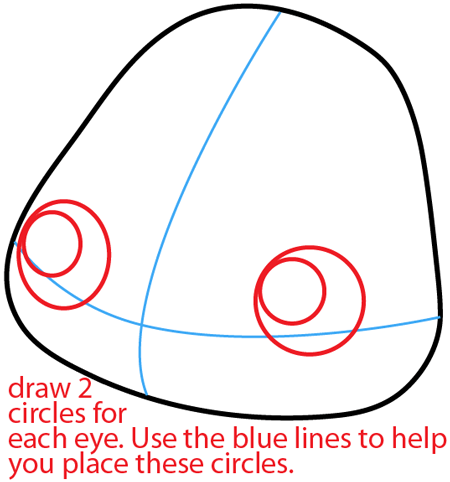 Draw two circles for each eye. Use the blue lines to help you with the placement of these circles. 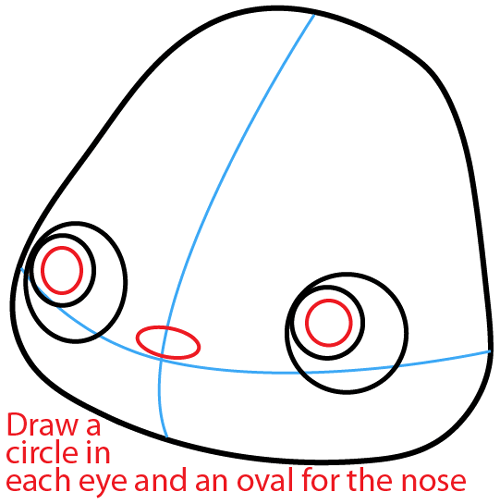 Draw a circle in each eye and an oval for the nose. 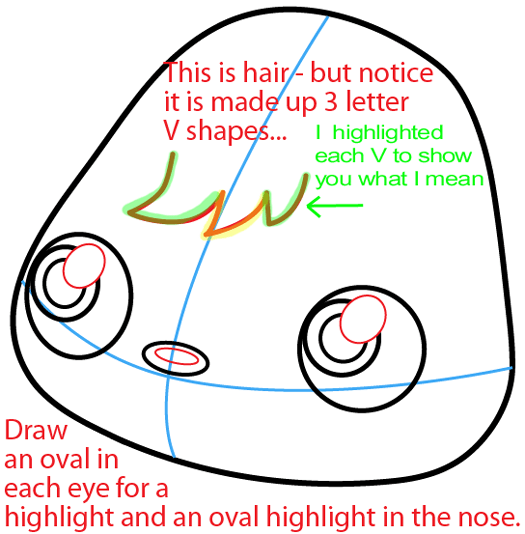 Draw an oval in each eye for a highlight and an oval highlight in the nose. Next draw his hair (which is made up of three letter ‘V’ shapes). 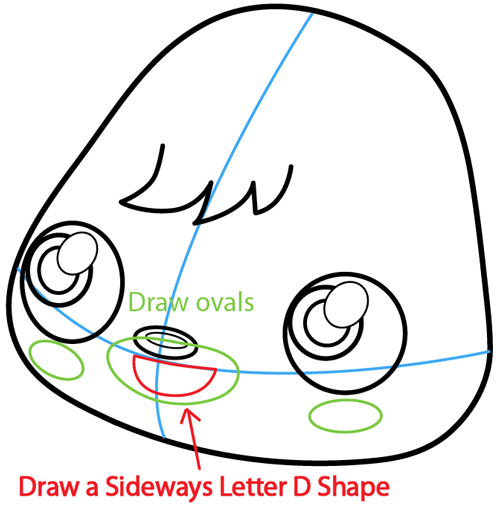 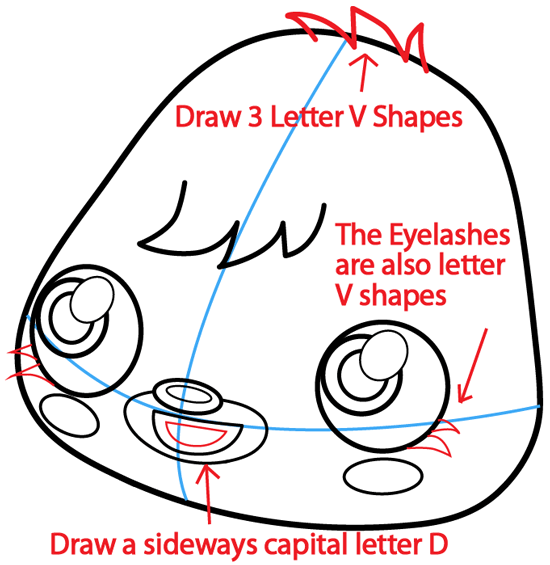 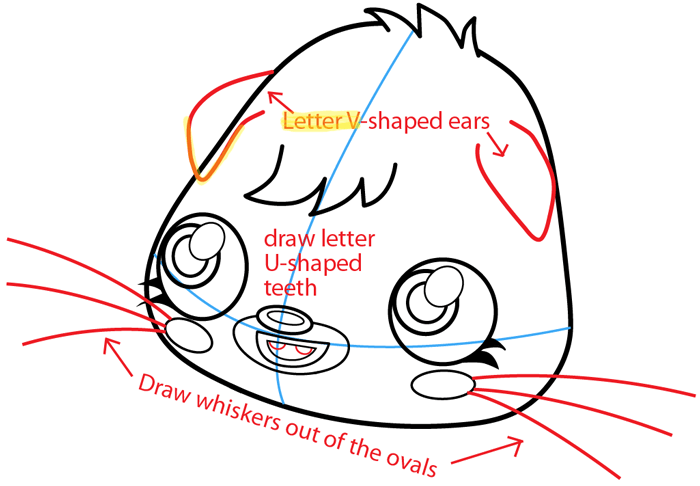 Draw whiskers out of the ovals, and letter ‘V’ shaped ears. Draw two letter ‘U’ shapes for his teeth. 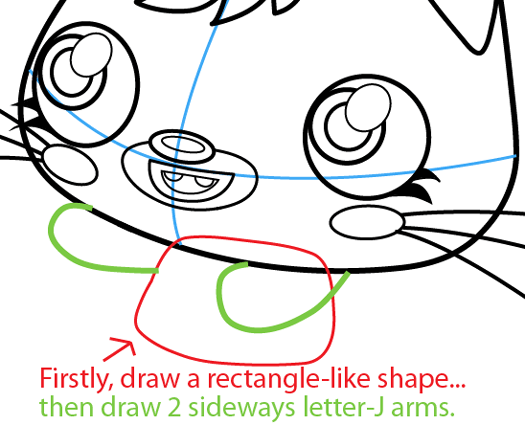 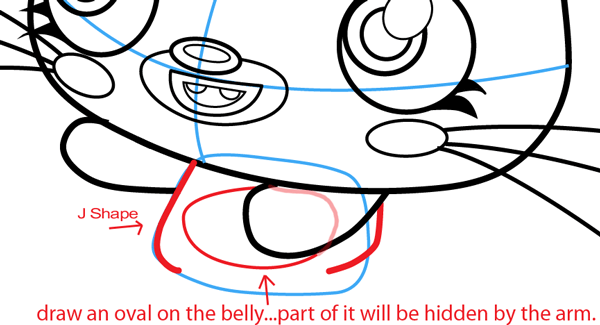 Draw an oval on the belly (part of it will be hidden by the arm). And draw two letter ‘J’ shapes like above. 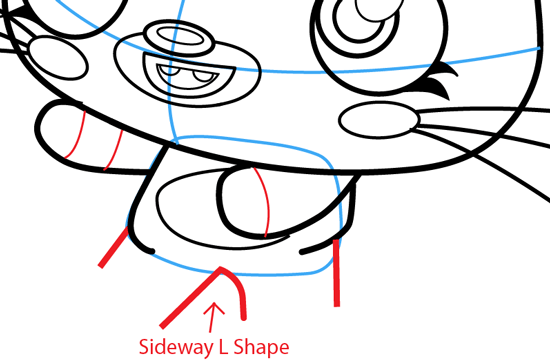 Draw line details to the arm. Next we start drawing his legs (two lines and a sideways letter ‘L’ shape). 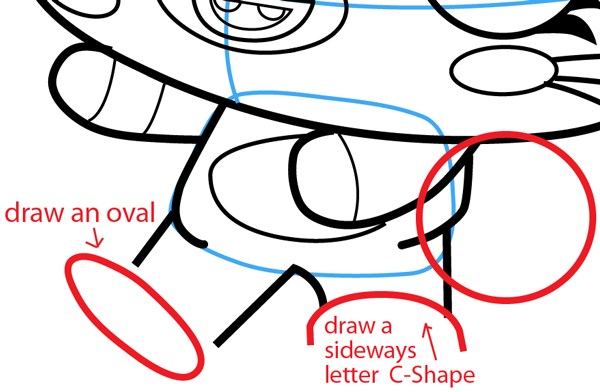 Lightly draw a circle on the right (for his tail). And draw an oval for his left foot and a sideways letter ‘C’ shape for his right foot. 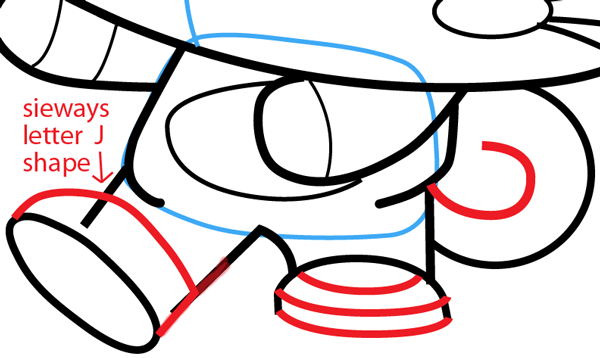 Finish drawing his tail and add some details to his feet. 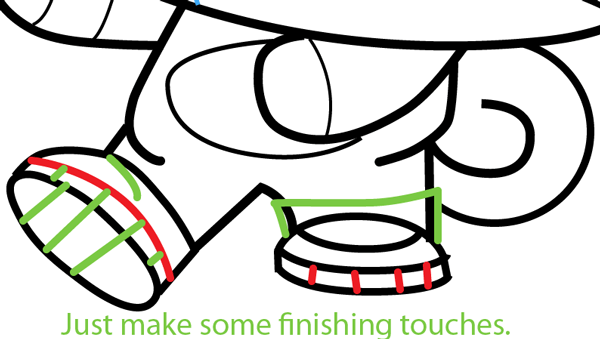 Finally just make some finishing touches to his shoes and your done! 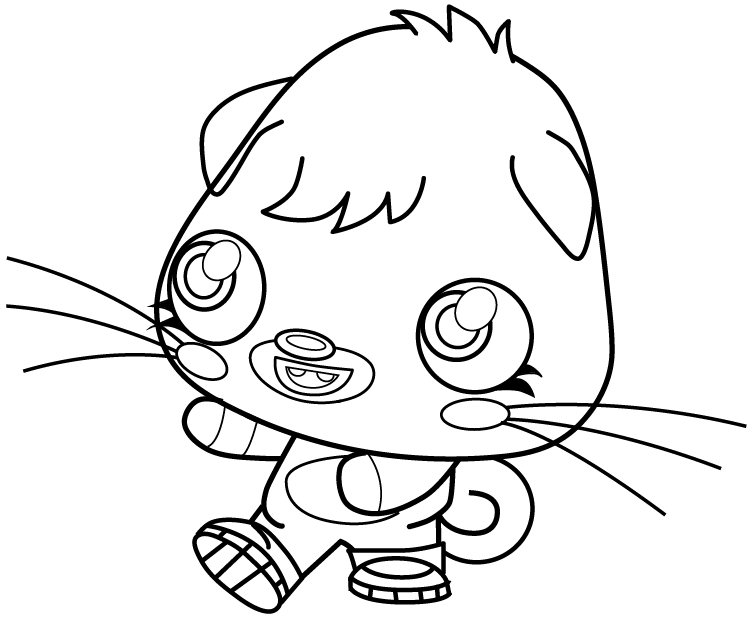