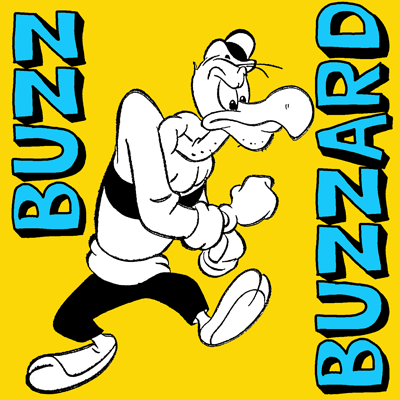 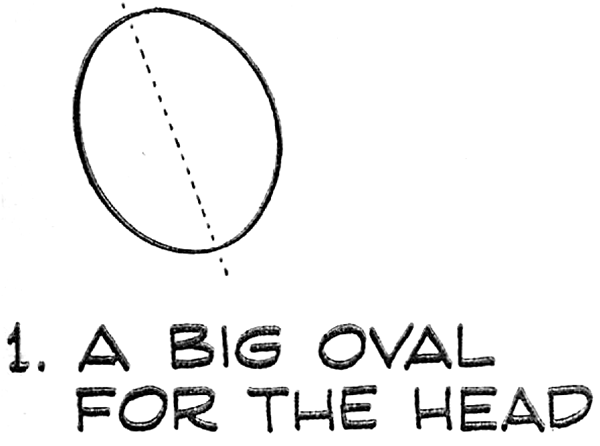 Start off your drawing with a big oval for the head. Lightly draw a line thru it, as seen above. This will be used as a guide line. 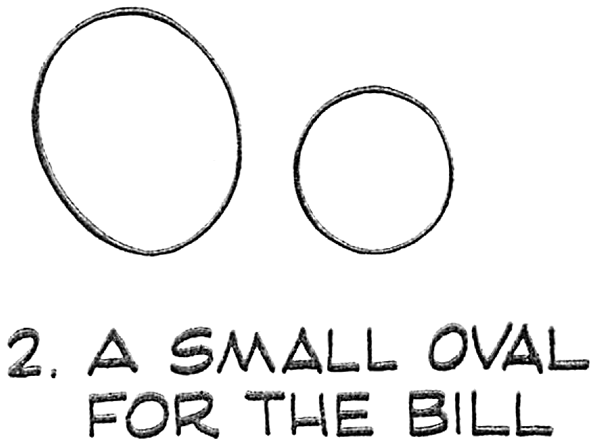 Now lightly draw a small oval for the buzzard’s bill. 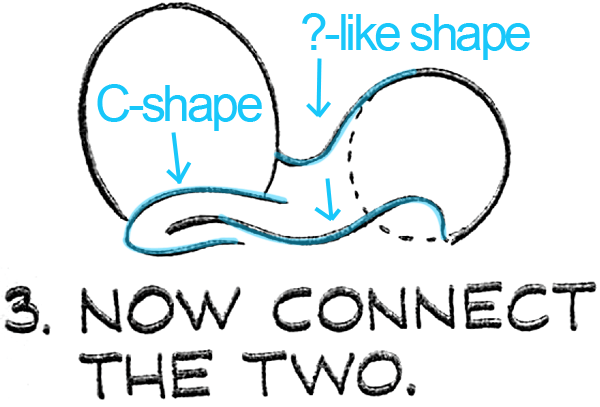 Now connect the 2 ovals as seen above. Notice that they are similar shapes to symbols that you draw every day. Such as the letter ‘C’ shape and the sideways ‘?’ or ‘S’ shape. 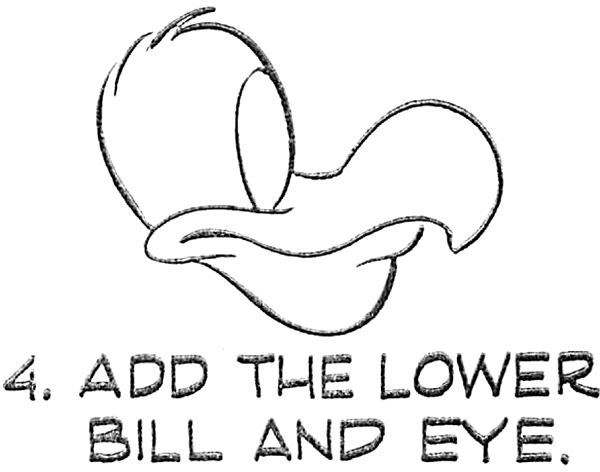 Now add the lower bill…which to me looks like a capital letter ‘J’. Also add the eye which is an oval. 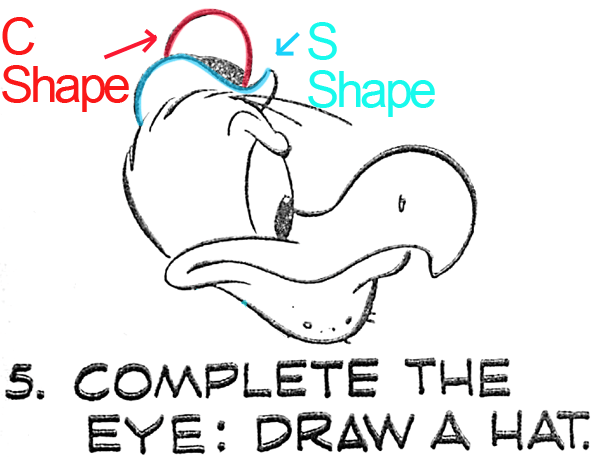 Now draw a hat and complete the eye. The hat can be drawn with a sideways letter ‘S’ like shape and a half circle shape (or a letter ‘C’ like shape). 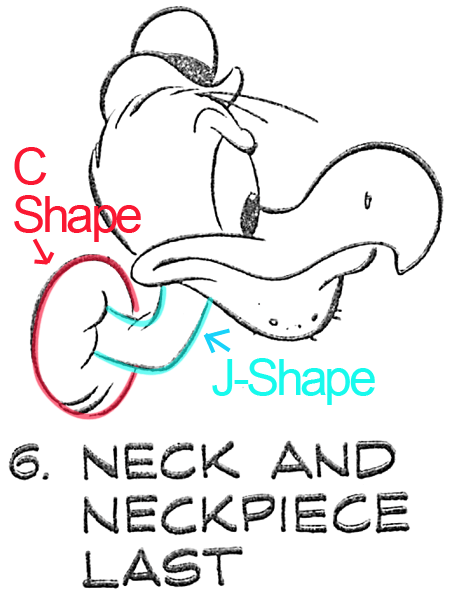 Now draw the buzzard’s neck and neck piece. The neck is just made up of 2 letter ‘J’ shapes. At the bottom of the neck is a #3-like shape. And then there is an oval or ‘c’ shape at the bottom as well. 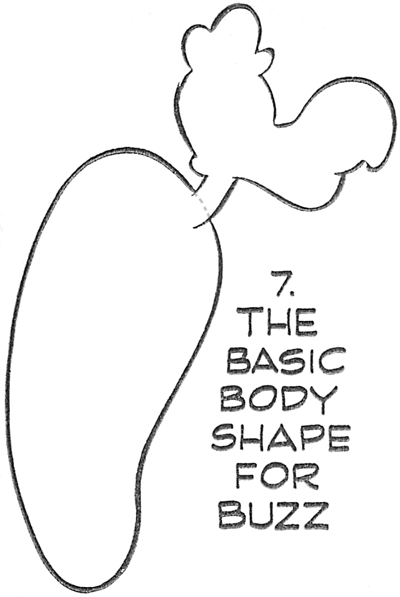 Now draw Buzz’s body shape which is basically an odd-shaped oval, such as a kidney shape. 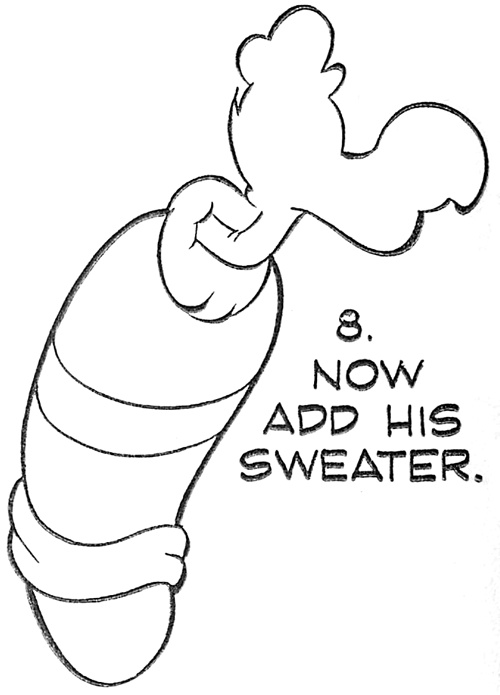 Now add his sweater….which is just basic curves. The curves at the bottom of the sweater resemble the ‘s’ like curve. At the right and left are number ‘3’ like shapes. 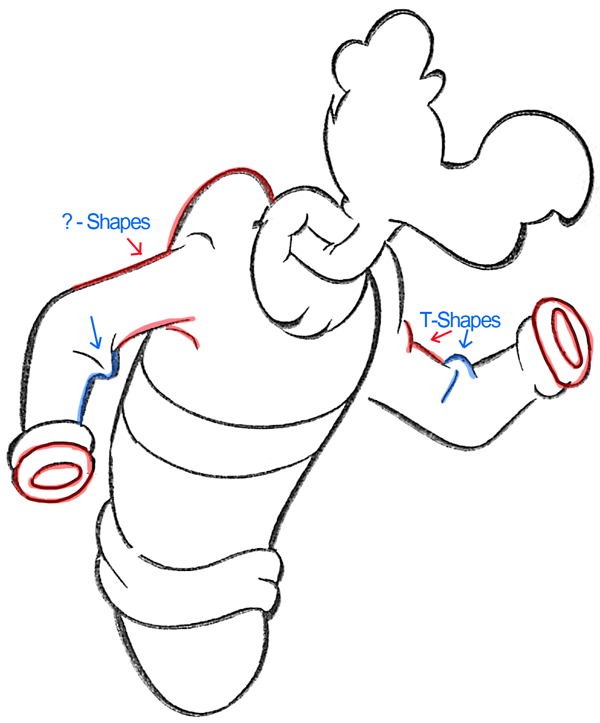 We are starting to draw Buzz’s arms. I highlighted some basic shapes within the arms to help you draw them…such as a ‘?’-like shoulder and in his arm. As well as ovals at the bottoms of the arms … that look like Cherrios…as well as a few letter ‘T’ shapes. 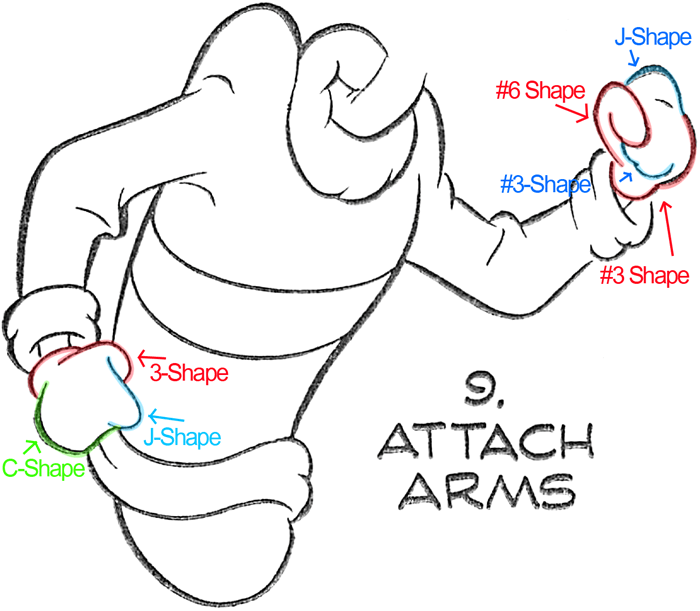 The hands are a bit tricky…but if you recognize a few basic shapes within them, you should be okay. 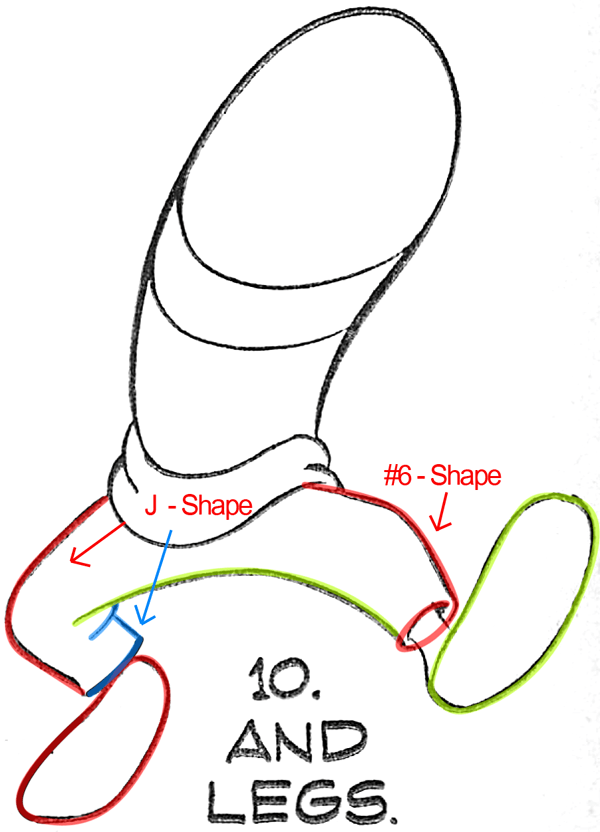 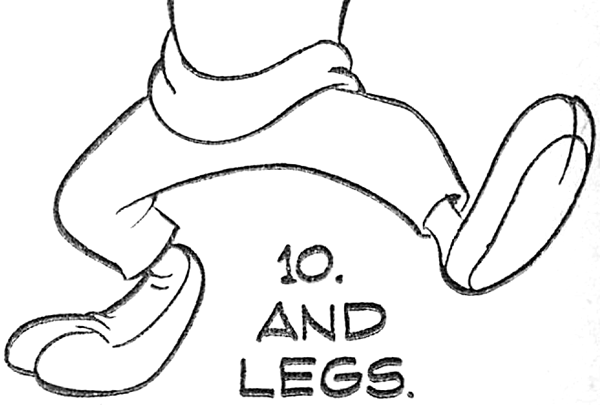 And then add the basic details. Now you have drawn Buzz Buzzard. 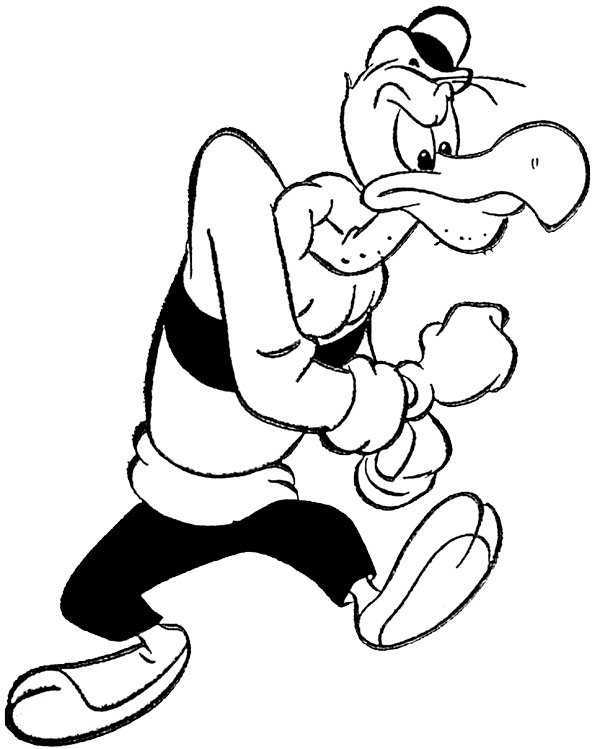