Do you want to learn how to draw a house in correct perspective so that it really looks like it is 3-dimensional? Here is an easy to follow tutorial that will help you not only draw houses, but also anything else that you want to draw in correct 2 point perspective. 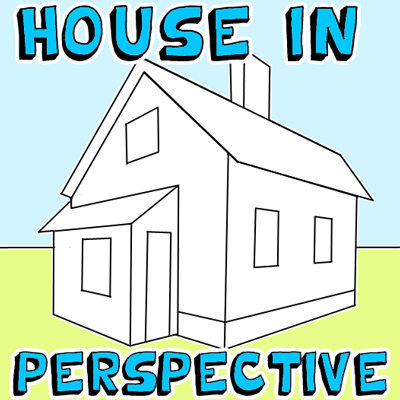 We draw with perspective drawing techniques in order to make a more realistic 3-dimensional object. In this technique, every set of parallel lines  has its own vanishing points.

More specifically, when we are drawing or viewing something in 2 point perspective, we are seeing the object at a corner, and the 2 sets of parallel lines are moving away from us to the vanishing points….as you see above (vp stands for vanishing points). Here is a Basic 1 Point and 2 Point Perspective Lesson and Here is an Intro Lesson to Perspective.

Below we will show you how to draw a house in Two  Point Perspective.

Like I mentioned above, we will be drawing this house in two point perspective. We will be using 2 vanishing points (vp) to create this 3-dimentional house.

You will want a wide piece of paper. Draw a dot on both sides of this wide paper…these will be the vanishing points (vp). Use a ruler to draw a line from one dot to the other.

Use a ruler to draw 3 vertical lines along the line…as seen above.

(optionally) If you have a T-Square…use this, as it is a great tool to ensure the lines are vertical.

Now take a ruler and draw a line from each dot to the vanishing point on both ends. Notice that one of the dots is lower than the other.

Find the center of the top-left line. Then Draw a vertical line there.

Also draw a few other vertical lines, as seen above.

– Draw lines toward the right vanishing point for the windows on the right wall.

– Draw a triangle-like shape from the top point of the roof to the left wall and the right wall…but extend it a bit further to touch the next wall. 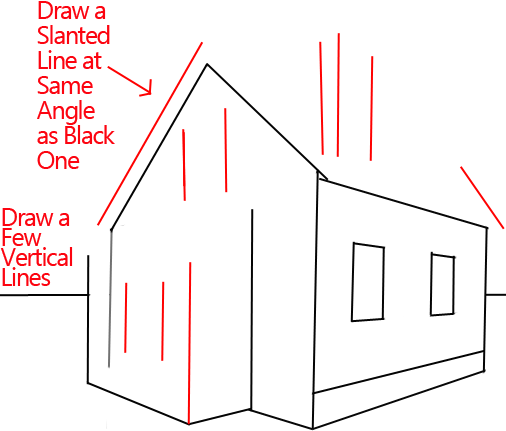 – Draw two slanted lines for the sides of the roof. 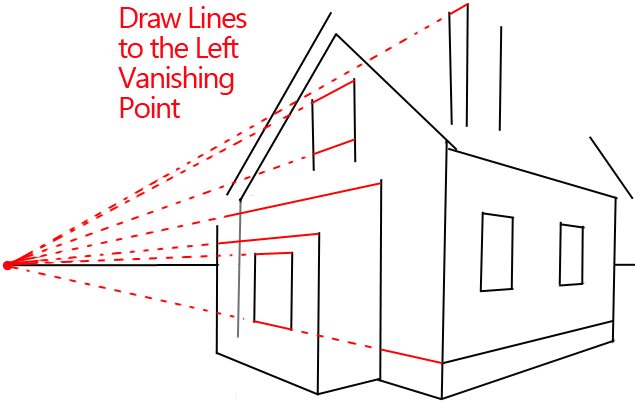 Draw lines over to the left vanishing point. 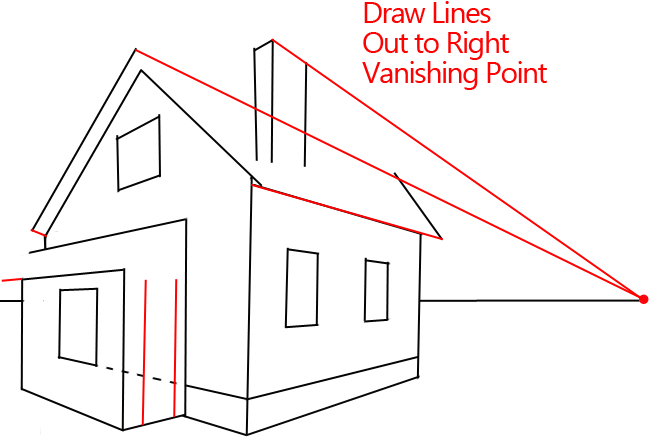 – Draw lines out to the right vanishing point.

– Extend one of the walls a bit (I erased it by accident in one of the previous steps. 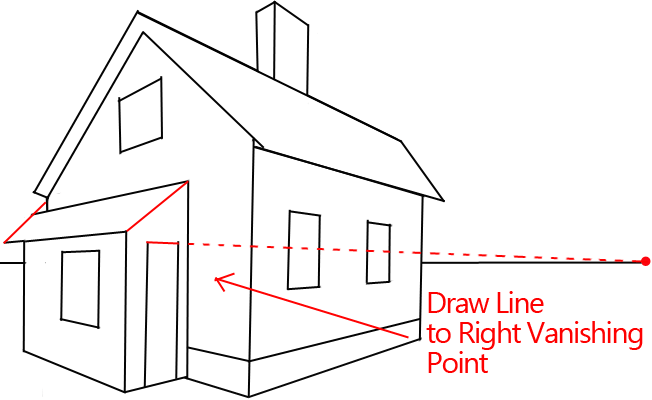 – Draw a line over to the right vanishing point. 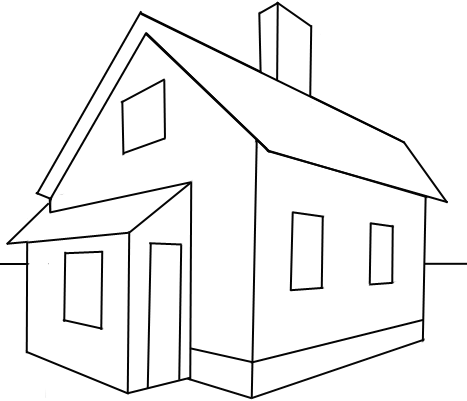 Erase any lines that you don’t need any more.