Katniss Everdeen is the amazing main character from The Hunger Games (both a fantastic book and movie).  Jennifer Lawrence plays Katniss in the movie and she does a tremendous job bringing out every aspect of the character. Today I will show you how to draw Jennifer Lawrence as Katniss. I will show you a geometric / mathematical way to get some of the features closer to what they should be (opposed to just drawing it freehand). I hope that my techniques help and maybe make the whole process a little bit easier. 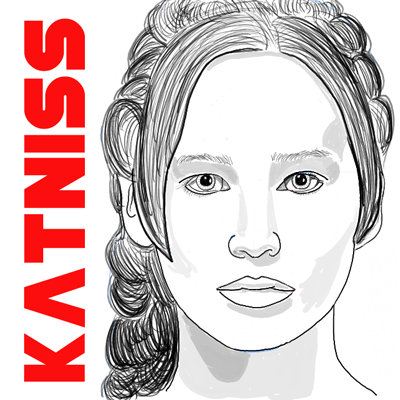 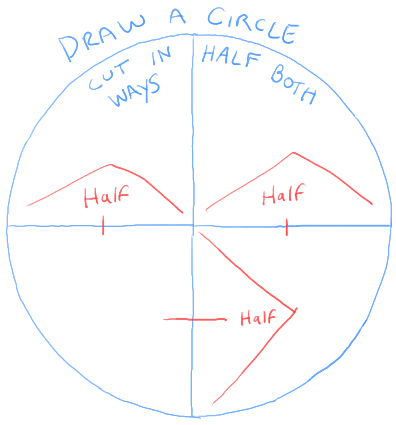 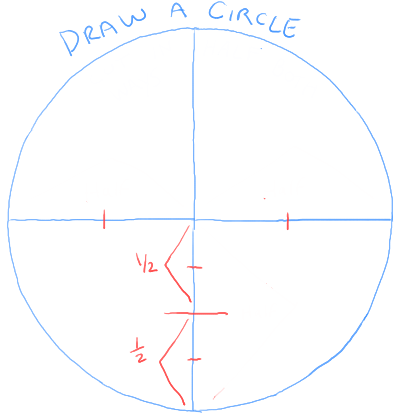 Then cut both of those halves in half again with another dash so that there are 3 dashes. Look at the diagram above to help you with this description. 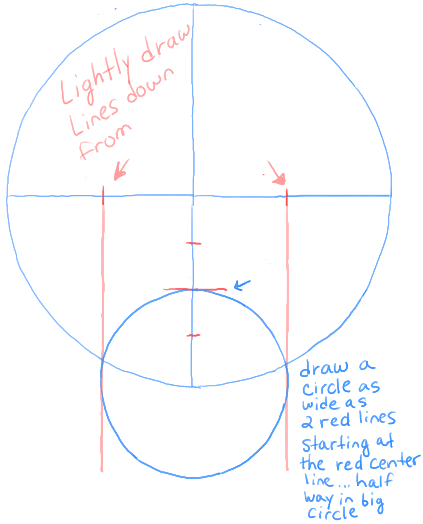 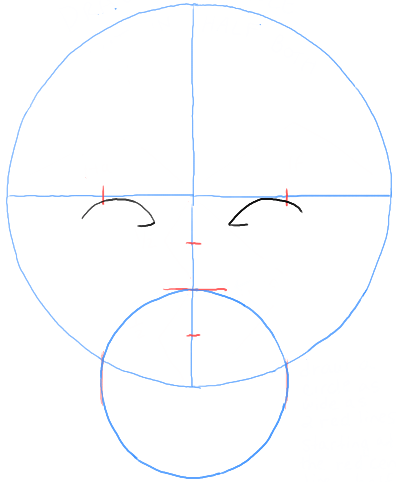 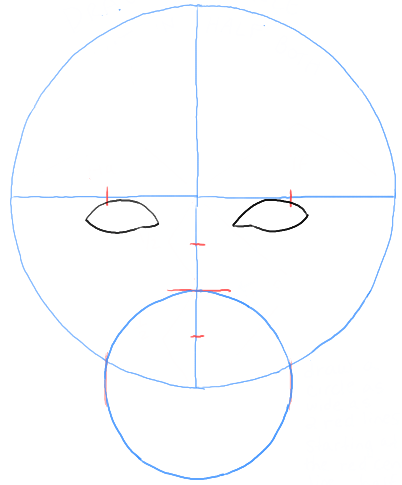 Draw the bottom curve of the eye. 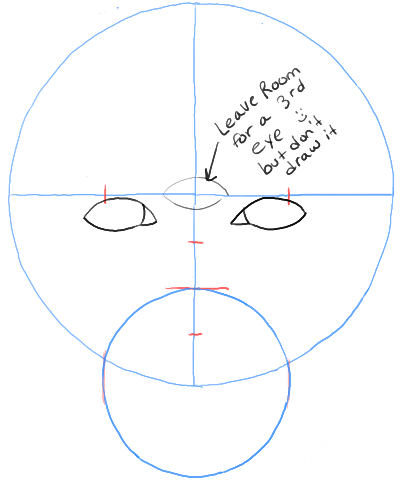 Draw an inward curved line for the tear duct. 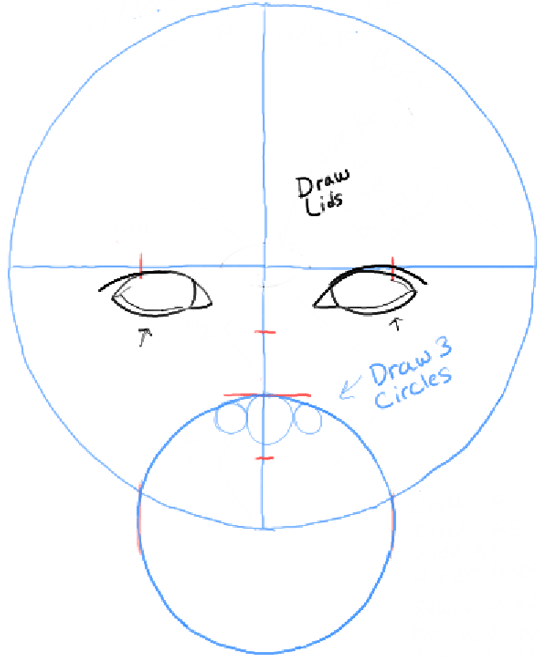 – Now draw the lids of the eyes.

– In order to help you get the right shape of the nose. First, lightly draw the 3 circles that you see above in between the 2 bottom dashes. 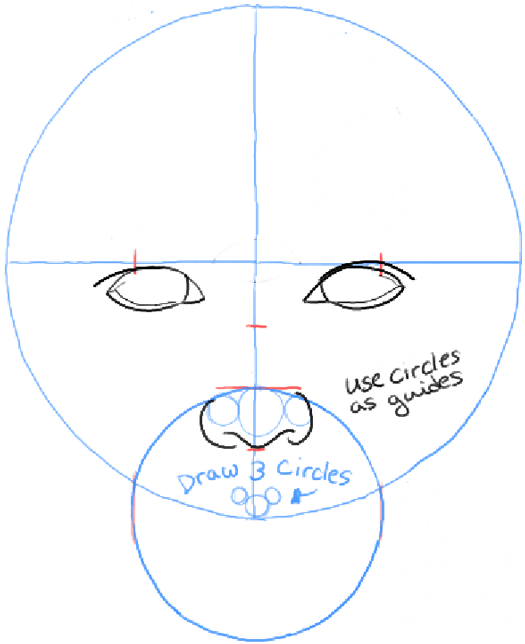 – Use the circles as a guideline to draw the actual shape of the nose.

– Lightly draw 3 circles at the bottom of the big circle…the 2 outside circles are slightly higher. These will help you draw the lips. 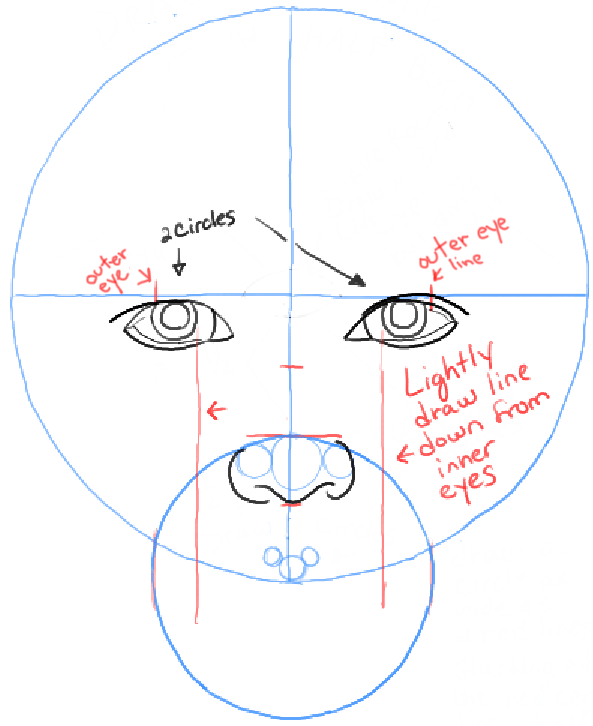 – Lightly draw a guideline down from the inside of the iris of the eye (the colored part of the eye). 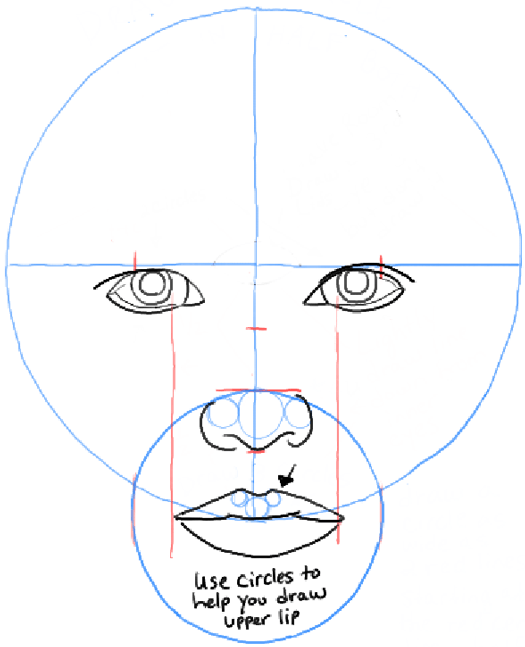 – Now use those circles to help draw the shape of the upper lip. Draw the lower lip as a full curve. 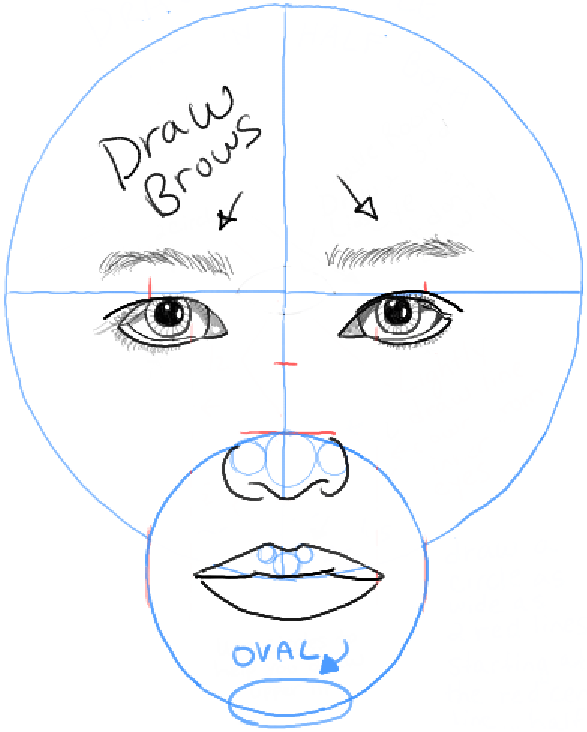 – Add some lashes to the eyes and add some shadows.

– Draw the brows with individual hairs. 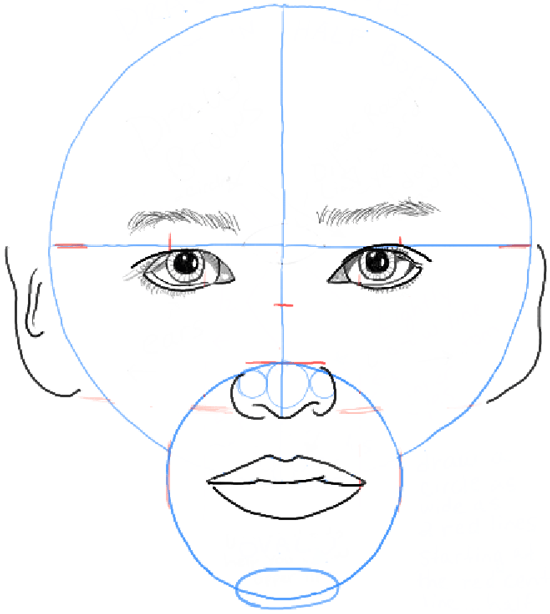 – Lightly draw an oval as a guideline for the chin. 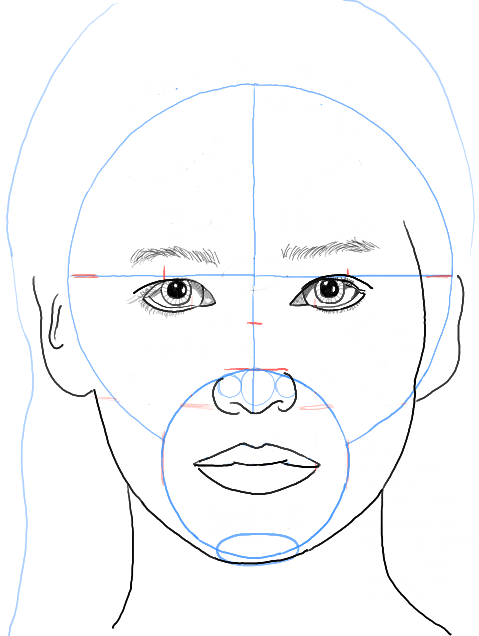 – Use the guidelines to help you draw the contour of the face and chin.

– Draw the neck … noticing that it lines up pretty well with the outside corners of the eyes.

– Lightly draw a guideline to where the hair should be drawn. 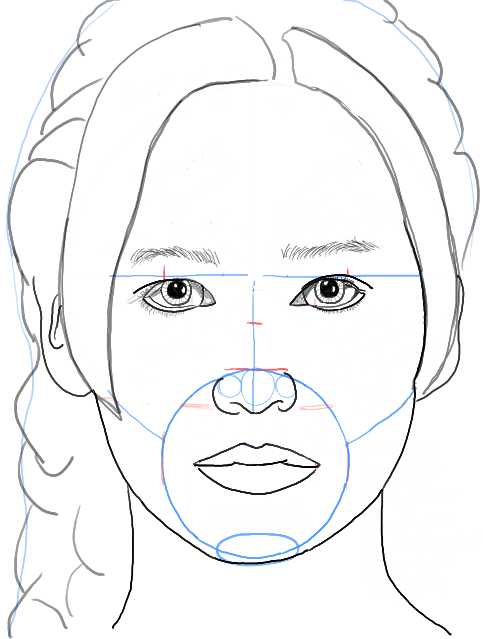 – Now draw the basic shape of the hair, using the guideline as a guide for you. 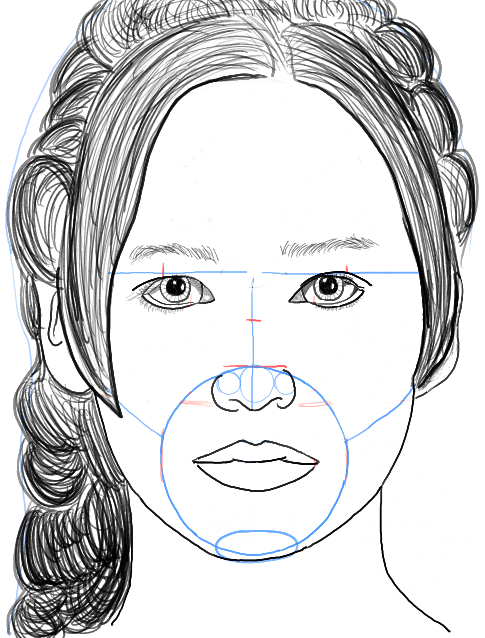 Now draw individual hairs…this could take a while. 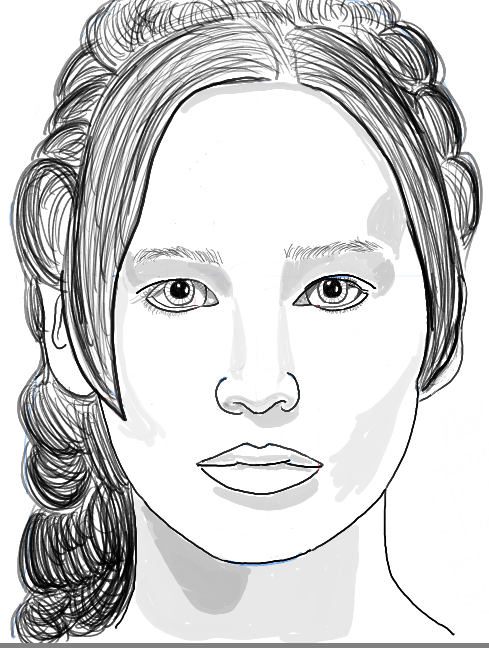 Now add some shadows. The drawing program I was using didn’t have a blender…it only had a pencil…so sorry, but my shading looks bad. Just make sure to get dark shadows under the eye brows. Those should be the darkest…as well as right under the neck and lower lip. Also draw lighter shadows on either side of the nose and on the lower part of the nose…also draw a shadow under her right cheekbone.

I hope that your Katniss Everdeen turned out amazingly.