Sven is the reindeer from Disney’s Frozen and Kristoff’s best friend and companion. Kristoff rides Sven around and is actually able to understand everything that Sven is trying to say without even speaking. If you want to learn how to draw Sven then this drawing tutorial will help you. It is a step by step drawing tutorial that will guide you with simplified steps. 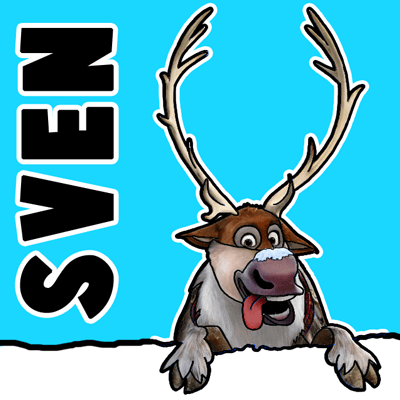 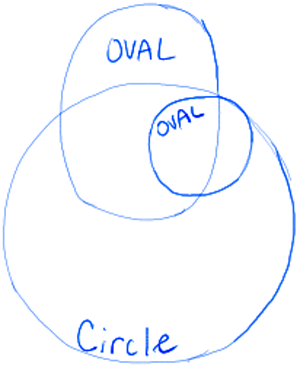 Lightly draw a circle and 2 ovals. 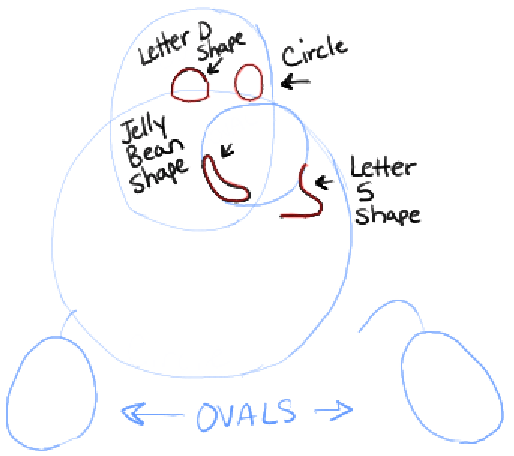 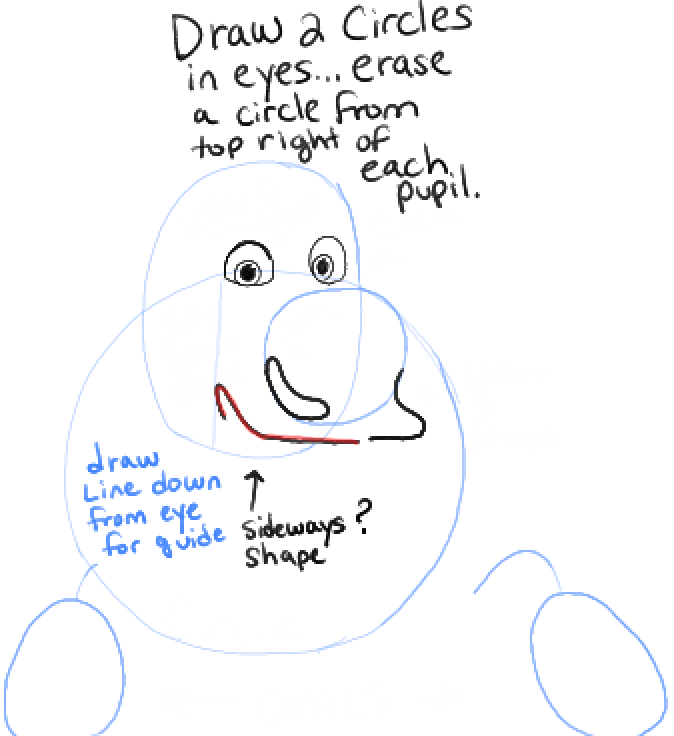 – Draw the pupils of the eyes by drawing 2 circles…the center one filled in except for a small white circle (for the highlight).

– Lightly draw a guideline down from the left eye…this will be how far the mouth needs to be drawn to. Draw a sideways ?-like shape for part of the mouth. 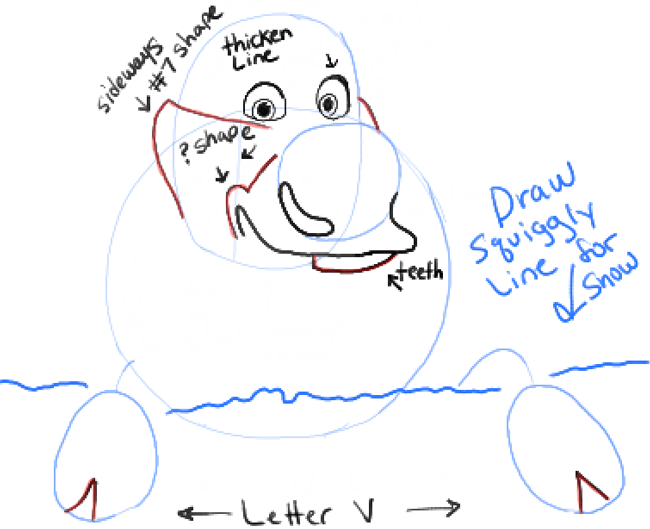 – Thicken the lines on the tops of the eyes.

– Draw a sideways #7-like shape for the left side of the face.

– Draw an upside down ?-like shape on the left side of the snout.

– Draw some squiggly lines for snow. 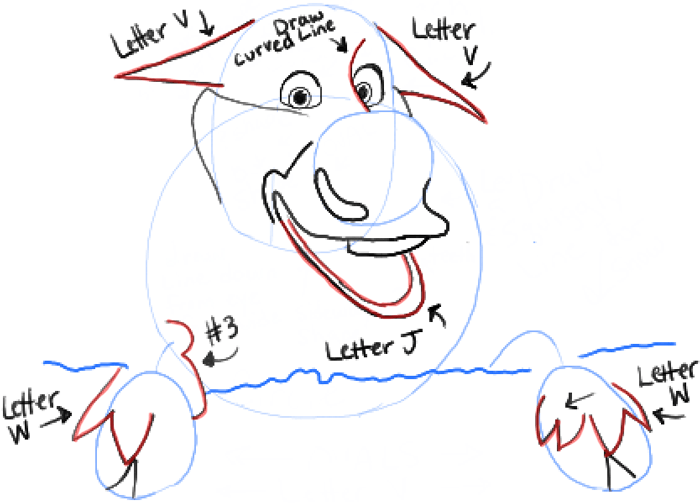 – Draw 2 letter ‘J’ shapes for the bottom of the mouth.

– Draw a few basic shapes for the hair on top of the hooves. 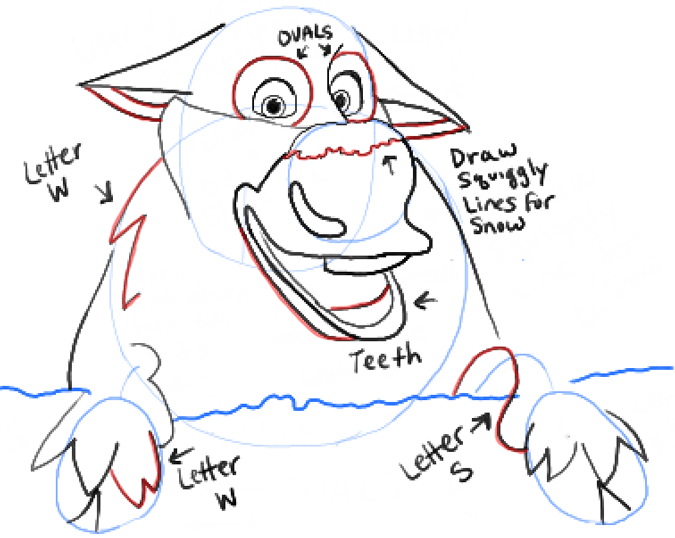 – Draw ovals around the eyes.

– Draw a backwards letter ‘s’ shape on the right arm and a letter ‘W’ shape for the fir on the left hoof.

– Draw squiggly lines for the snow on the snout area.

– Draw a sideways letter ‘W’ shape on the left side of Sven. 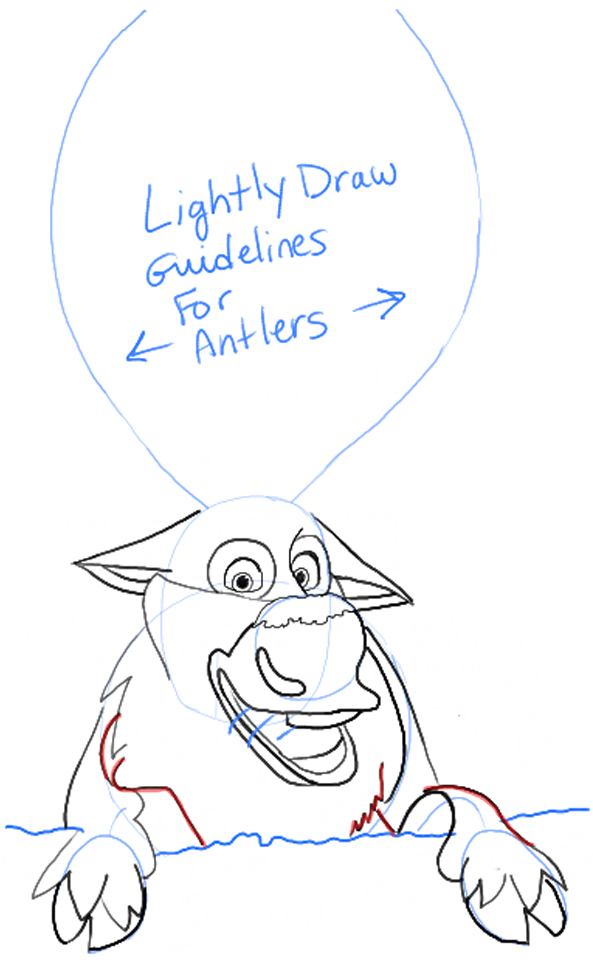 – Lightly draw inward curved lines on top of the head for Antler guidelines.

– Draw a ?-like shape and a curved line on the side of the left arm.

– Draw a flattened letter ‘s’ like curve on the right arm. Also draw a line and some zig-zaggy shapes.

– Draw 3 lines coming out of the mouth for the start of the tongue. 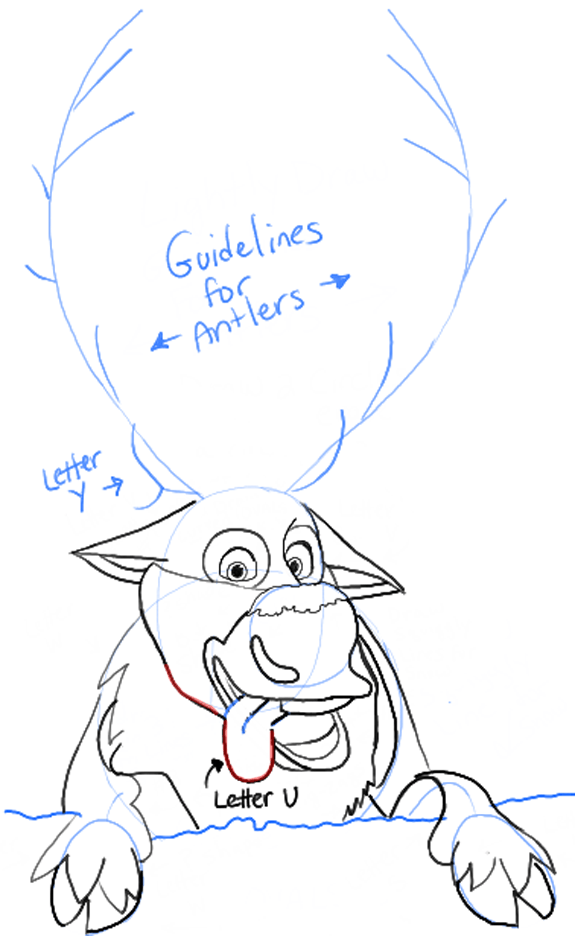 – Draw a letter ‘U’ shape for the bottom of the tongue.

– Draw the rest of the jaw.

– Draw more lines on the antler guidelines … like tree branches. 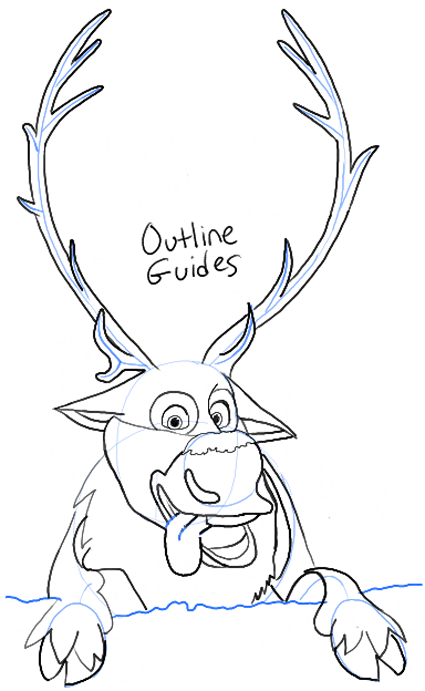 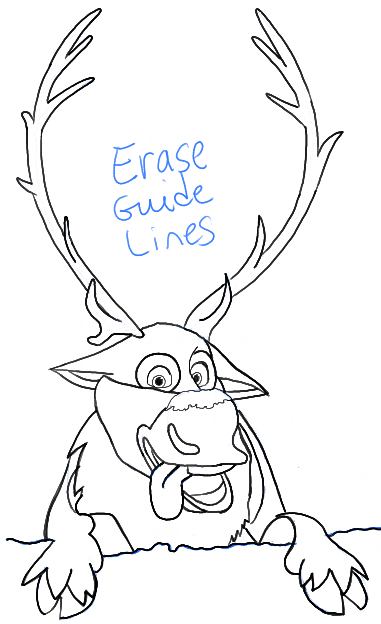 Erase the guidelines (they are blue in this tutorial).

Finished Drawing of Sven from Frozen 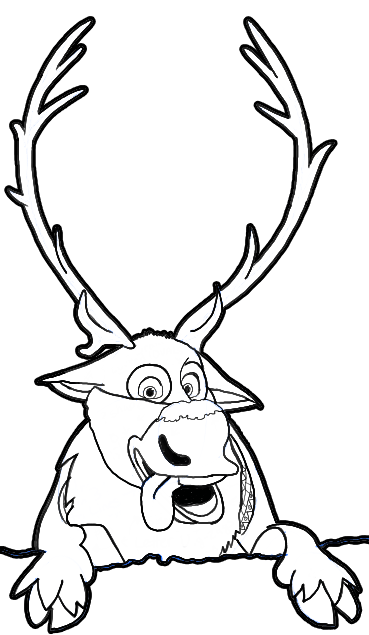 You now have a picture of Sven the Reindeer from Disney’s Frozen. I hope your Sven turned out great and that this tutorial helped you!