Unikitty is a lego brick build character that is in The Lego Movie of this year (2014). She is a unicorn kitty cat and is adorably pink with a unicorn horn on the top of her head. I will show you how to draw Unikitty with the following step by step drawing tutorial. I hope that you have fun! 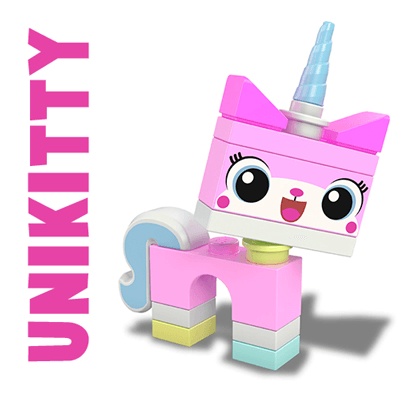 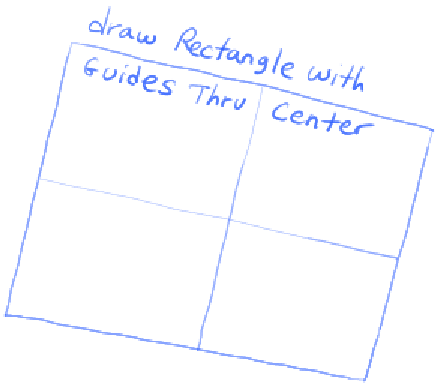 Draw a rectangle with guides thru the center. This will help you figure out where to draw the facial figures. 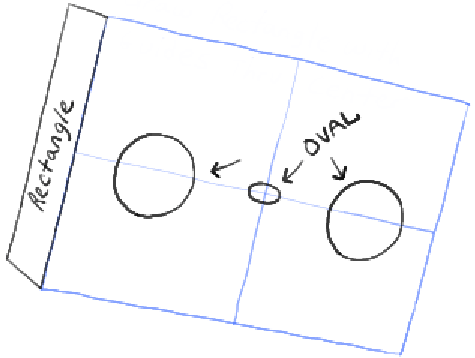 – Draw a rectangle at a slight angle for the side of the first rectangle. 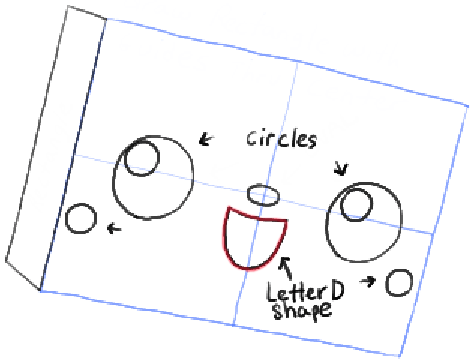 – Draw circles in the eyes and on the cheeks. 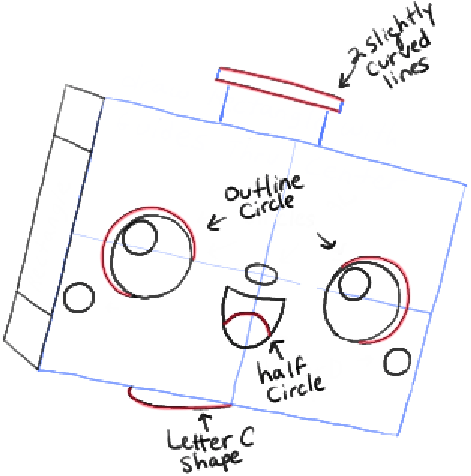 – Draw a few lines on top of the head…then draw curved lines to connect the original lines.

– Draw a sideways letter ‘c’ shape for the neck.

– Draw a half circle tongue.

– Draw 2 lines on the left side of the head. 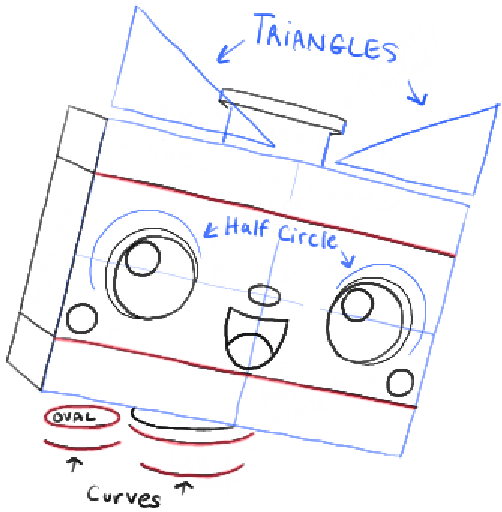 – Draw 2 triangle shapes on top of the head for ears.

– Draw half circle outlines on the outer corners of eyes.

– Draw lines in the face.

– Draw an oval and a few curved lines. 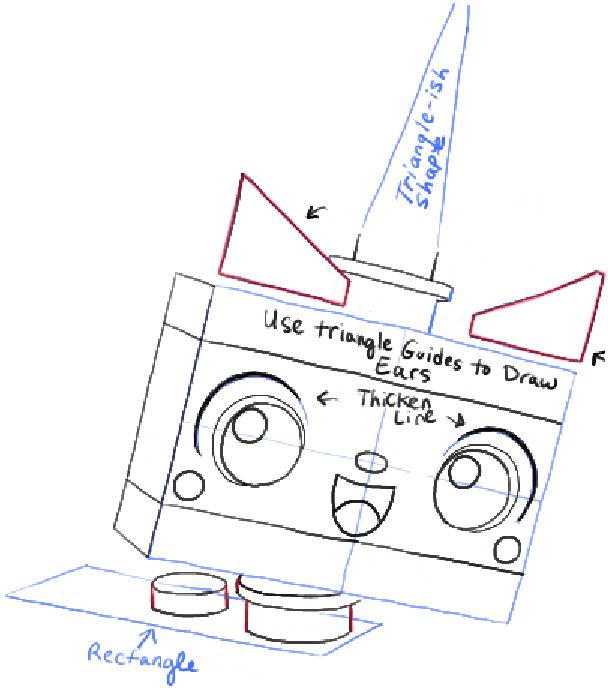 – Take off the inside corner of each triangle ear.

– Draw a triangle-like letter ‘v’ shape for the horn.

– Draw lines connecting the oval and curves from the last step (neck area).

– Draw a rectangle at the bottom of the neck. 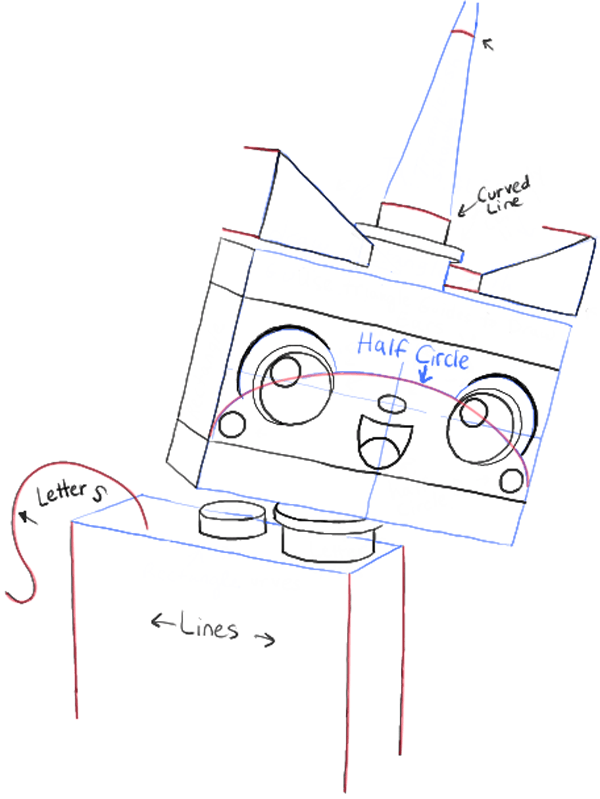 – Draw 2 curved lines on the horn.

– Draw a half-circle inside the head.

– Draw a few lines at the bottom of the rectangle that forms the top of the body. 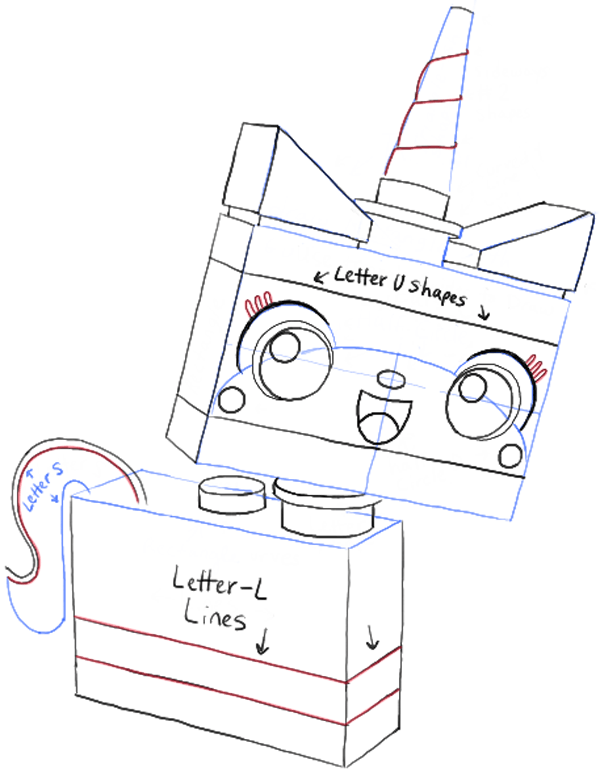 – Draw sideways letter ‘s’-like shapes for the spirals of the horn. 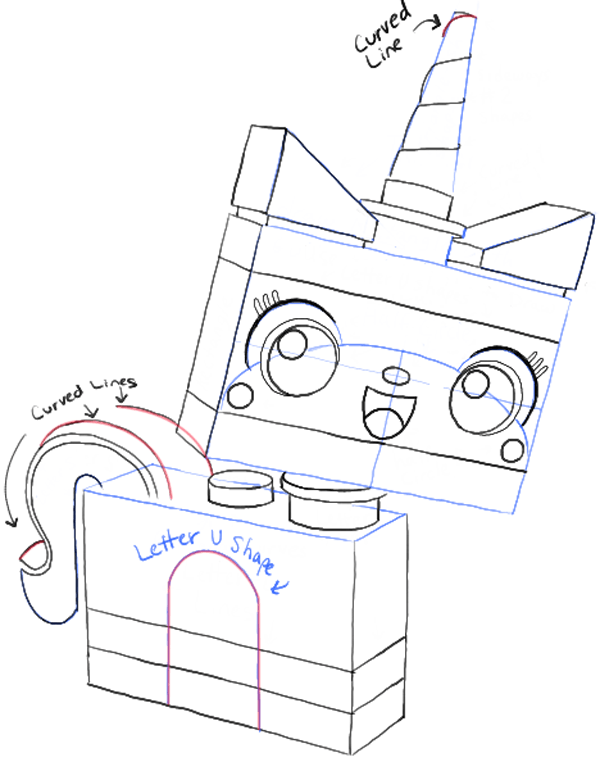 – Draw a curved line at the top of the horn as well as on the tail.

– Draw an upside down letter ‘U’ shape on the body. 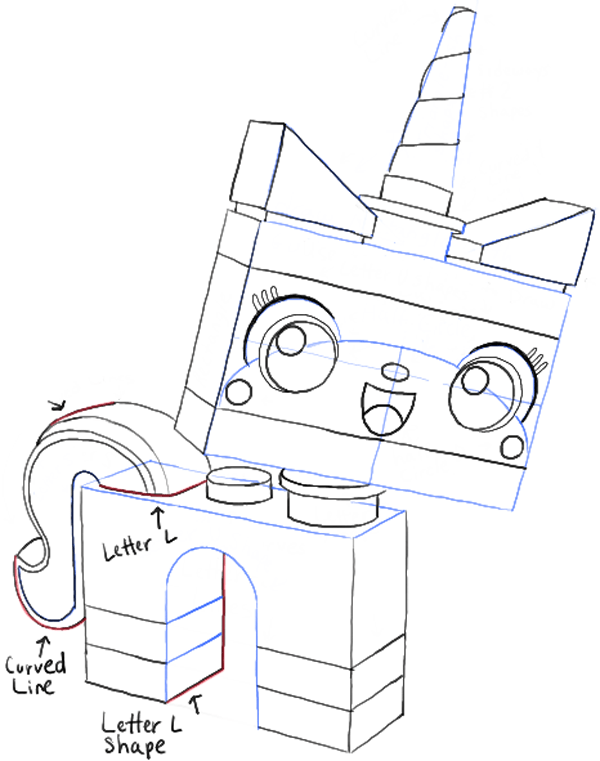 – Draw another curved line on the tail as well as a sideways letter ‘L’ shape.

– Draw a backwards letter ‘L’ shape to finish off the back leg on the body. 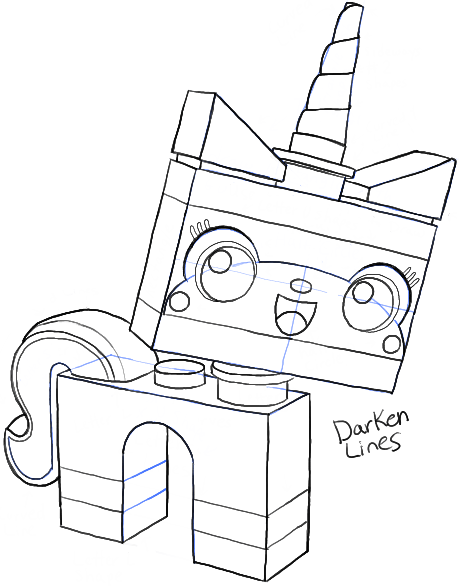 – Erase guidelines (blue in this tutorial) as well as darken or thicken any lines that need to be finished up. 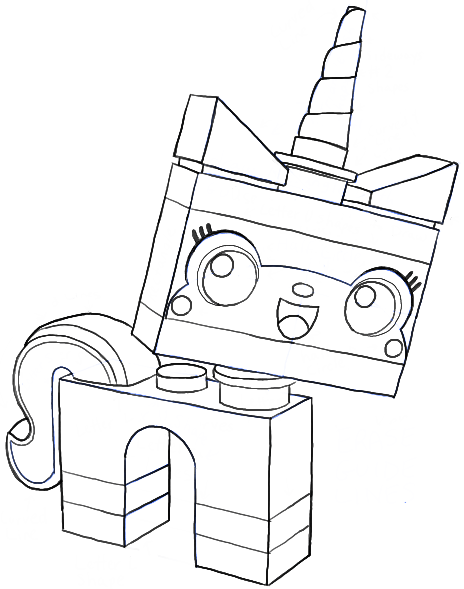 Your Unikitty Minifig should now look like this. Colorize her in if you want…the picture up top should help you. I hope that you had fun and that you come back for more Lego Minifigure tutorials as well as many other types of drawing lessons.