Elsa is the older, blonde-haired sister from Disney’s Frozen movie. She has powers to make ice and snow wherever she goes…however, she doesn’t want to have these powers and doesn’t know how to control it. Find out how to draw Elsa the Snow Queen from Disney’s Frozen with the following simple steps. We will guide you thru the step with simple geometric shapes. 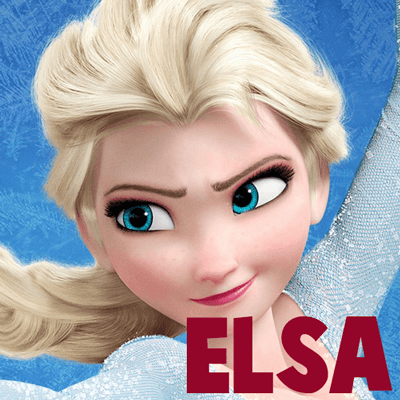 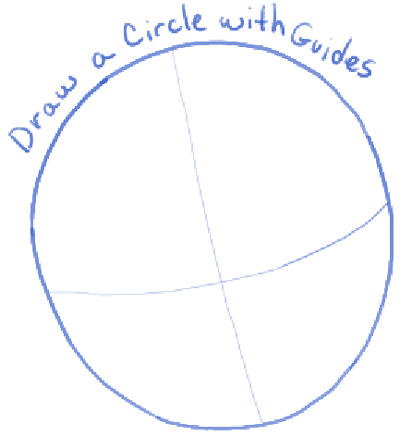 Draw an ovalish-circle shape as seen above. Then draw guidelines thru it to help you place facial features in it. 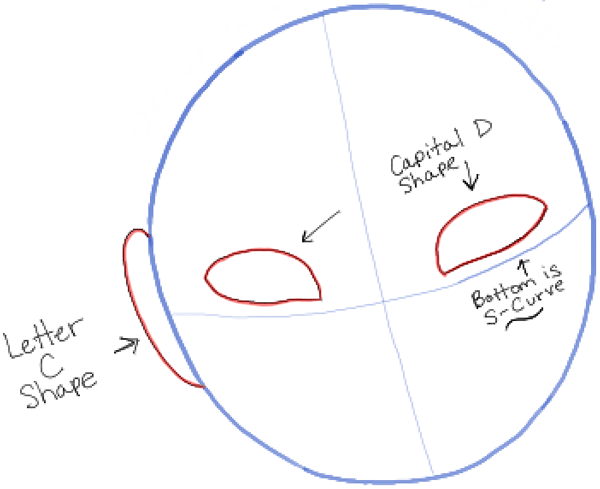 – Draw the eyes : They are basically a sideways capital letter ‘D’ shape…the bottom is an s-like curve though. 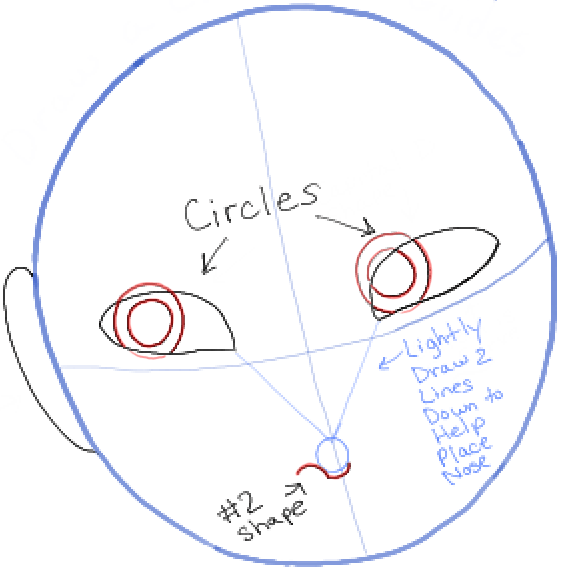 – Draw circles within each eye.

– Draw guidelines down from the eyes towards the center, creating a letter ‘v’ shaped guide. At the bottom, lightly draw a circle guide.

– Draw a #20like shape at the bottom of the guide. 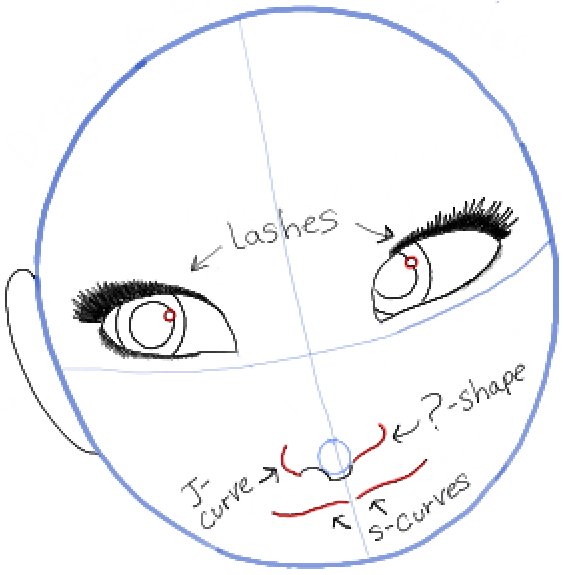 – Draw circle highlights in each eye.

– On either side of the nose draw a shape…on the left, draw an upside down letter ‘J’ curve. On the right, draw a sideways ?-like shape. 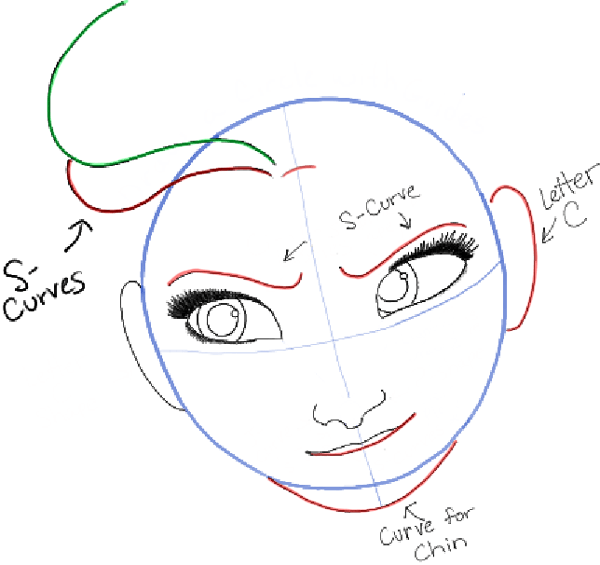 – Draw a curved line for the chin and for the bottom of the top lip.

– Draw a letter ‘c’ shaped curve for the right ear. 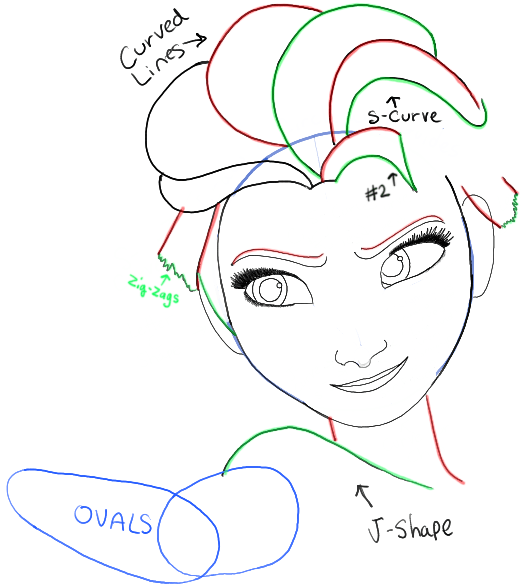 – Draw lines and zig-zags for the sides of her hair.

– Draw letter ‘s’ shaped curves for the top of the eye brows.

– Draw curved lines for the neck.

– Draw a sideways letter ‘J’ shape for the left shoulder. 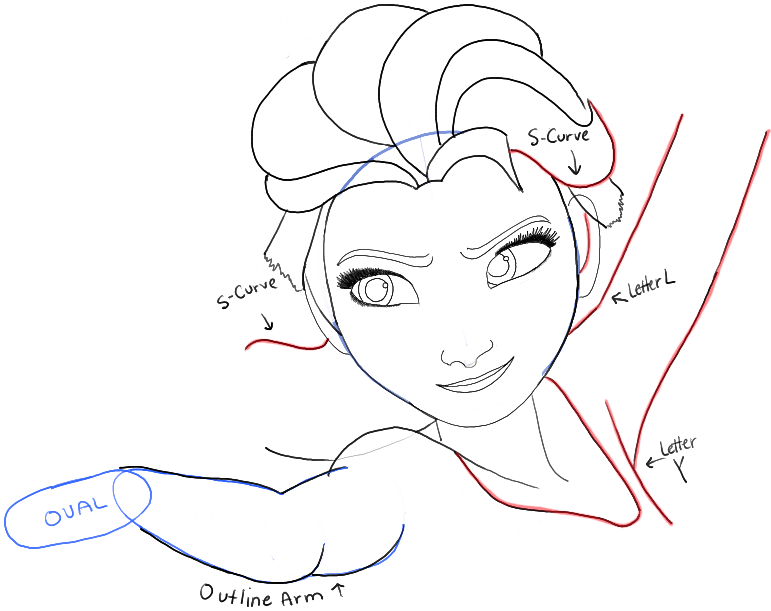 – Draw a curved line in the right ear.

– Draw a letter ‘Y’ shape and a letter ‘L’ shape for the right arm.

– Outline the arm guides. Also draw another oval guide, this time for the left hand. 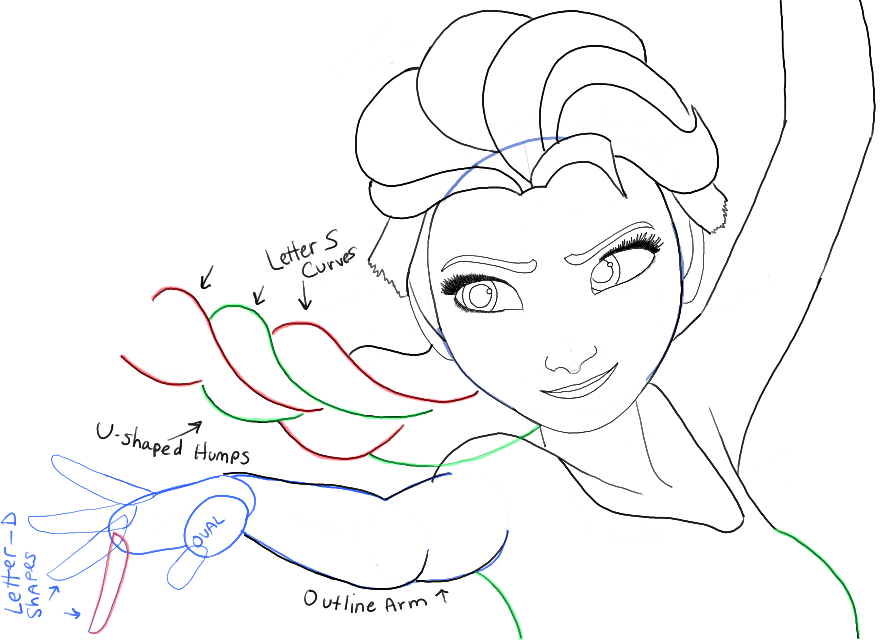 – Draw letter ‘s’ shaped curves as well as letter ‘u’ humps for the braid.

– Draw a curved line on both sides of the body. 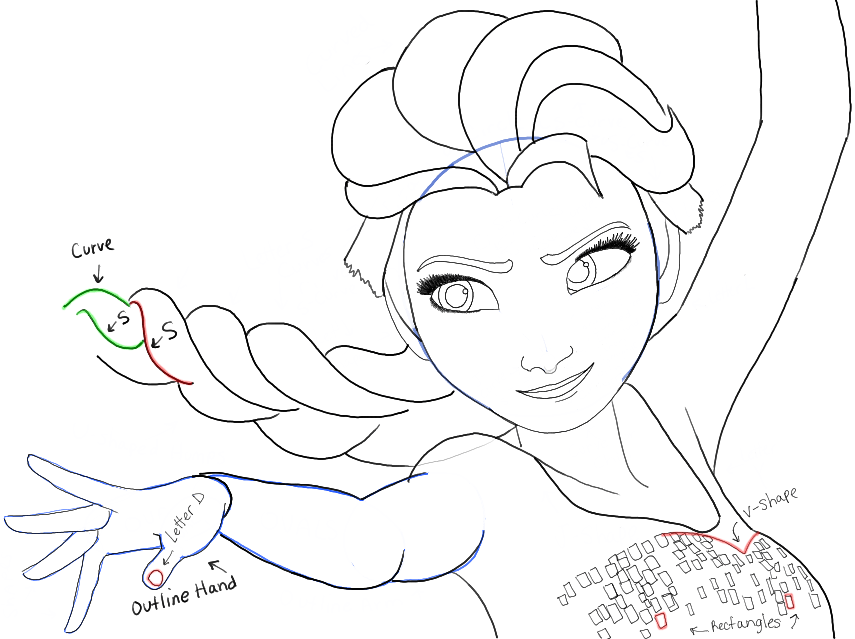 – Draw 2 letter ‘s’-like curves and a curved line at the end of the braid.

– Draw a letter ‘D’ like shape for the thumb’s nail.

– Draw a letter ‘v’-like shape at the top of the dress.

– Draw rectangles all over the dress. 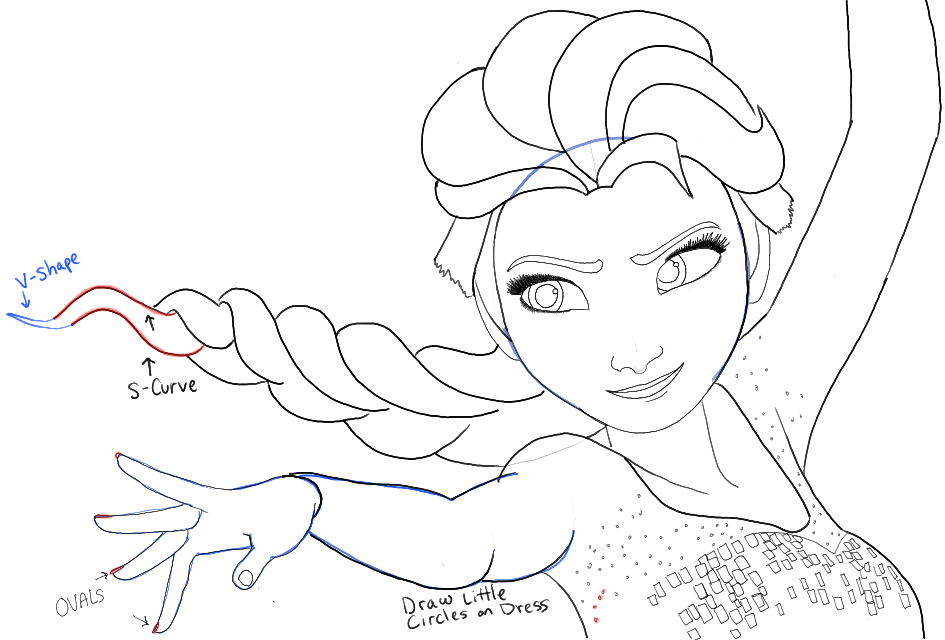 – Draw 2 letter ‘s’-like shapes at the end of the braid. Then at the tip draw a sideways letter ‘v’ shape.

– Draw ovals for the nails of her left hand. 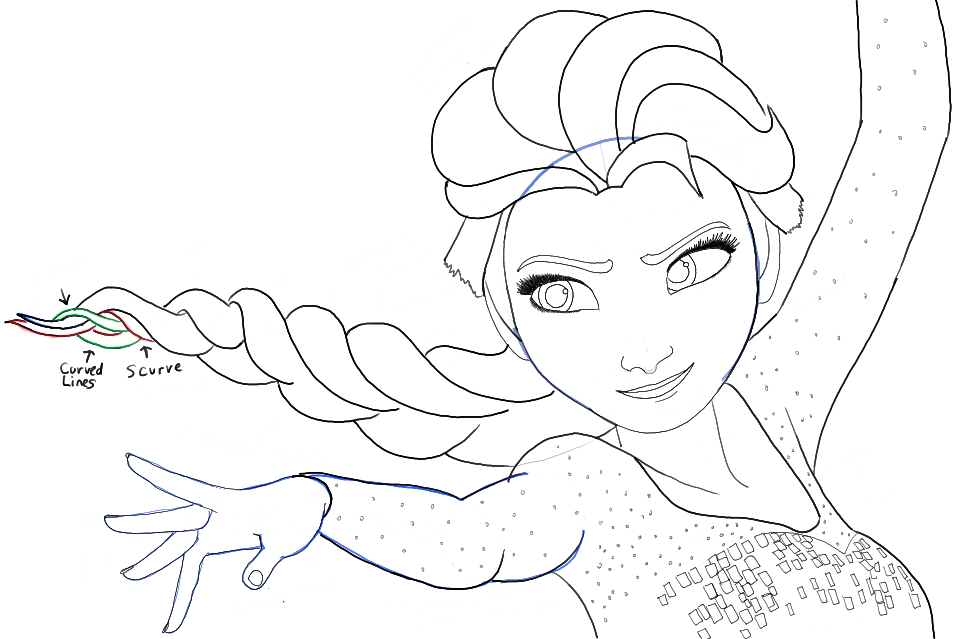 – The end of the braid is complicated. I tried to break it down for you into simpler shapes. Draw some curved lines and a few letter ‘s’ shaped curves. 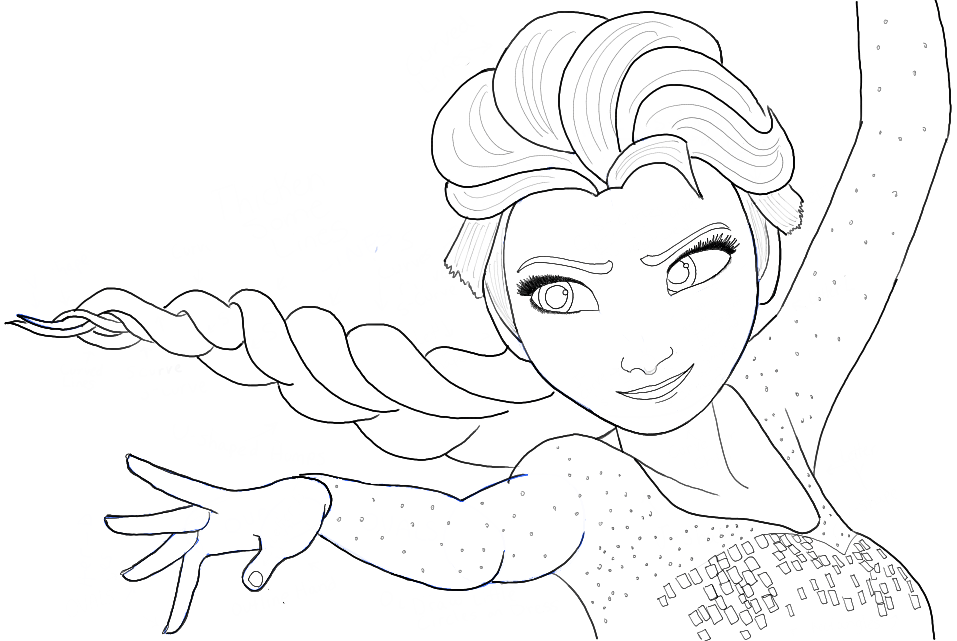 – Erase guidelines that aren’t needed any more. Thicken or blacken any lines that need some work. I hope that your Elsa turned out great. Come back for more Frozen drawing tutorials as well as many other types of drawing lessons.