Today I will show you how to draw Prince Hans from Disney’s Frozen. He is the horrible Prince who betrays Princess Anna at the end of the movie. I will guide you thru the drawing steps in as simple a way as I can..using geometric shapes, alphabet letters, and numbers. Find out with the following lesson. 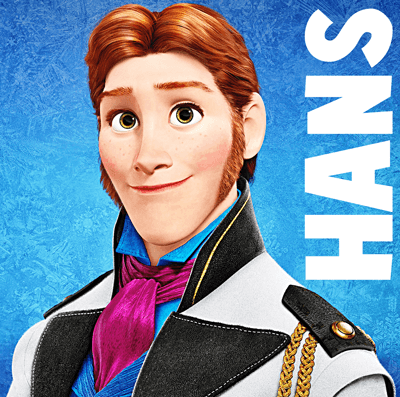 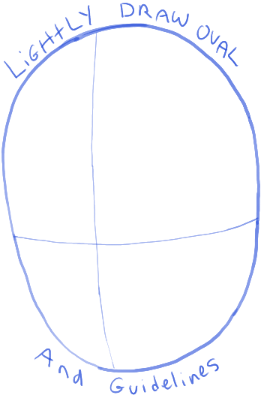 Lightly draw an oval. Then draw guidelines within the oval to help place facial features. 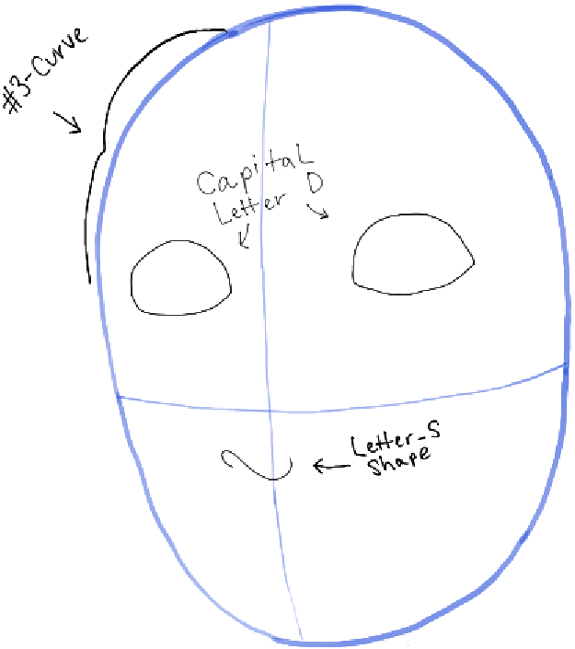 – Draw a flattened #3-like shape on the upper left side of the head.

– Draw a sideways letter ‘s’ shape for the nose. 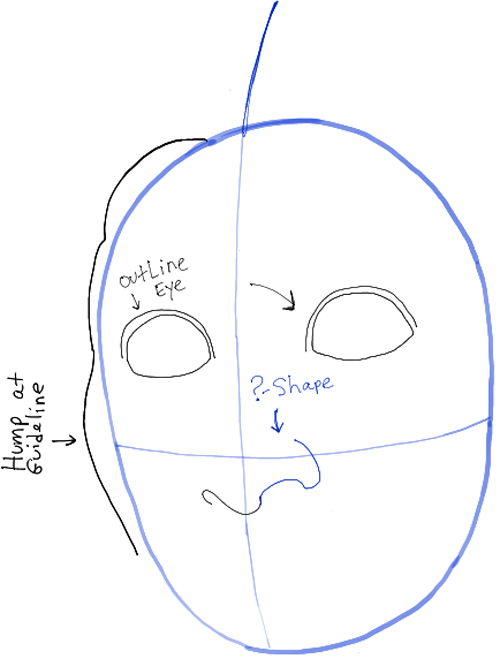 – Draw a curved line at the left side of the head…the lump is at the middle guideline.

– Draw lids on the eyes.

– Draw a sideways ?-like shape for the right-side of the nose.

– Elongate the top of the middle guide for the center of the hair line. 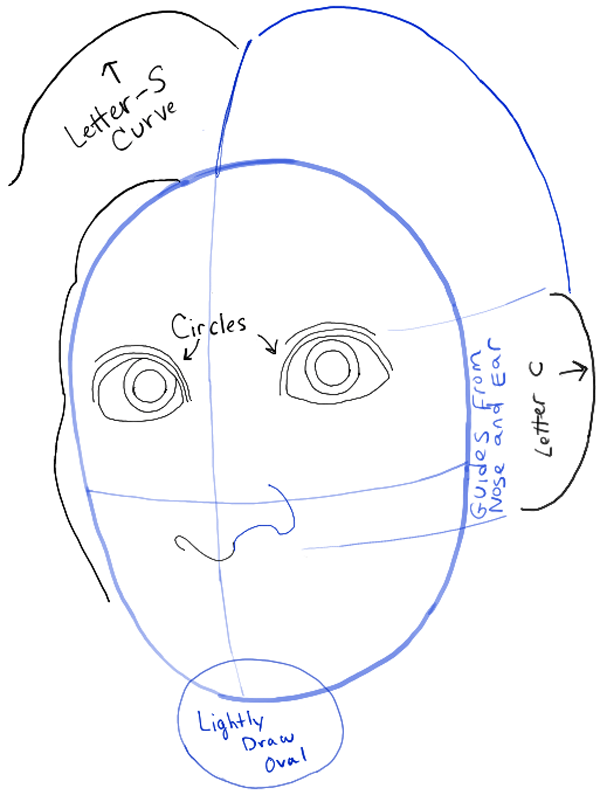 – Draw a letter ‘S’ shaped curve on the upper left hand side of the head.

– Draw circles within the eyes.

– Lightly draw guidelines from the bottom of the nose and the top of the eye – over to the right. This will be where you need to draw the ear…which is shaped like a letter ‘C’.

– Lightly draw an oval guide for the chin. 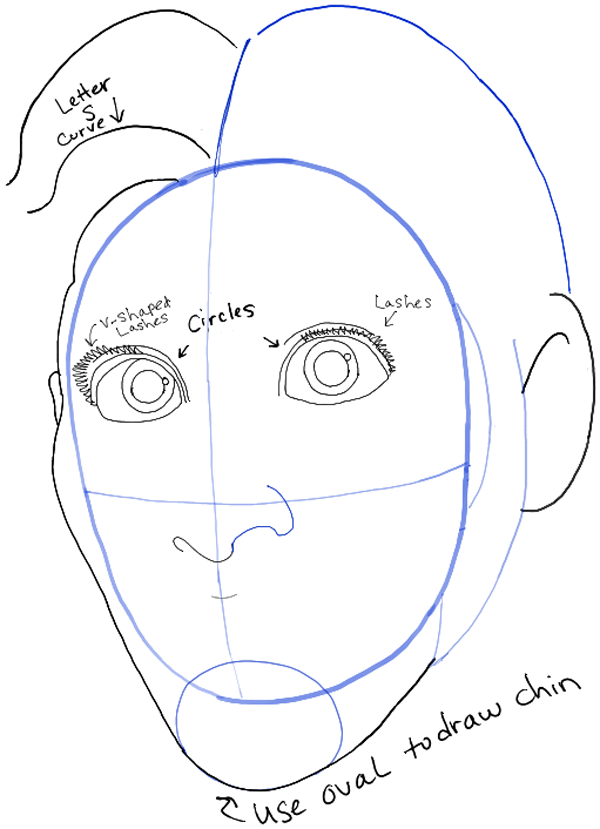 – Draw another letter ‘s’-like curve in the hair.

– Use the oval chin guideline to help you draw the real outline of his chin/jaw.

– Draw a curved line for the middle of the lip.

– Draw circle highlights in the eyes.

– Draw a curved line in the ear. 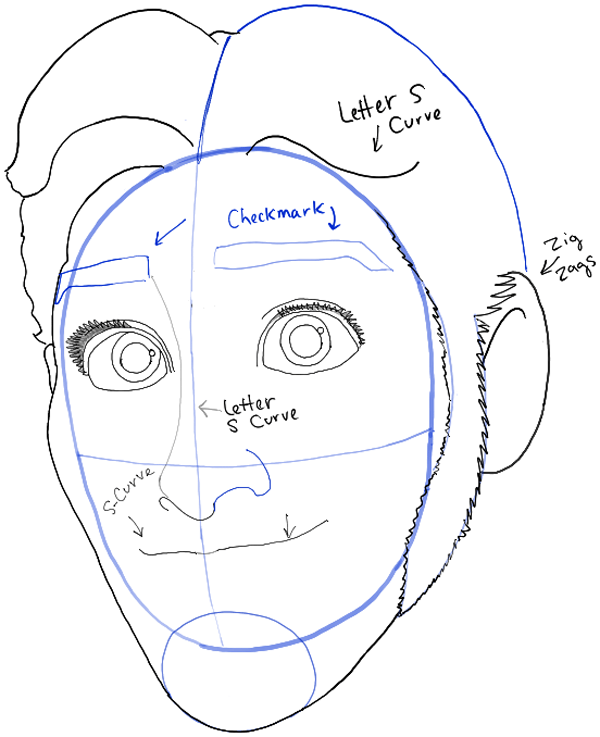 – Draw a very flattened letter ‘S’ curves on both sides of the middle of the lip.

– Draw a letter ‘s’ curve for the bridge of the nose.

– Draw a letter ‘s’ curve in the hair as well as a few other lines.

– Draw zig-zaggy lines over the side burn guideline that you drew in the last step. 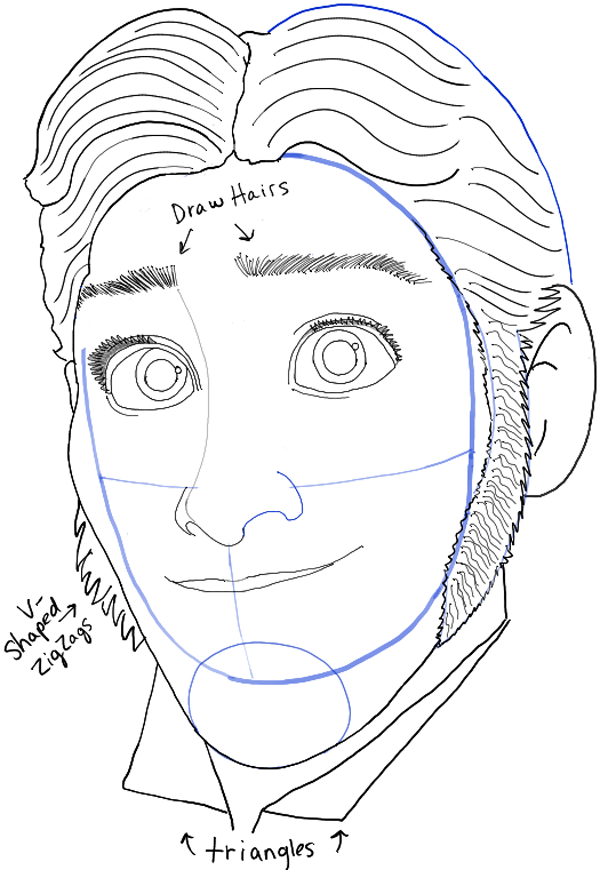 – Draw a curved line for the bottom of the top lip.

– Draw zig-zags for the hair on the left side of his face.

– Draw triangle-like shapes for the collar. 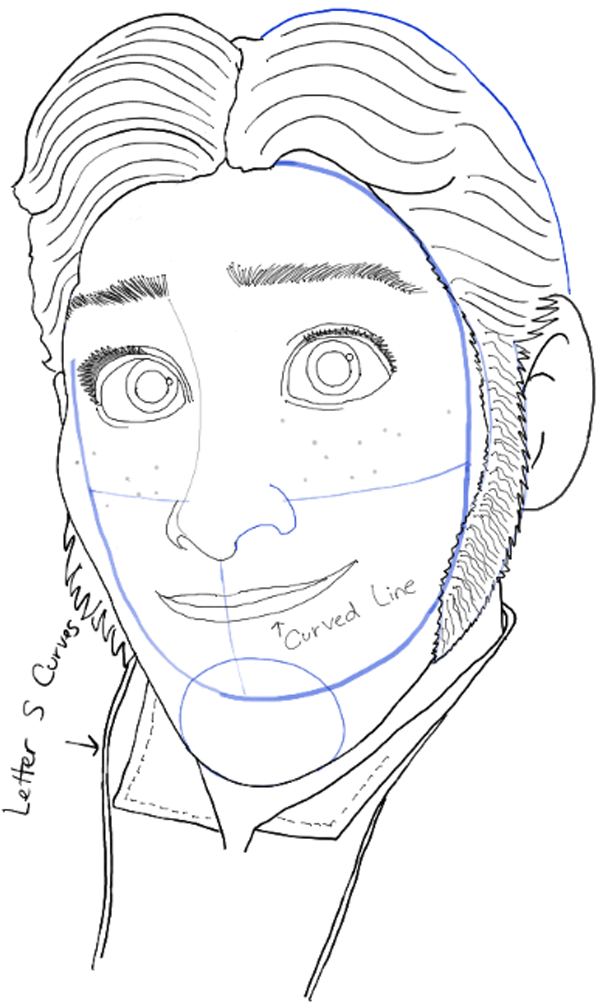 – Draw a curved line for the bottom lip.

– Draw little dashed lines inside the collar for stitches.

– Draw 2 letter ‘s’ shaped curves on both sides of the shirt. 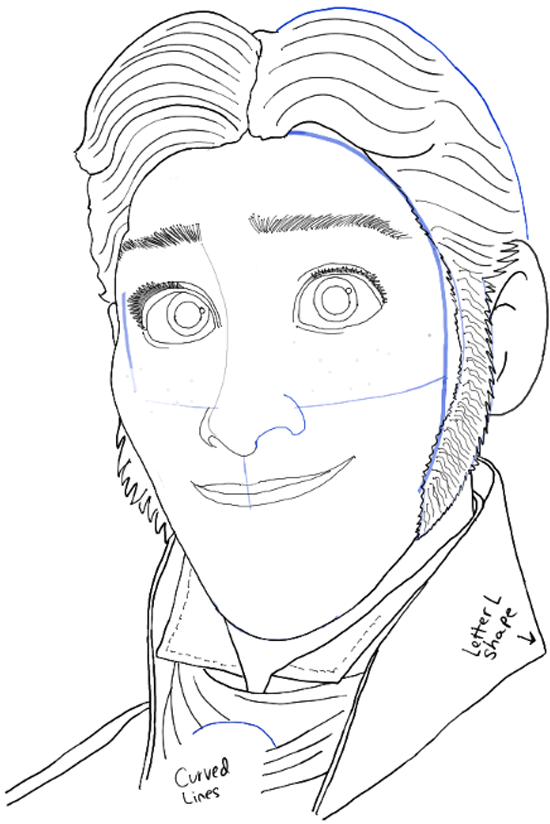 – Draw a letter ‘L’ shape on the right side of the shirt.

– Draw some curved lines under the collar.

– Draw a curved line for the button on the left side of the shirt. 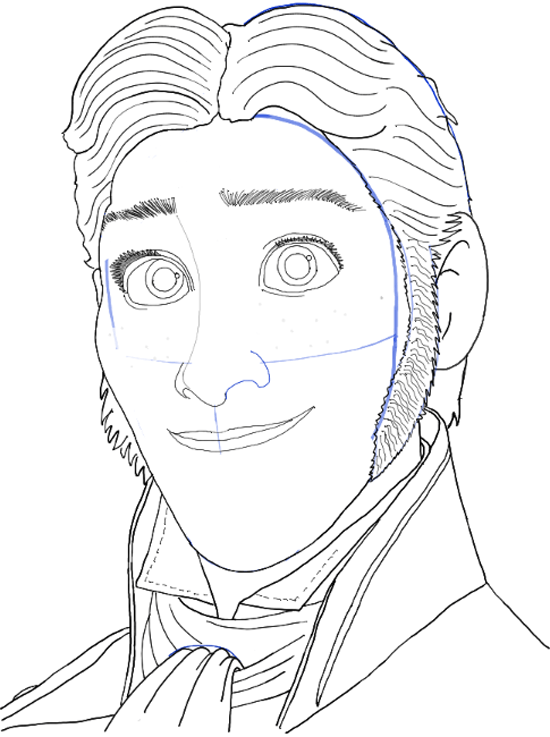 – Draw a letter ‘N’ shape under the ear. 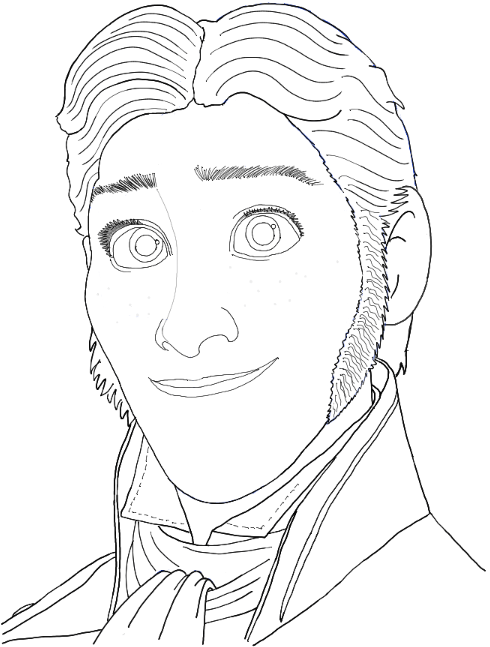 – Erase the guidelines and then darken or thicken any lines that need some work. Come back for more Frozen tutorials as well as other types of drawing lessons.