Today I will show you how to draw Hookfang from How to Train Your Dragon 1 and 2. Hookfang is a Monstrous Nightmare and is huge with a 68 foot wingspan in the movie. I will guide you to drawing him with simple to follow, step by step instructions. 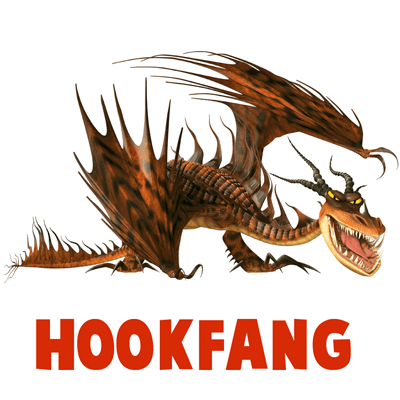 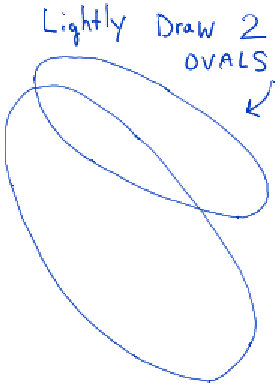 Lightly draw 2 ovals as seen above. 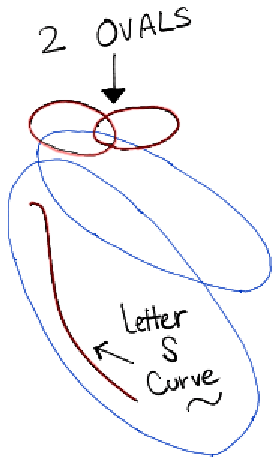 – Draw 2 ovals for eyes and draw a curved line in the bottom oval. 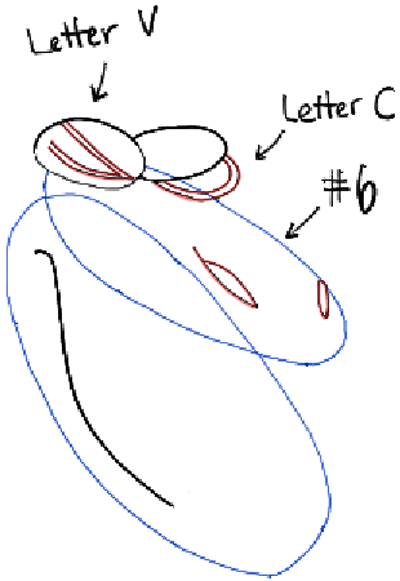 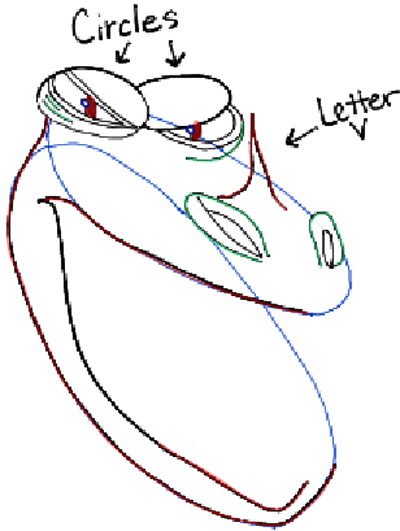 – Draw circles in the eyes.

– Outline the mouth and nostrils.

– Draw an upside down letter ‘V’ shape for the face’s horn. 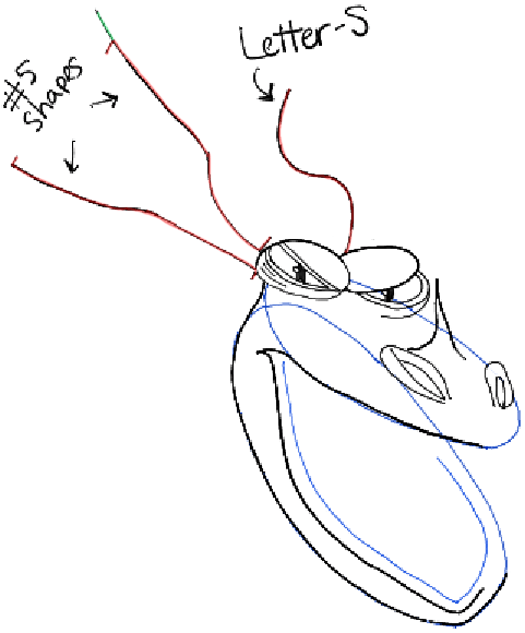 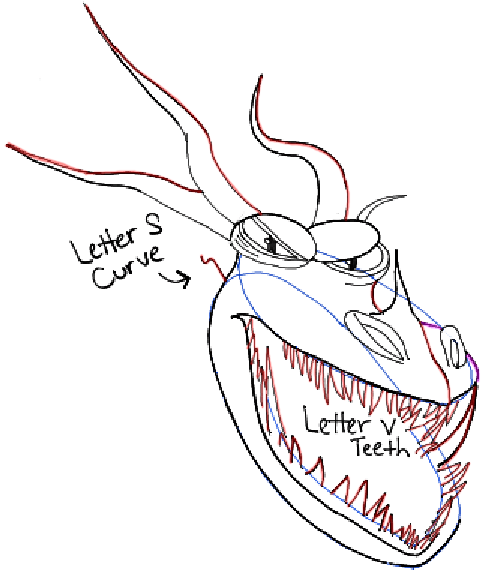 – Draw some details on the face.

– Draw a letter ‘s’-shaped curve on the left side of the face.

– Finish the outside shape of the horns with letter ‘s’-like curves. 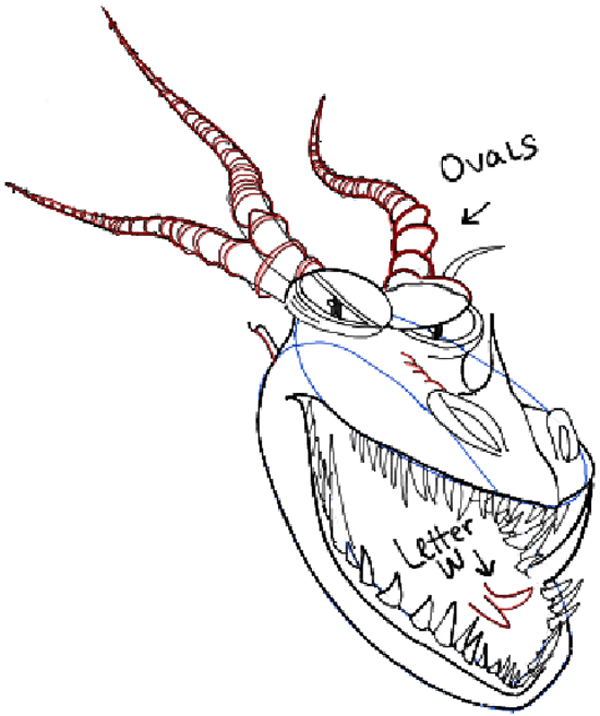 – Draw ovals in the horns.

– Add some other details to the face. 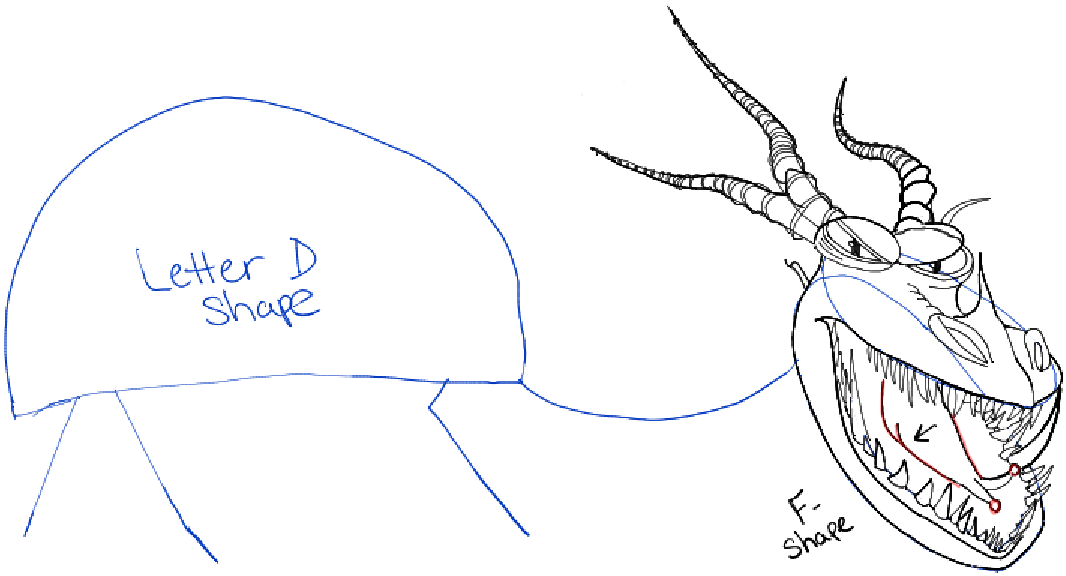 – Draw a letter ‘F’-like shape inside the mouth…also draw 2 circle-like shapes and a curved line.

– Outline the neck and leg. The upper part of the neck is made up of letter ‘L’-like shapes. 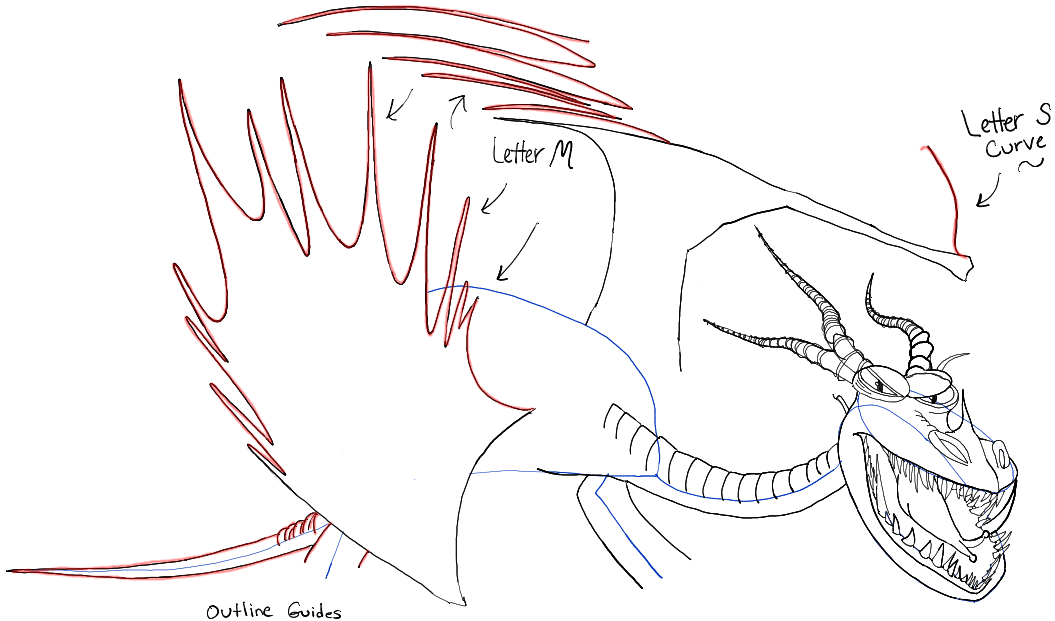 – Outline the tail with a letter ‘V’-like shape.

– Make wiggly-letter ‘M’-like shapes on top of the left wing and on the left side of the right wing. Also draw a backwards letter ‘s’ like curve for that wing. 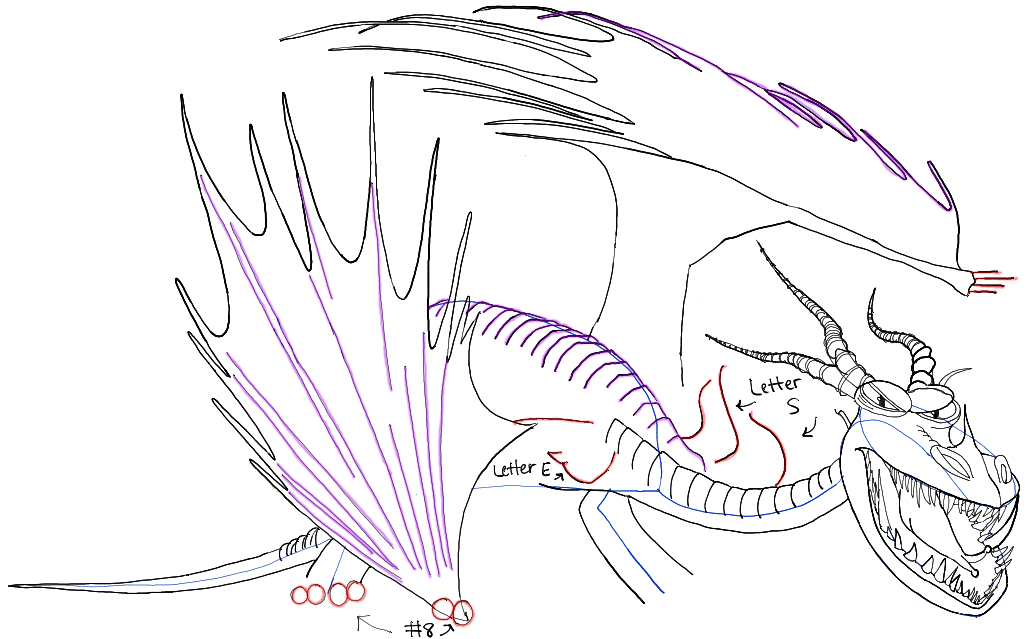 – Draw lines within the left wing.

– Add other details to the dragon. 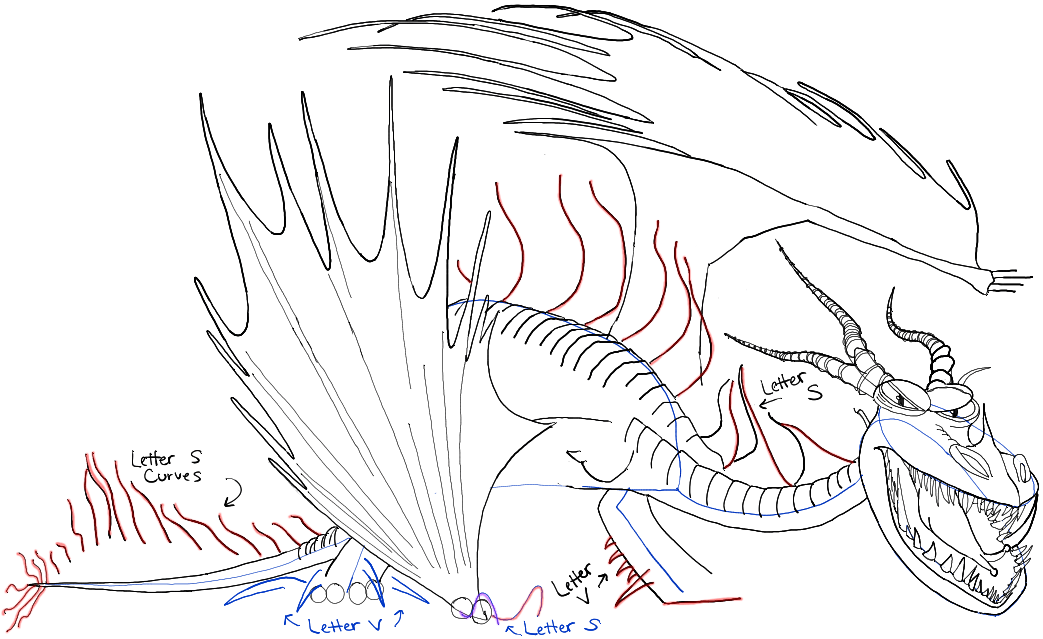 – Draw letter ‘s’-like curves on the tail and body.

– Draw letter ‘v’-lie shapes for nails and 2 letter ‘s’-like shapes on the the wing foot. 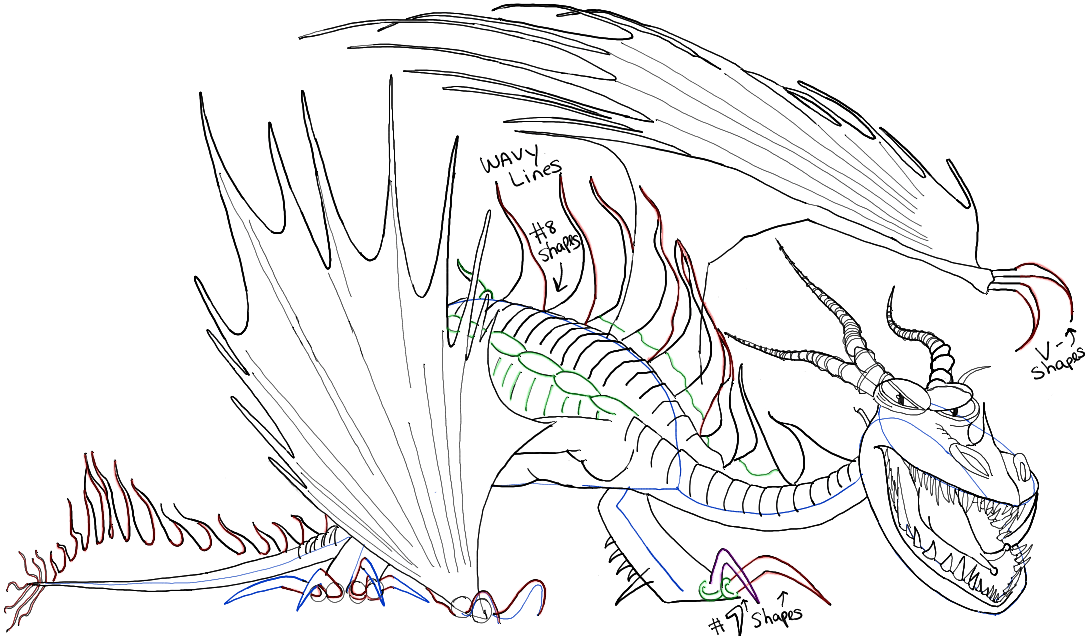 Finished Drawing of Hookfang the Dragon 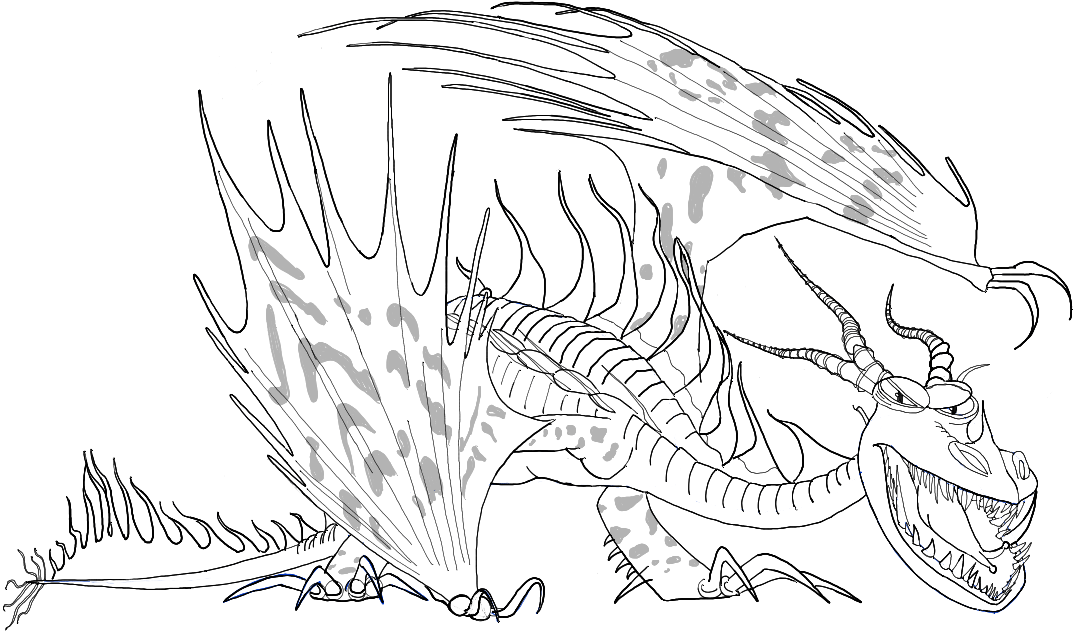 – Erase the guidelines and darken any remaining lines that need it.

– Add spots and design-ish shapes to wings and legs.