Learn how to add shadows to a sphere with the following drawing lesson found in an old textbook. Techniques for drawing shadows are the same today so this lesson should help you. Find the tutorial below. 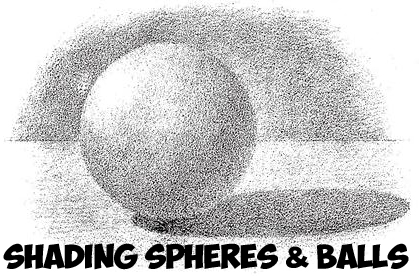 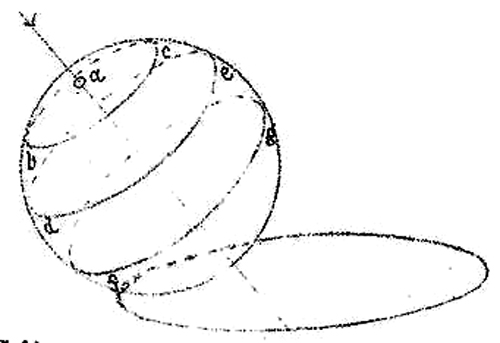 A solid rubber ball whitened with chalk will do very well if you don’t have a white ball. If now this light fall in the direction indicated by the arrow (above), the point immediately under the light—where the rays strike most perpendicularly—must necessarily be the brightest. As the surface of the sphere falls gradually away on all sides from this point, the light strikes at a less and less angle, and we should there- fore expect to find a gradation on all sides from the high light. The rays at length fall so acutely that they form tangents on all sides of the sphere. The line joining these touching points will be a circle, and will mark where the half-tone ends and the shade commences. Thus, if we consider the perpendicular ray to pass through the sphere as an axis, circles drawn on the surface of the globe in planes at right angles to this line will have all the points in their respective circumferences at equal distances from the pole : i.e., from the highlight. Thus the depth of tone should be equal all along the circle bc, and so with de and fg ; and, as we have seen, the edge of the shade will run along a circle at right angles to the line of direct light. 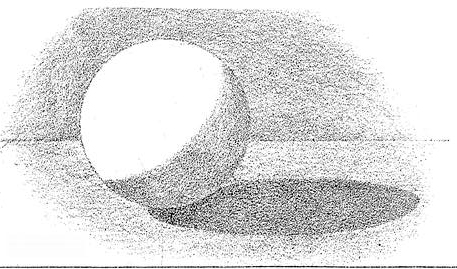 Indicate lightly the position of the high light and the edge of the shade on the sphere. Draw carefully the cast-shadow. Shade the shadow, back- ground, and ground-plane. Put on the tone of the shaded portion equal in depth to its lightest part. 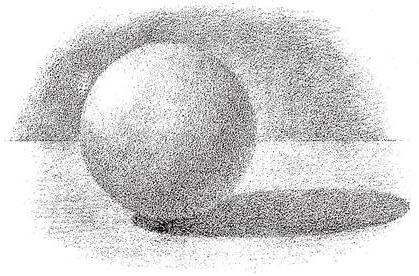 The darkest shade is not found next the ground-plane, for the lower parts will be brightened by reflected light. The darkest part will therefore appear near the edge of the shade, and will thence gradate towards the ground-plane. Add this dark tone and gradate.

Gradate the half-tone lightly from all sides towards the high light.

Darken the shadow under the sphere, and add a slight tone on the shade, just beside the shadow, where it receives little reflection.