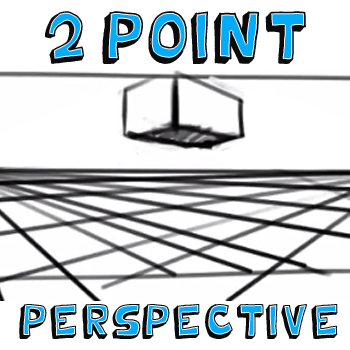 How to Draw in Two Point Perspective : Drawing Guide

With 2 point perspective, we first draw a picture plane (the rectangle that you see above).

Draw a horizon line. You should draw 2 vanishing points. I like to make them far apart so the scene seems more natural.

Draw a vertical line anywhere around where I drew mine. It is easier to start with one vertical line…you will see why.

Then start drawing lines that lead back to the vanishing points.

So now, we have the freedom to place the next vertical lines wherever we want to. So you will see we placed two vertical

– Now what we do is draw a line from the left rectangle to the right vanishing point(Highlighted in green).

– And draw a line from the right rectangle to the left vanishing point (Highlighted in red).

So you have now created a very 3-dimensional looking box without doing anything very complicated at all. Believe it or not, you just used 2 point perspective.

Erase the lines that you don’t need, so that you just have the 3-dimensional box, the picture plane, and the horizon line left, as seen above! 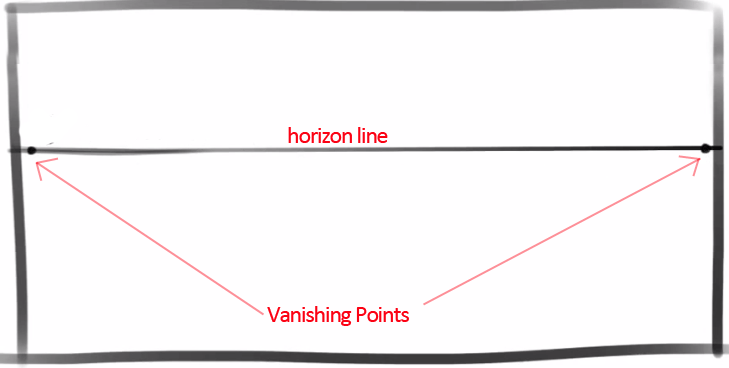 So you want to draw the picture plane again. Then draw a horizon line and draw vanishing points so that they are far apart from each other.

Now I’m going to show you what 2 point perspective looks like with a grid. In other words, if there was a grid of 2-point perspective lines, this is what it would look like. This will help you see why certain lines go in certain directions.

This is a quick perspective grid, you can see how the space recedes back. Not the cleanest…but this is what it looks like. This is what a tiled floor would look like in 2 point perspective.

Difference you will see between 1 and 2 point perspective 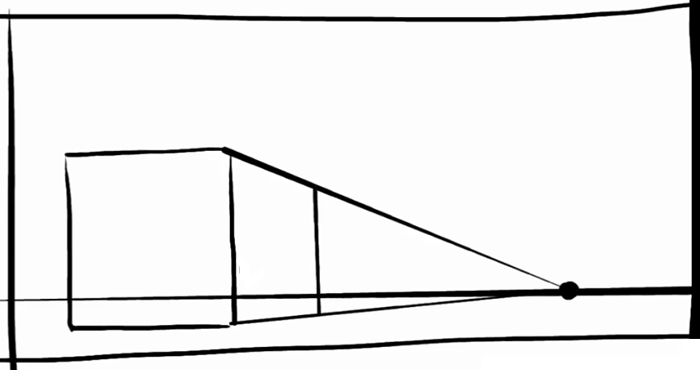 Now draw a vertical line above the horizon line (I highlighted it in red).

Then draw lines back to the vanishing points (I highlighted it in green).

Now draw 2 more vertical lines (I highlighted it in green).

Then draw lines back to the vanishing points, from the bottom of every line. (I highlighted it in red).

Then just erase any lines that you don’t need and shade in the bottom of the box (where not light is able to hit it).