Here is a drawing lesson from an old textbook discussing how to draw a ball or sphere inside a bowl. This tutorial centers on adding the shadows in and shading graduation in order to make a realistic looking drawing. 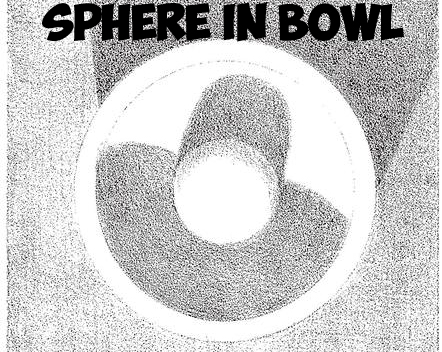 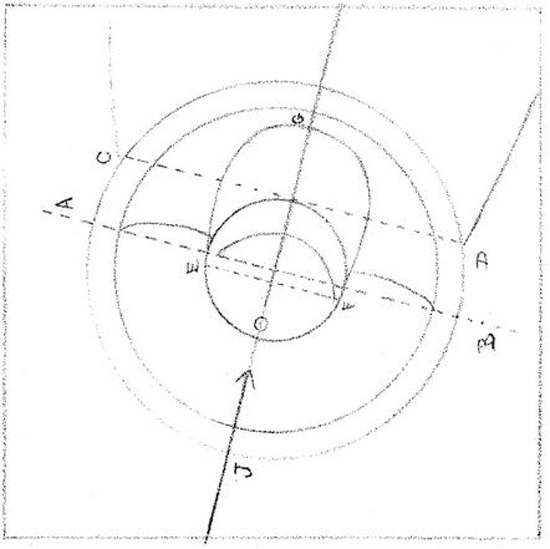 Draw  the three concentric circles, representing respectively the edges of the bowl and the, outline of the sphere. The arrow shows the direction of the rays of light. Consequently, the high lights will be on the sphere at the point marked o, in the bowl at G, and on the edge at J. The line AB, joining the extreme points of the shadow thrown within by the bowl ; the line CD, joining the points of the shadow thrown without by the bowl; and EF, joining the edges of the shade on the sphere, are at right angles to the direction of the rays of light. The line OG nearly bisects the cast-shadows. 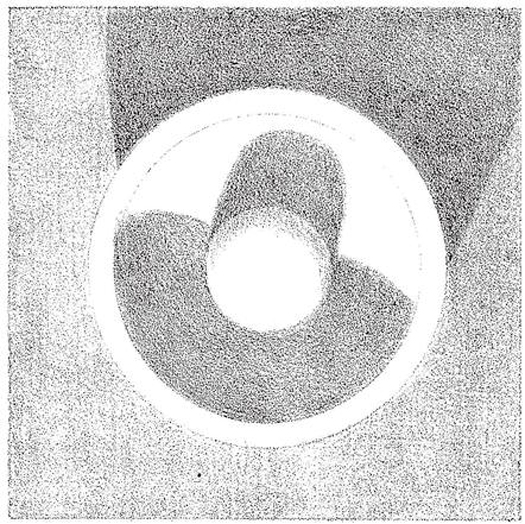 Draw carefully the cast-shadows and the shade on the sphere. Shade the background lightly, and the cast-shadows and shades of an even tint equal in depth to their lightest tone. For instance, the general tone of the shadow thrown outside by the bowl is darker than the shadow thrown by the sphere, and this in turn darker than that thrown inside by the rim. In all cases keep the edges of these shadows well defined. 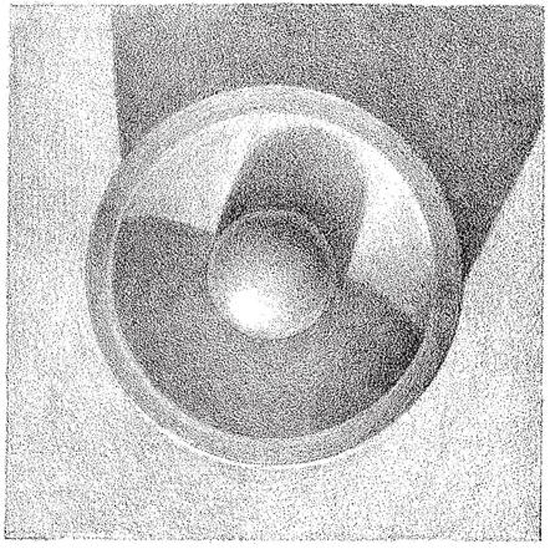 Shade the rim of the bowl, which is slightly darker than the background. Add the darkest part of the shade on the sphere, and gradate towards the right edge. Gradate its half tone towards the high light.

Gradate the half-tone on the bowl to its high light at G. The whole tone is lighter than the background. With a piece of bread lighten the chalk along the extreme left edge of the bowl at J, so as to leave its high light.

Darken the shadows where required. The shadow within the bowl cast by the edge will be darkest where it meets the half-tone, and along the extreme left That is, the central part of the shadow is lightest, for it is lit up by reflected light. The shadow of the sphere will be lightest towards the center. In both cases a gradation should be laid over the whole tone from the center to the edges. The shadow thrown outside by the bowl will be darkest near the rim and along its lowest edge.